South Africa wing Aphiwe Dyantyi has been handed a four-year ban for doping after failing to prove that he took multiple performance-enhancing drugs in error, officials confirmed on Monday.

Dyantyi, 26, tested positive for metandienone, methyltestosterone and LGD-4033 while in camp with the Springboks last July and pleaded guilty to a doping charge, though he insisted he unknowingly ingested the substances while drinking from a friend’s water bottle at the gym.

‘The three-person panel accepted the guilty plea of the athlete to the doping charge. They found that the athlete had failed to satisfy the burden of proof to establish that his positive dope test was not intentional,’ the South African Institute for Drug-Free Sport said in a statement. 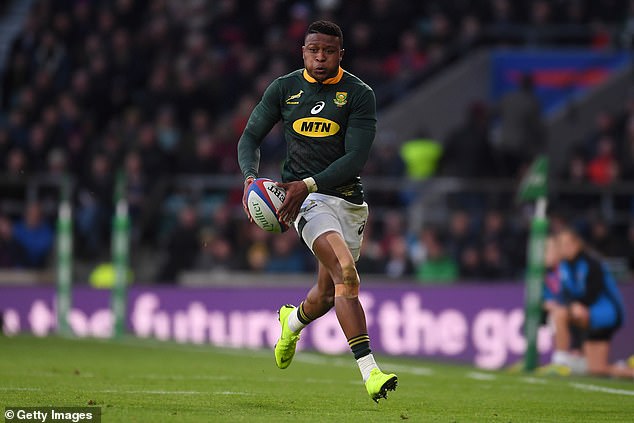 Aphiwe Dyantyi has been banned until August 12, 2023 for taking performing-enhancing drugs

‘Mr Dyantyi is effectively banned from participating in sport from the date of 13th August 2019, when he was provisionally suspended, to 12th August 2023.’

‘The decision makes no sense. My legal team and I plan on analysing the decision next week, and we will decide whether to appeal. If it were up to me, we would definitely appeal,’ Van der Merwe said. 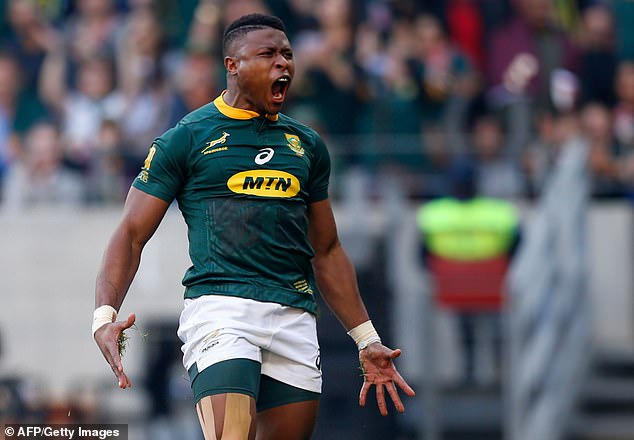 The wing made his international debut against England two years ago and played 13 tests for the Boks, scoring six tries, leading to him being named World Rugby Breakthrough Player of the Year in 2018.

His ban comes a month after former Bok hooker Chiliboy Ralepelle lost an appeal against an eight-year ban for doping.