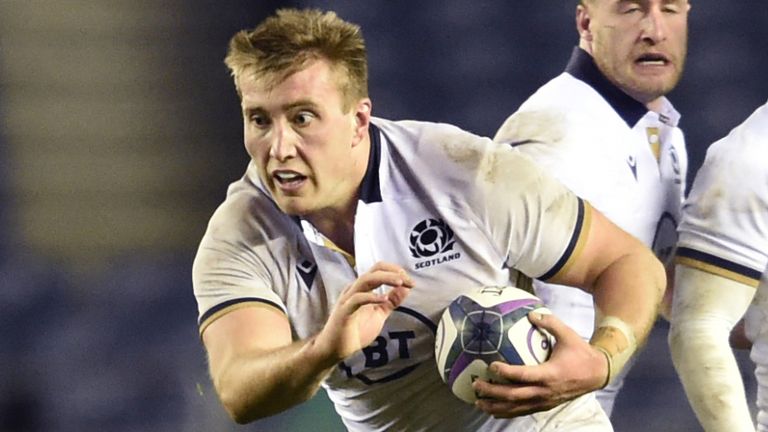 It was a quiet weekend with the cancellation of European fixtures, but there was still some rugby action to enjoy both on these shores and in France.

There were four fixtures in the Top 14, while the Glasgow-Edinburgh derby went ahead in the PRO14 and Saracens returned to action against Ealing Trailfinders.

Here, we take a look at some of the star performers from those matches…

The full-back capped a strong showing with a try as Castres fought back from five points down at half-time to win 21-19 away to Montpellier in Sunday’s re-arranged Top 14 clash.

As well as crossing the whitewash, Dumora covered 46 metres with the ball in hand, assisted a break and recovered four loose balls for the visitors.

The France international was among the try-scorers for Clermont as they were held to a 16-16 draw away to Bordeaux Begles in the Top 14 on Saturday.

That came on the back of Penaud beating one defender, making one initial break and one supported break, as well as recovering three loose balls. 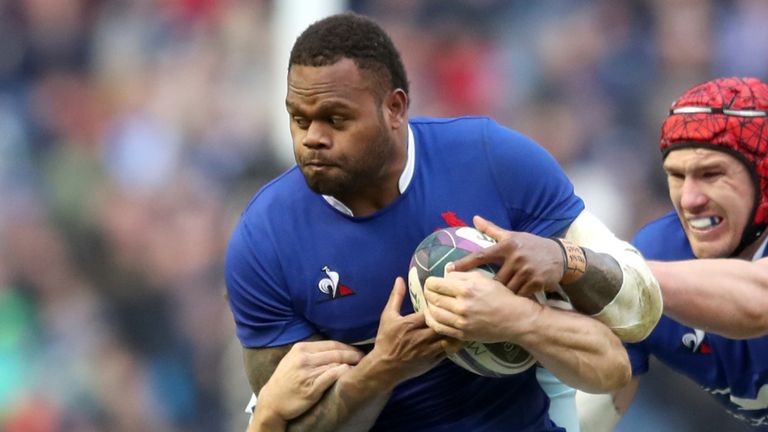 The Fiji-born France international was in great form for Racing against Toulon, but unfortunately could not help his side avoid defeat.

As well as providing an assist for a try, Vakatawa carried for 132 metres, beat 10 defenders, made two initial breaks and one supported break.

The 23-year-old made an important contribution in defence for Bordeaux to help ensure it finished honours even between them and Clermont.

Uberti led the way with 13 tackles for the home side and won a turnover, as well as recovering a loose ball. He also beat one defender with the ball in hand.

Clermont’s other French national team winger played a key role for his side in the draw with Bordeaux too, providing the assist for Penaud’s score.

Raka carried for 43 metres too, beating one defender, making one initial break and one supported break in the process.

The 21-year-old was making his first professional start and he rose to the occasions, being named man of the match as Glasgow edged out rivals Edinburgh in Saturday’s PRO14 clash.

Thompson kicked 13 points for the hosts, plus provided the passes for two breaks and came up with two loose ball recoveries and a charge down.

The scrum-half crossed the try-line in the first half to help the visitors on their way to a 29-23 win away to Racing 92 in Sunday’s Top 14 clash.

Serin made some effective carries too with an average gain of 7.3 metres, along with one supported break.

The scrum was close-fought in the clash between Racing 92 and Toulon, but the visitors had the edge when it came to winning key penalties at the set piece.

Gros, who got through 64 minutes’ work in the front row as well, played a part in that as his side closed the gap on third-placed Racing.

2️⃣ tries and a Man of the Match Award for the 🐐 Alun Walker on his first game back 👌🏻 pic.twitter.com/1BVsQLdmb0

Ealing’s first competitive game since March last year saw them pitted against relegated Saracens in the Trailfinders Challenge Cup and the hosts rose to the occasion.

Walker was named man of the match for his starring role in the 27-26 win, with the hooker forcing his way over for two tries on a memorable afternoon for Ealing.

The Scotland international scrummaged hard in the win over Edinburgh to help the Warriors gain four penalties at the set piece.

Fagerson was at the heart of the action for his team with the ball in hand too, taking Glasgow’s joint-highest number of carries with 16 and beating two defenders – as well as making 13 tackles.

The South African could hardly have asked for a better debut in Ealing colours as he played a big role in the pack for the side in their victory over Saracens.

Former Southern Kings second row De Wee made his physical presence felt against the former Gallagher Premiership and European champions, as well as getting through a full 80 minutes.

The France U20 put in a big defensive shift for his team against Montpellier as they moved up to ninth in the table.

Vanverberghe made a team-highest 16 tackles with a 100 per cent completion rate. In attack, he got away one offload and beat one defender as well. The Argentine back row was dominant at the line-out for the hosts as they battled to a draw with Clermont.

Petti won six line-outs for his side during the match, including coming up with three steals as the home side earned a share of the spoils.

The French flanker was strong in both attack and defence for Castres against Montpellier, as well as winning four line-outs for his team.

Kornath covered 44 metres with the ball in hand, along with beating two defenders and making two initial breaks, while on the defensive side he made 15 tackles.

The younger of the Fagerson brothers capped an impressive display in the back row for Glasgow with a try in the second half of the clash with Edinburgh.

The No 8 won two turnovers for his side and came up with 11 tackles in defence to help the home side hold on for a slender win at Scotstoun.