‘We just need to tidy up a few things and we will be alright’: Telusa Veainu confident Leicester Tigers’ future remains in safe hands despite recent on-pitch struggles

Leicester Tigers are finding their feet again after a challenging period in their history, according to star full-back Telusa Veainu.

The club are struggling this season and would be bottom of the Premiership table were it not for the 72-point deduction and automatic relegation handed to Saracens for salary cap breaches.

However, an 18-9 victory over midlands rivals Wasps three weeks ago – in which Veainu scored – gave the side momentum they carried into an important win over Worcester last weekend to move within one point of the Warriors. 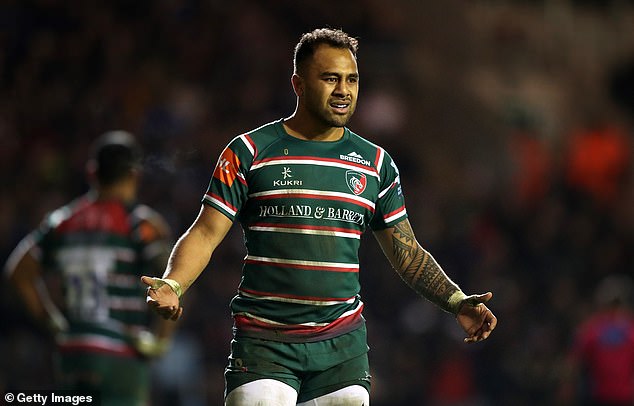 Veainu told Sportsmail: ‘We’ve got our pride, we are not happy at all with where we are at in the table whether Saracens got relegated or not.

‘We haven’t really spoken about what happened with Sarries and their relegation, we have our own stuff to worry about and getting off the bottom of the table which we are not happy about.

‘We will still be training hard and training the same and we know we can climb up the table.’ 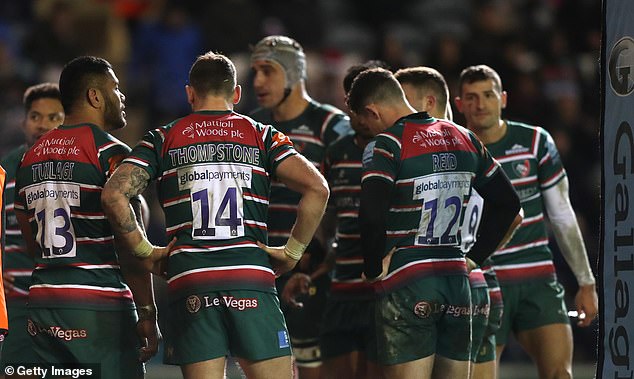 Having dominated the English game for much of the past two decades, the last two seasons have seen the Tigers slump to the foot of the table but Veainu believes the club have turned a corner with bright, young talent coming through the academy system.

In the absence of senior stars Ben Youngs, Ellis Genge, Jonny May and George Ford, who are competing with England in the Six Nations, Veainu has stepped up as a leader among the young squad.

He said: ‘Obviously results haven’t gone our way but we have brought in a lot of young academy boys to have a go and give them a taste of Premiership rugby.

‘We are not far off, sometimes we are not getting our luck but I still believe a lot in this team and there is a lot of talent coming through. The process for us is learning from these experiences throughout the year and going on to the next level.

‘Some of those results have come down to poor execution and sometimes a lack of experience but we are heading there, we are going in the right direction. We just need to tidy up a few things and we will be alright.’ 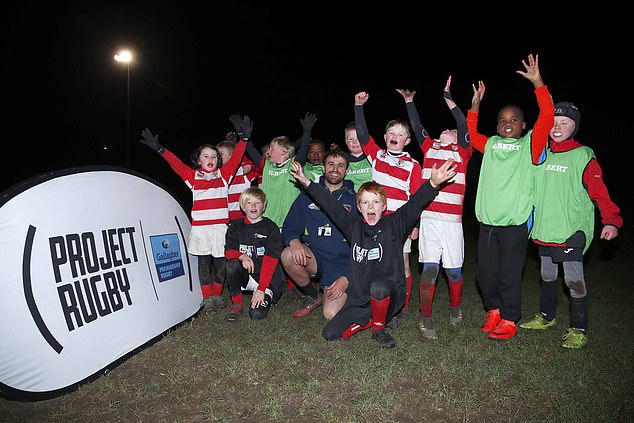 Away from the club’s on-field struggles, Veainu and his team-mates have taken an active role in community schemes, attending a Project Rugby session aimed at engaging people from Black, Asian and Minority Ethnic (BAME) communities, disabled people and people from lower socio-economic groups.

Having grown up in New Zealand, the Tonga international admitted there are plenty of differences in how the sport grows at grassroots in the UK.

‘There is good talent here but football is number one, a few people who decide between football or rugby but in New Zealand there is no question.

‘But there are plenty of talented kids here, they just need a chance. It is about getting good coaches out there and making it more available to everyone.’

For more information on Project Rugby and to find a session near you, visit www.projectrugby.co.uk.

Concussion in rugby players: Saliva samples to be used to diagnose players