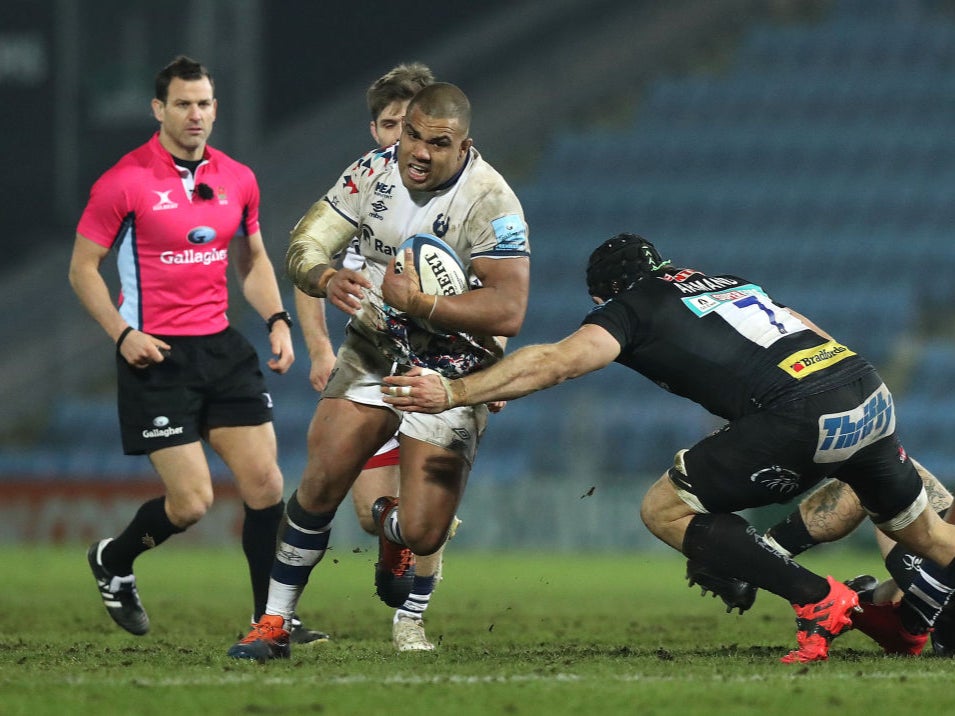 He apologised for the outburst straight after the game, admitting it was “not the example I want to be setting”.

“While Kyle Sinckler accepted that he used foul language at the referee, he did not accept the conduct warranted a red card,” the independent disciplinary panel said.

“The panel viewed the live recordings of the incident and were satisfied that his shout of ‘are you f*****g serious?’ was aggressive and directed at the referee.”

It was also decided at the hearing that Dickson had already explained to Sinckler that he believed Cowan-Dickie had attempted to wrap his arms in the tackle, at which point the Bristol tighthead swore at the referee.

“The player was candid in his evidence as to why he had done so and regretted his actions,” the panel said.

“The panel found that as his actions disrespected the authority of the referee it was in breach of a core value of rugby – respect of match officials – and warranted a red card.

“The panel determined that in all the circumstances it was a low entry point with no relevant mitigation. The sanction is a two-week ban.”

Sinckler’s absence for the start of the Six Nations is a result of the two-week postponement of European action because of the coronavirus pandemic.

Premiership Rugby has chosen to implement a break rather than stage league fixtures during the window created by the French government’s block on its clubs taking part in cross-border competition.

With two games lost to the postponement, the panel decided that Sinckler should miss the Premiership fixtures against Bath and Sale, which take place on 29 January and 5 February respectively.

He would not have played against Bath as members of Eddie Jones’ squad do not turn out for their clubs the weekend before an international, but the England squad has yet to be picked and the panel bases its decision on the information it has at the time of the hearing.

For the second weekend of the ban, it was decided he must miss the Sharks game unless he is picked by Jones, in which case he should miss the Scotland match. Any ban must encompass meaningful matches only.

Jones is due to name his Six Nations squad on 26 January, with Sinckler a certainty to be involved as England’s first-choice tighthead.

In 2017 he was given a seven-week ban for making contact with the eye area of an opponent, but the combustible Lions front row had successfully taken steps to address his short fuse until this latest lapse of discipline.

Underhill’s back – Jones recalls ‘tackling machine’ for All Blacks