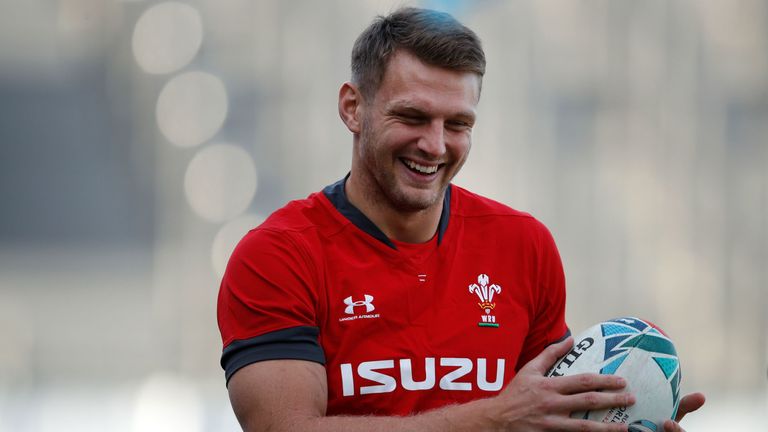 Wales expect Dan Biggar to face France in the Six Nations despite the fly-half having suffered a third head injury this season.

The Northampton Saints playmaker failed a dressing room head injury assessment (HIA) shortly afterwards and has just over a week to prove his fitness ahead of France’s visit to Cardiff on February 22.

Biggar also suffered head injuries in successive World Cup games against Australia and Fiji in Japan last autumn, but recovered to play in the quarter-final victory over France. “That takes a bit of time but he is pretty good and is recovering pretty well, so hopefully he will be OK for next week.

“The World Cup was a concern in terms of the heavy ones that he had, but I don’t think Saturday was as bad as those.

“But (an HIA) is still something that you’ve got to do and the right decision was made.

“He is a tough old player, as you could see on Saturday because trying to get him off was an issue. But hopefully he will do everything he needs to do and will be back ready for France.”

Biggar’s head injury is the latest problem that Wales have encountered at fly-half.

Gareth Anscombe and Rhys Patchell are currently sidelined and Owen Williams was this week ruled out for the rest of the tournament with a hamstring injury.

Cardiff Blues’ Jarrod Evans, who has won five caps, is the only other fit fly-half in the squad.

Wing Josh Adams was also forced off against Ireland with a hip injury in the first half. But Wales’ medical team are confident Adams, who was the top try scorer at last year’s World Cup, will be fit to train with the squad later this week.

“Josh is recovering and going through his treatment,” Jenkins said.

Six Nations team of the weekend: France players dominate after stunning victory over England in Paris