Cowboys out, up the workers, read a sign on the way into Sixways yesterday. As messages go, it left little to the imagination and summed up exactly how the supporters of embattled Worcester feel as their club teeters on the edge of existence.

There remains a very real possibility this game could have been the Warriors’ last. That it even took place at all was, frankly, a miracle. This was a match which drew a line in the sand for Worcester.

Unless owners Jason Whittingham and Colin Goldring can finalise a takeover of the club in the coming days, Warriors staff are set to strike. They have had enough and who can blame them?

The majority of Worcester employees, bar the players, have only been paid 65 per cent of their August salaries. Some have been paid nothing at all. 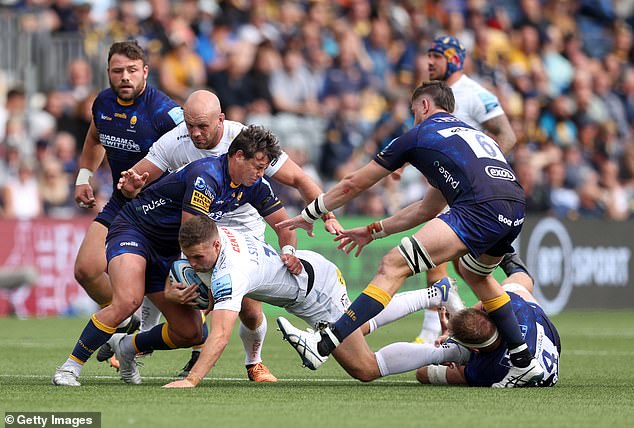 They have carried on heroically and worked wonders to ensure their team were able to play against Exeter. They won’t do so again.

Off the field, Worcester’s staff have excelled. On it, the club’s players produced a backs-to-the-wall display which while not enough for victory, contained bags of fight and desire and proved just why this club must be saved.

‘We can’t keep going like this,’ Worcester director of rugby Steve Diamond admitted after his team’s 36-21 defeat. ‘It’s embarrassing for us to call ourselves a high-performance environment and for me to be involved when we are dealing with what we are dealing with.’

Worcester have certainly had to deal with unprecedented circumstances since the club was first served with a winding-up petition over an unpaid tax bill in August. 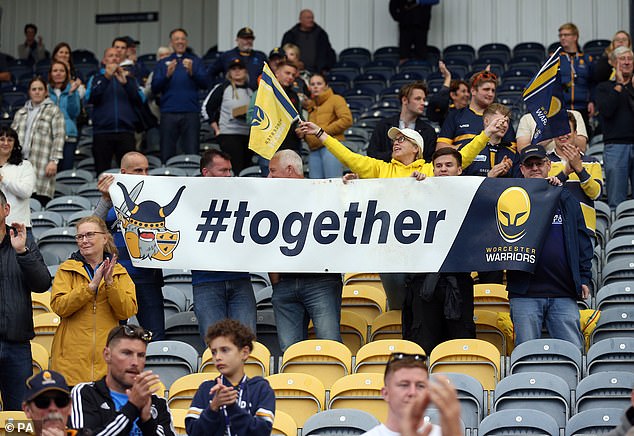 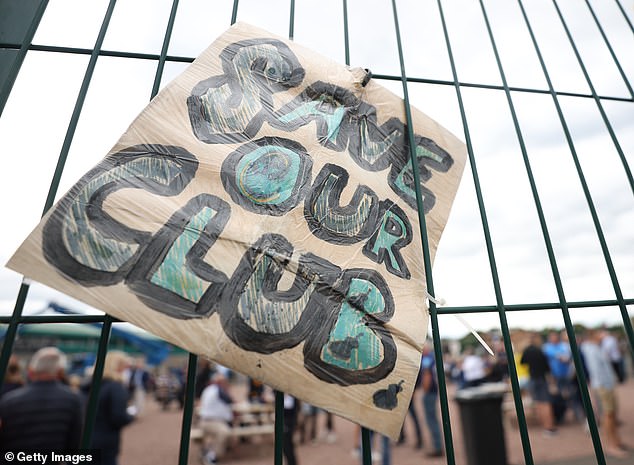 ‘I don’t think any director of rugby has had to answer these sorts of questions before,’ said Diamond, who was quizzed post-match about Worcester’s financial future and whether his staff have been bullied in the workplace.

The owners yesterday released a lengthy statement claiming they were close to sealing a sale of Worcester to a new, unnamed buyer who is prepared to immediately pump in financial funds which will seal the future of the club.

But the pair, who have now lost the trust of everyone connected to Worcester, said as much last Friday and patience with the ‘cowboys’ has now run out.

‘The owners came in with a cider budget and wanted a champagne club,’ former Worcester forward Martin Hooper — who has been a season ticket holder for the last six years — told Sportsmail.

‘The lack of communication from the owners has been a disgrace. My message to them is tell us the truth and get a deal done. If we have to go into administration, let’s face the music. This club has to be saved.’ 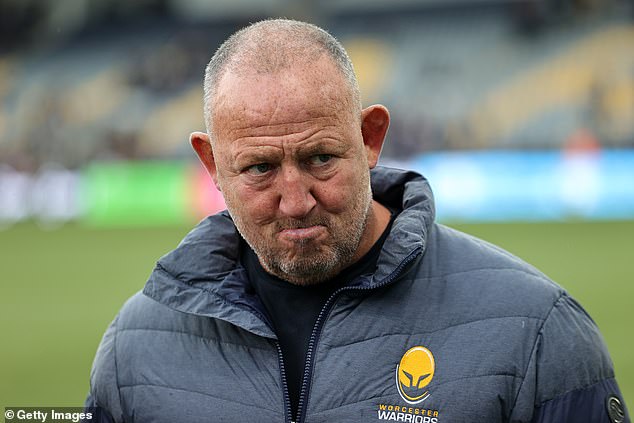 Worcester are due to travel to Gloucester for a cup game on Wednesday and then host Newcastle in the league on Saturday. The reality is those games won’t happen unless a takeover is completed soon. They can’t even afford the fees to register new players they require for the Gloucester game.

Doing so costs just £45 a time, but the finances simply aren’t there. The fact the Exeter game took place was only because staff worked despite not receiving their full pay packets. Stewards at Sixways yesterday volunteered their services free of charge.

The required ground safety certificate was signed off at the 11th hour while the overflowing bins at Sixways were only cleared on the eve of kick-off by Bromsgrove Council. Worcestershire Council had not been paid to do so by the Warriors. ‘I must thank the crowd. You can see what it means for us to be here,’ said Worcester captain Francois Venter.

‘It’s been tough, but hopefully it’s all going to get sorted out. We still don’t know what’s going on and the uncertainty is what gets you mentally. It will be a shame if that was our last game.’ 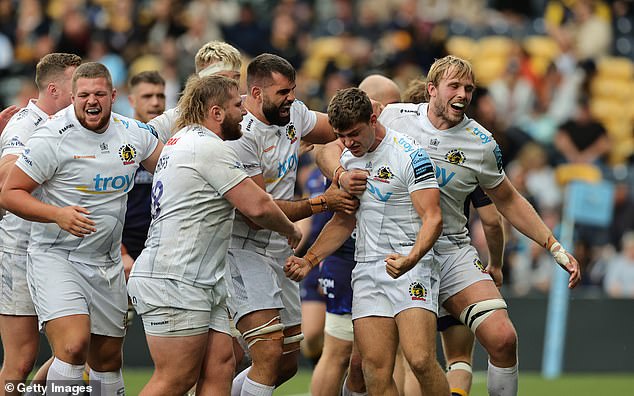 Whittingham and Goldring were not at Sixways, but said in a statement yesterday: ‘Next week’s games and staff commitment to them will, I expect, depend on the strength of our communication and actions in the coming days.’

Sportsmail understands last week, Worcester commercial director Adam Palfrey told staff they would lose their jobs if they vented their fury at not being paid or criticised the owners, though Diamond expressed disbelief at this.

Whittingham said: ‘There is anger on both sides and that has led to conflict. The recent communication posted on the official channels of the club was a breach of contractual obligations. But we’re not looking to sack anyone.’

In front of a crowd limited to just 4,999 for safety reasons, Worcester’s players were given a guard of honour on to the field by the staff who had worked through the night to get the game on. Exeter led 22-7 at the break thanks to Joe Simmonds and a Richard Capstick brace. Alex Hearle’s try for Worcester sent the Warriors fans wild after the break and they closed to within eight points as Gareth Simpson and impressive centre Ollie Lawrence also crossed. 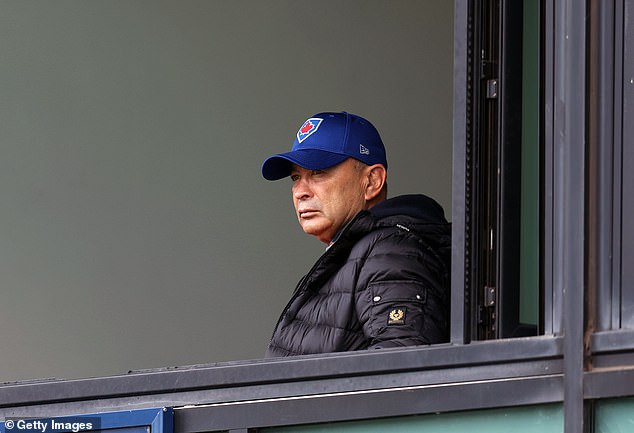 Worcester’s fans stood on their feet and applauded the club’s staff in the 65th minute to reflect the percentage of their due payments they’ve received.

It was a poignant, even emotional moment. But second-half Exeter tries from Olly Woodburn and Jack Maunder gave the Chiefs a bonus-point win. In front of England head coach Eddie Jones, wing Jack Nowell stood out.

Had Worcester not lost Murray McCallum to the sin bin and been able to get their woeful line-out working, they might have won.

The next few days will decide if the club has a future.

Premier 15s: Can Bristol Bears maintain their perfect record to stay top of the table?