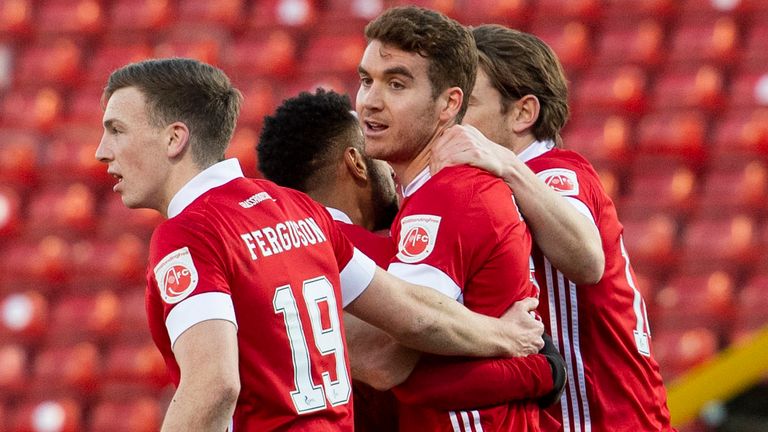 Aberdeen bounced back from their surprise defeat by Ross County with an assured 2-0 win over Graham Alexander’s 10-man Motherwell that lifted them to third place in the Scottish Premiership.

The Dons had their defensive talent to thank for the goals, with Tommie Hoban and Andrew Considine on the scoresheet, either side of the visitors’ Liam Polworth being sent off for using foul and abusive language.

Derek McInnes’ team were first to threaten when a neat move down the right saw Ryan Hedges fizz a left-footed drive narrowly wide of an upright after 13 minutes. 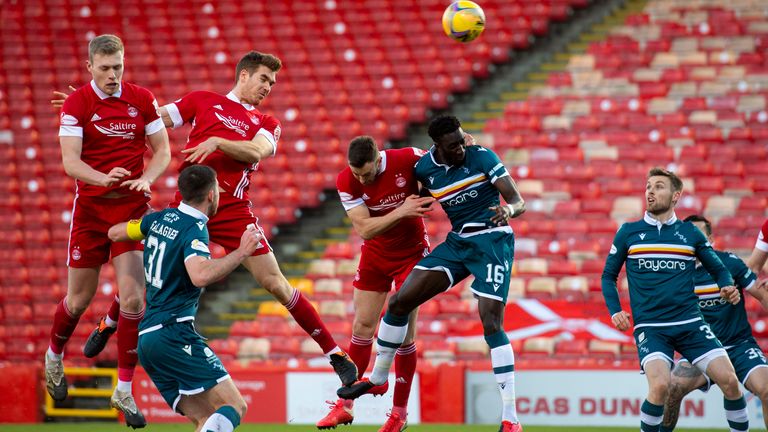 Two minutes later they were ahead as, on the break from a corner, Scott Wright drew a handball from Stephen O’Donnell wide on the right. Matty Kennedy swung a cross to the back post, where Hoban headed into the top corner to open the scoring.

Hedges sent an effort, almost identical to his earlier attempt, wide after a neat exchange with Wright, before Motherwell started to find their rhythm in attack.

Polworth set Tony Watt away and the Scotland man stepped onto his right foot before seeing his low effort parried by Joe Lewis. Sherwin Seedorf seemed destined to level things from the rebound, but Funso Ojo blocked well. 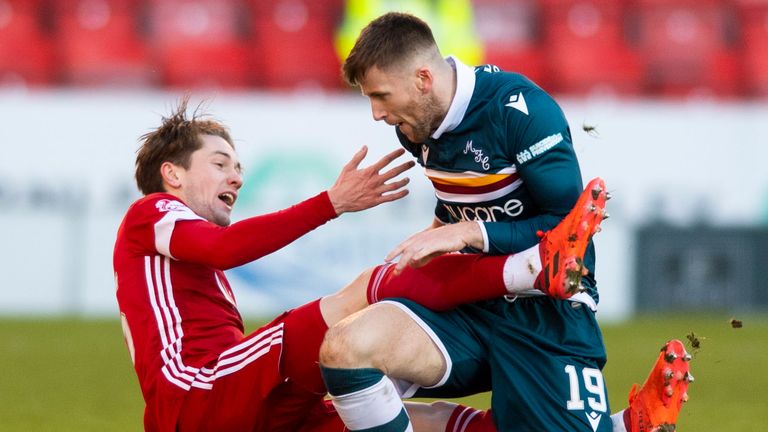 Ojo was at fault for the next chance though, his crossfield pass intercepted by Watt, who homed in on goal only for his effort to come back off the upright and fly into the arms of a grateful Lewis.

A minute later there was a confrontation in the middle of the park as Polworth seemed to kick out after being fouled by Scott Wright, with both players booked along with Ojo who had joined in the melee.

Polworth’s game would come to an end just three minutes after the interval, the midfielder shown a straight red card for comments directed at referee Craig Napier after the Motherwell man injured a shoulder in another midfield clash. 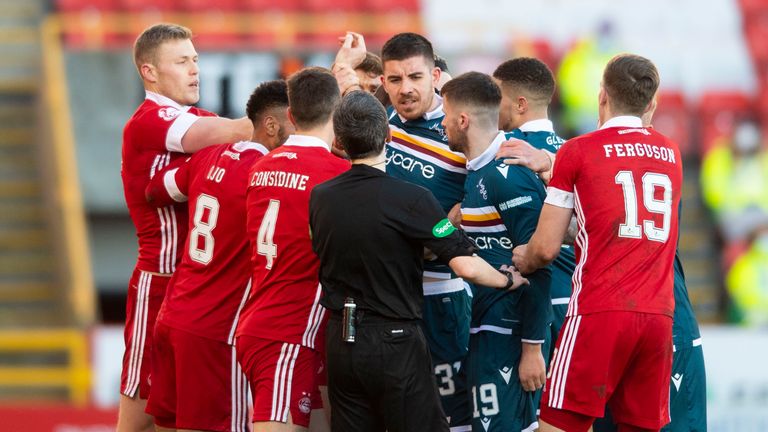 It seemed a foregone conclusion from there that Aberdeen would extend their lead, and so it would prove.

Ferguson came close with a back-post header and Ash Taylor had a goal ruled out for a push, but the second did eventually arrive.

Again it came from a corner. Kennedy played it short to Hedges and he laid off for Ferguson, whose effort was blocked. The ball broke to Considine, who had no trouble slotting home from close range.

That was enough for the Dons, who continued to threaten but could ultimately be satisfied with their afternoon’s work. 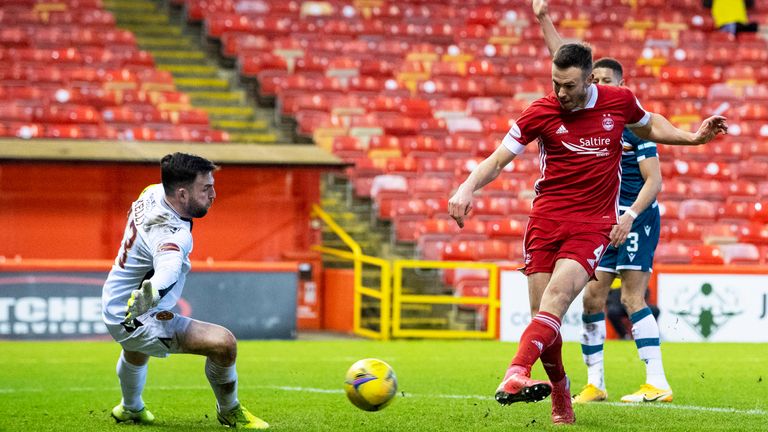 Aberdeen travel to face St Johnstone in the Scottish Premiership on Wednesday; Motherwell are at Ross County on the same night with both games kicking off at 6pm.

Florentino Perez hints Zidane could convince Mbappe to join him