Glass will arrive from his spell as Atlanta United 2 head coach, having also been interim manager of the Major League Soccer side’s first team. The Dons have a strategic partnership with Atlanta.

The 44-year-old succeeds Derek McInnes, who left the club this month after eight years in charge, and he is expected to bring in Celtic captain Scott Brown as his assistant boss. 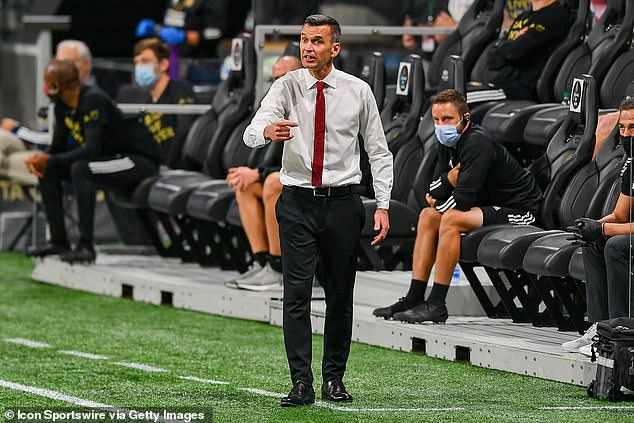 Stephen Glass, pictured during a spell as Atlanta United’s interim coach, is heading back to Scotland to become Aberdeen’s new manager 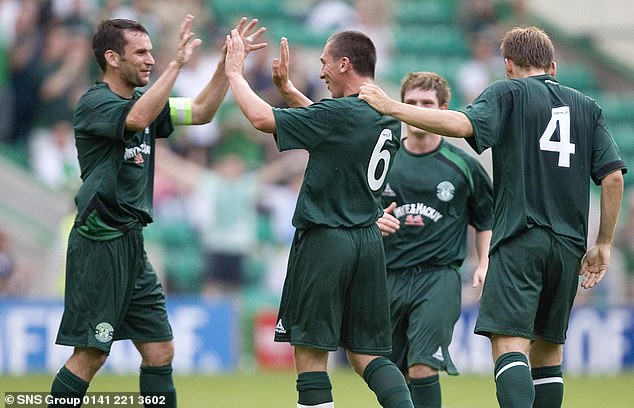 Glass (left) is set to appoint Scott Brown (centre) as his assistant. The pair are pictured playing for Hibs in a pre-season friendly against Charlton back in July 2006

According to various reports, Brown – now 35 – is set to bring his playing career to an end after a 14-year stint with Celtic, to become No 2 at Pittodrie.

Brown started for the Bhoys in their 1-1 Old Firm derby draw with Rangers at the weekend and is still a regular in the team despite being in the twilight years of his career.

Former Scotland, Newcastle, Watford and Hibernian midfielder Glass, meanwhile, played for the Dons 131 times during a four-year spell in the 1990s and won the League Cup with the club.

He moved to the United States after a spell as Shamrock Rovers’ assistant manager, and had coaching roles in North Carolina before joining Atlanta in 2018, initially as a youth coach. 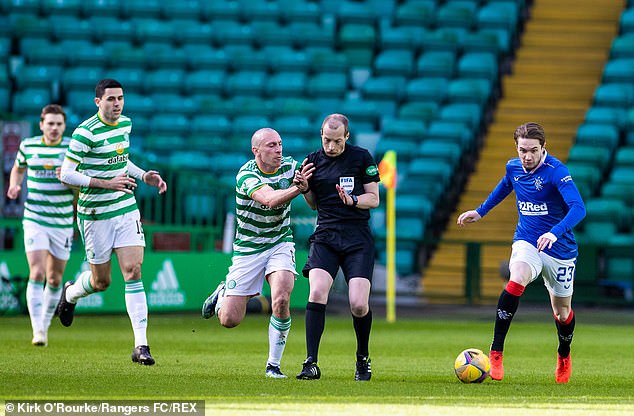 ‘It is a real honour to be named Aberdeen FC manager,’ Glass said in a statement. ‘Since my retirement from playing, I have been focussed on becoming the best coach I can be with the aim of being in a position to secure an opportunity such as this.

‘Having worked with a number of esteemed managers and coaches in the game, my football education has been extensive and my time with Atlanta United 2 has afforded me the chance to develop some exciting young players and hone my coaching skills.

‘From the initial conversations I have had with the chairman and the board this week I am hugely excited about the plans that are being put in place for next season. Dons’ fans can be assured by my drive for Aberdeen to compete fiercely and to win.’ 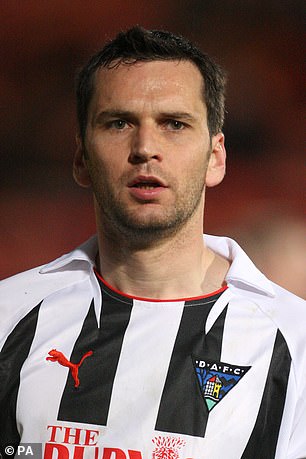 Glass played for the likes of Dunfermline (pictured), Newcastle and Watford in his career as a professional, retiring in 2011

Aberdeen’s Atlanta-based chairman Dave Cormack added: ‘During our recruitment process our football strategy, philosophy and the key attributes we desire in a new manager led us to short-listing and interviewing a number of emerging highly talented, driven and ambitious coaches.

‘Stephen was the outstanding candidate for the role. He is a bright, young, emerging manager who has all the attributes we are looking for to take this club forward.

‘His winning mentality, having been mentored in the “Aberdeen Way” from an early age by the likes of Teddy Scott, Alex Smith and Willie Miller, and desire to embrace the club’s strategy were key factors in our decision.

‘He is committed to an exciting, attacking style of football and maximising our player budget so we can get the best out of, and right balance between, experienced players and, crucially, developing and playing young first team players.

‘His coaching style and track record of developing young players at Atlanta United, like George Bello from the academy to the first team, to now becoming a US international player, and working with top professionals like Argentinian international Pity Martinez, a South American player of the year, who Atlanta United then sold for around 20 million, along with his leadership and communication skills are exactly what we need at this juncture for Aberdeen Football Club.’

Steve Bruce admits £40m Joelinton is not like other strikers