Fans of AC Milan and Inter Milan fans ignored social distancing rules to congregate and create a fiery atmosphere outside the San Siro for the biggest Derby della Madonnina in a decade.

The two biggest clubs in Milan meet on Sunday afternoon in a match that could define where the Serie A title ends up and the fans opted against staying at home to support their respective clubs.

Supporters from both sides gathered outside the world-renowned 80,000-seater stadium at least three hours before kick-off to sing chants, while they also let off flares and smoke bombs when the team buses carrying the squads arrived. 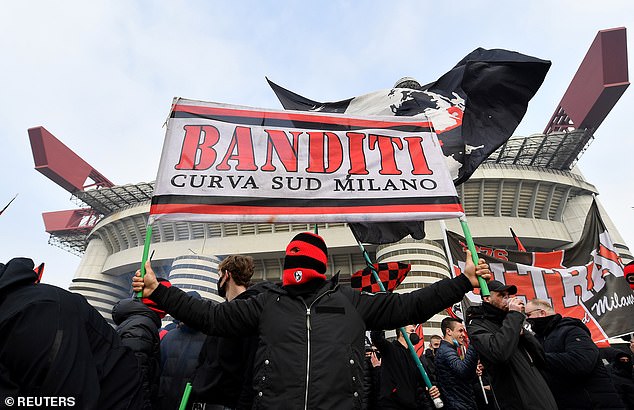 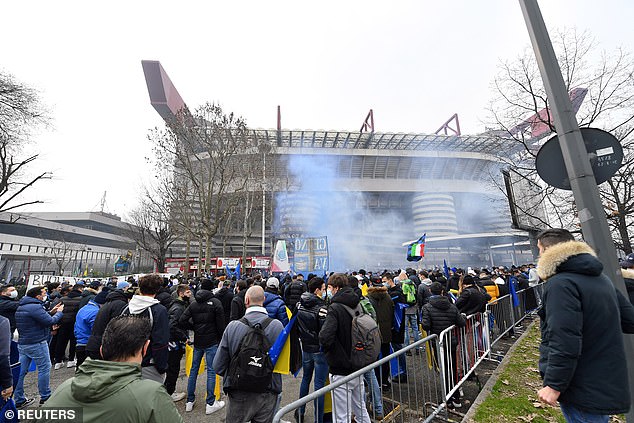 Reports claim around 5,000 supporters from both sides were present outside the San Siro on Sunday, with police called to break up the crowds.

The fiery atmosphere occurred as fans are still asked to stay away from stadiums, with Sunday’s Milan derby being played in front of empty stands.

Italian citizens are asked to keep one metre apart though Milan and Inter fans were seen interacting very closely with one another outside the San Siro.

The Italian Government say face masks must be worn in all public areas, both outside and inside, though supporters were seen with their mouths and noses uncovered on Sunday. 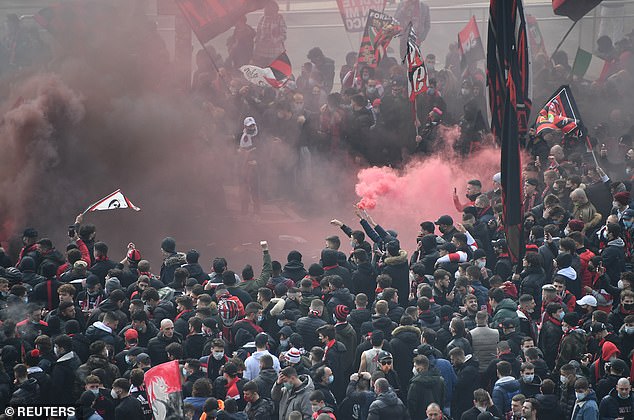 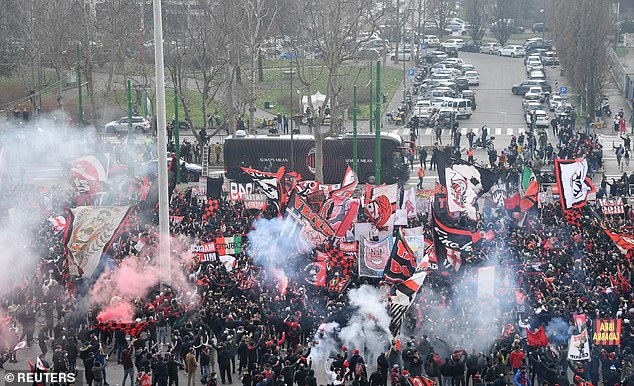 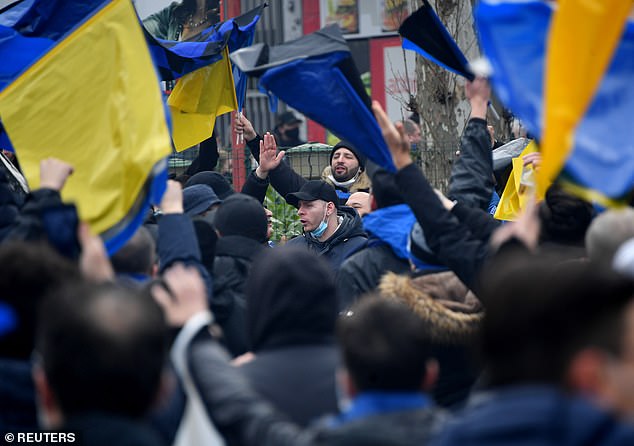 The Italian authorities also ‘strongly recommend’ the avoidance of public transport unless for essential or work reasons.

The match is billed as the biggest Milan derby in a decade as both clubs occupy the top two spots in the Serie A after 22 games.

Inter leapfrogged Milan in the top-flight table last weekend and currently lead their rivals by a single point. 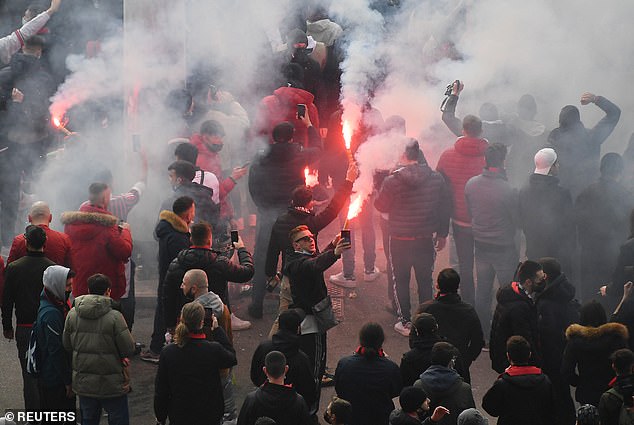 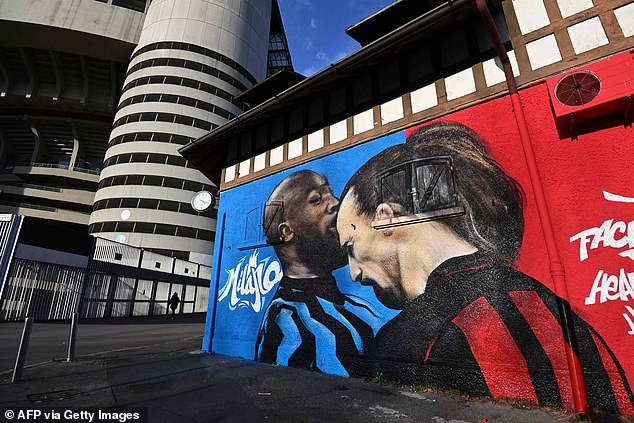 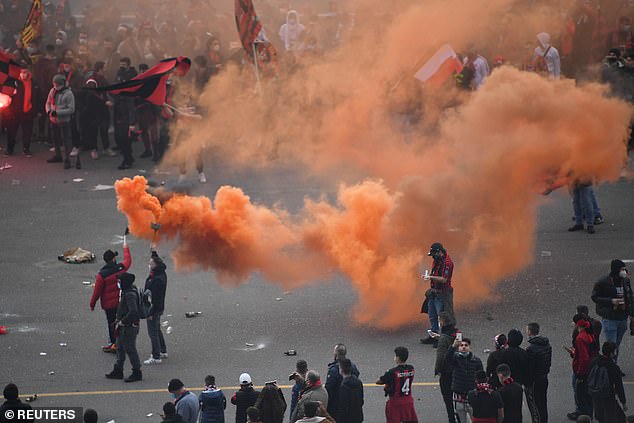 Victory for Antonio Conte’s Inter would take them four points clear at the top, while Milan would regain first spot with a win themselves.

Milan won the first league derby of the season 2-1 thanks to a brace from Zlatan Ibrahimovic, but Inter gained revenge in the Coppa Italia quarter-final earlier this season.

The fiery match, which saw Ibrahimovic clash with Inter rival Romelu Lukaku during the game, was won 3-2 by Inter thanks to a late free-kick from Christian Eriksen.