‘We aren’t robots but people… I don’t want to try and justify my actions’: AC Milan striker Gonzalo Higuain says sorry for red card against Juventus

AC Milan forward Gonzalo Higuain has apologised for getting sent off against parent club Juventus during Sunday’s 2-0 defeat at the San Siro.

Enraged after being penalised following a collision with Juventus defender Medhi Benatia, the former Real Madrid and Napoli forward was booked for dissent, then given another yellow immediately afterwards for continuing to protest.

He also missed a first-half penalty as goals from Mario Mandzukic and Cristiano Ronaldo gave the visitors all three points. 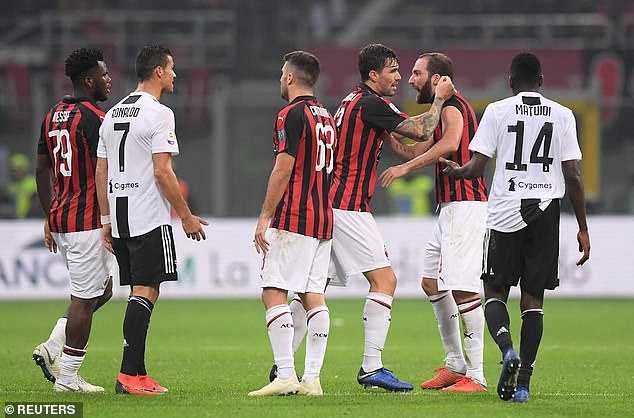 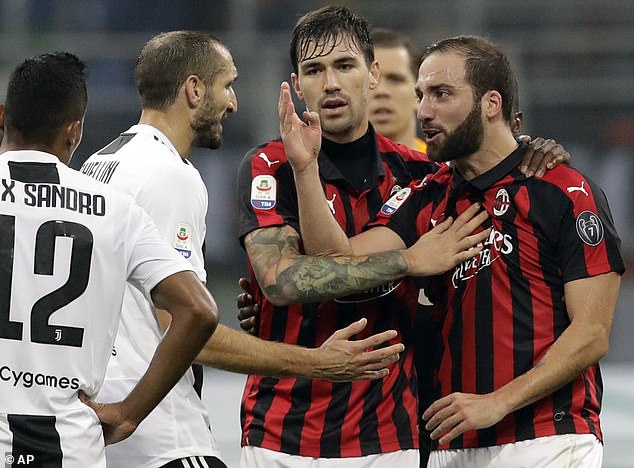 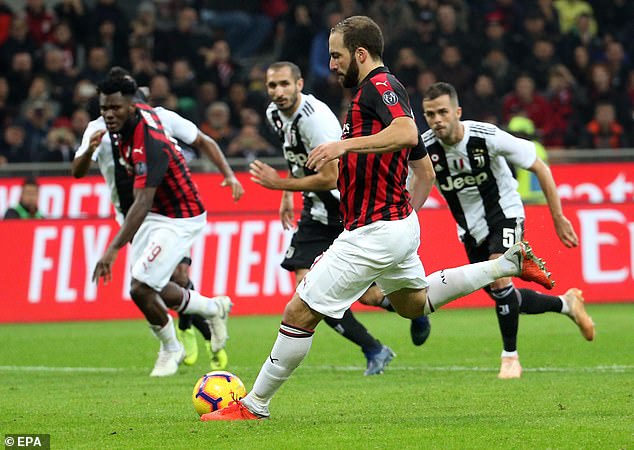 ‘First of all, I want to apologise to the team, the coach, the supporters and the referee for my reaction,’ Higuain said.

‘I take responsibility for what happened. Obviously, I hope that it doesn’t happen again. It was one of those moments – we were losing, I missed a penalty and we aren’t robots but people. But I don’t want to try and justify my actions.’

Juventus loaned Higuain to Milan for the season – with an option to buy – in August after signing Ronaldo from Real Madrid, and the Argentine reiterated that it was not his decision to leave. 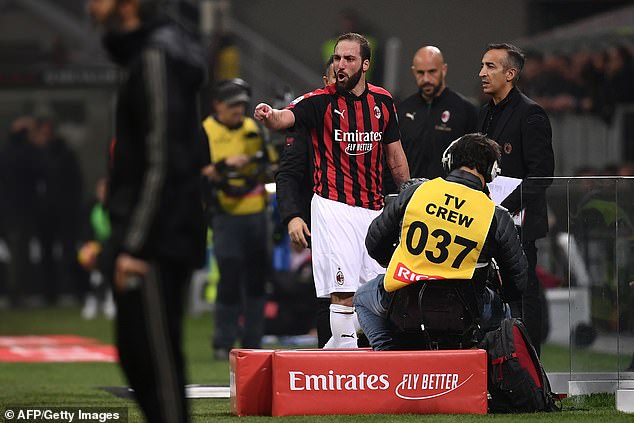 Higuain was defended by Ronaldo after the game, despite an angry confrontation on the pitch 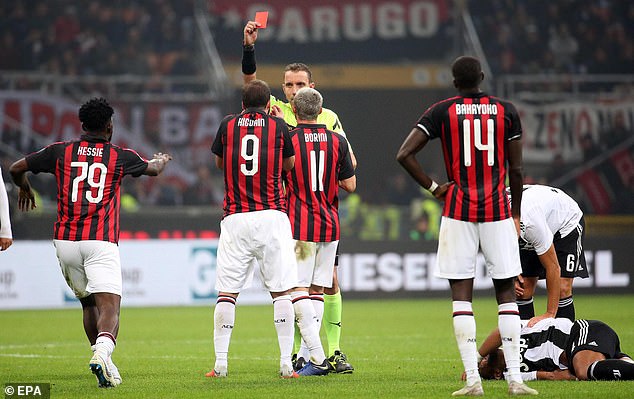 Higuain was given an initial yellow card for a tackle, before his reaction earned him another

‘It was taken by others, not by me. I have always given everything in Turin,’ said Higuain, who scored 55 goals in 105 appearances for Juventus, including 40 in 73 outings in Serie A.

‘Now I’m at Milan and I’m fine here. I am a very emotional person and player, so sometimes it is difficult to contain myself. You can see me in the face if I’m feeling good or bad,’ he added.

‘We are an example for children and I know my action was not the right one.’

He also thanked his former Juventus team-mates who tried to restrain him.

‘I had a great rapport with them, it was pleasing that they came and tried to hold me back. They know that players have emotions and this game went wrong, above all for me, and I can only apologise.’