Adama Traore is good enough to play for any team in the world including Liverpool and Manchester City, according to Joleon Lescott. The Wolves speedster is attracting interest from the two Premier League giants as well as Barcelona and Juventus following a stellar second season in the Black Country.

Traore has reached new heights this term under Nuno Espirito Santo and his work on the training ground appears to have paid dividends.

The Spaniard now has the end product to match his electric acceleration and explosive power which has tormented Premier League full-backs all season.

After underwhelming spells with Aston Villa and Middlesbrough, Traore has finally found his feet on English soil with Wolves and has now catapulted his name into stardom.

Now many feel as though he is ready for the next step in his career which would be Champions League football, despite Wolves’ determination to keep him put. 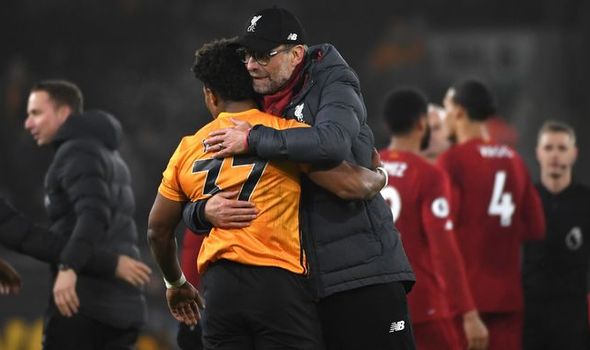 According to Lescott, Traore has the potential to become a superstar should he join the likes of Manchester City or Liverpool.

“Adama Traore has the ability to play for any side in club football,” Lescott told Football Index.

“Traore could easily play for a Manchester City or Liverpool. I have never seen such speed and strength on a football pitch before.

“Before this season, there were question marks over his game management and his final product, but he has really improved over the last 12 months. Traore has simplified his game and has taken his foot off the pedal.

“He used to sprint at his absolute fastest to beat defenders which meant he had no time to deliver a telling cross or shot.

“He now beats defenders only running at 80 per cent which has given him that extra bit of time he needs to make the position count with a goal or assist.

“He was a star in the Premier League this season.”

While Liverpool are in the hunt for another attacker, Traore would still be behind Sadio Mane and Mohamed Salah in the pecking order.

It’s unlikely the Premier League champions would make a move given that Wolves would seek up to £80million and there are no guarantees he would start. 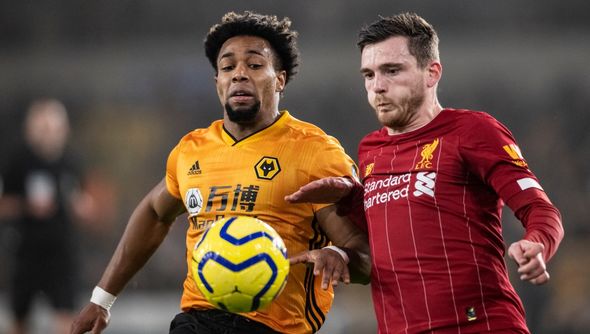 But Jurgen Klopp and his Liverpool players do hold Traore in high regard following a host of impressive performances against the Reds.

The latest of which came in the 2-1 defeat to Liverpool in January at Molineux, when Traore ran Andy Robertson ragged.

He set up Raul Jimenez for the equaliser with a pinpoint cross before Roberto Firmino struck a late winner.

Robertson has since labelled Traore his toughest opponent alongside Eden Hazard while Jordan Henderson has also praised the 24-year-old.

After the game earlier this season, Klopp said: “He is unplayable in moments, it’s unbelievable. What a player – it’s not only him but he’s so good.”

Women’s World Cup 2019: Ali Krieger explains why she spoke out against President Trump with colorful tweet