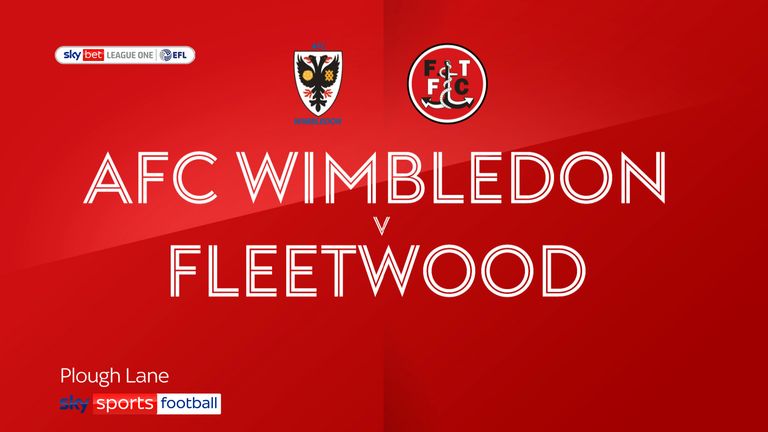 Barrie McKay punished a costly late error from Nik Tzanev to fire Fleetwood to a smash-and-grab 1-0 win at AFC Wimbledon.

Joe Pigott and Ryan Longman went close for the hosts but in a game of few clear-cut chances, Dons goalkeeper Tzanev passed the ball straight into McKay for the visitors to steal three points at Plough Lane.

Wes Burns was the first to test either keeper as his long-range effort was parried away by Tzanev.

Chances came at a premium throughout a cagey opening period but on the stroke of half-time, the game sprung into life.

Burns stung the palms of Tzanev twice in quick succession before at the other end, Longman failed to keep his header down after Pigott’s deft cross.

Dons top-scorer Pigott then saw his powerful volley blocked as the two sides went into the break level.

Pigott and Longman continued to combine after the interval before Kyle Vassell almost punished a loose Wimbledon pass.

Dons pushed for a vital winner but it was the visitors who struck at the death, with a lapse in concentration from Tzanev allowing McKay to charge down his pass and haul Fleetwood to victory.