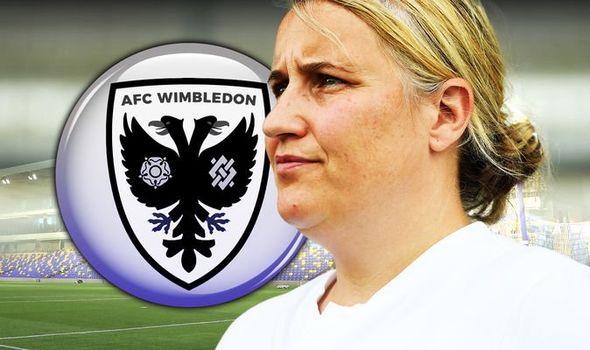 AFC Wimbledon are considering an astonishing approach to make Emma Hayes English football’s first senior woman manager. Chelsea women’s team manager Hayes has an extraordinary record – her side thrashed Tottenham 4-0 on Sunday to stay top of the table, and have now gone 33 games unbeaten in the Women’s Super League.

The 44-year-old has been in charge at Chelsea since 2012 and has won two League and Women’s FA Cup doubles, as well as the title and the League Cup last season. She has also been linked wtih the England coach’s job.

Dons manager Glyn Hodges left the club by mutual consent on Saturday night after the 2-0 defeat by MK Dons left them 21st in League One, with just one win from their last 13 games.

But Hayes faces major competition for the job, with other names in the frame as the Dons look to replace Hodges including another former player in Ian Holloway, who left Grimsby in December, ex-England star Sol Campbell, Morecambe manager Derek Adams, former Fleetwood boss Joey Barton, and National League Boreham Wood’s Luke Garrard, another ex-Don.

Transfer deadline day LIVE: All the latest transfers and rumours 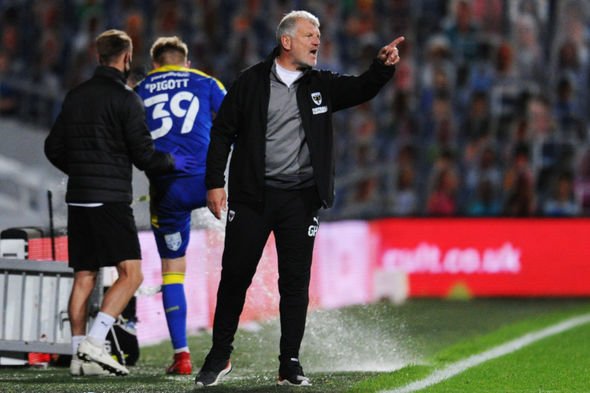 Hayes if appointed would though become the first woman to manage in Britain at senior level. Shelley Kerr managed Stirling University in Scotland’s Lowland League for three years before going on to coach the Scotland women’s national team.

In China, Chan Yuen Ting had two spells in charge of Eastern, and in June last year Renate Blindheim took charge of Sotra in Norway. 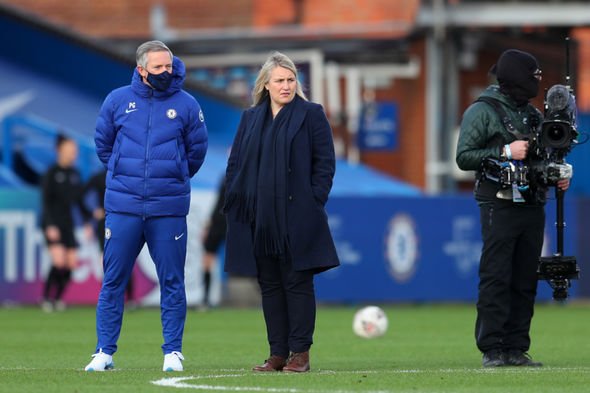 In Germany Imke Wubbenhorst managed BV Cloppenburg, and then had a spell in charge at Sportfruende Lotte.

Such is Hayes’ stock though she was even mentioned as a possible candidate to replace Frank Lampard, who was axed as the club’s men’s manager last week. In June 2016, she was made an MBE in the Queen’s 90th birthday honours list.

Mark Robinson, who was first team coach and loans manager at AFC before Hodges’ departure on Saturday, has been placed in charge of the team and is another potential candidate for the job.

Mauricio Pochettino ‘would still be Chelsea’s No.1 choice’ to replace Lampard

How UEFA's coronavirus conference may pan out