Aitor Karanka’s reign as manager of Birmingham City is over with the club teetering on the edge of the Championship relegation zone.

The club’s owners have acted following Saturday’s dismal 3-0 defeat against Bristol City, in which they could not even manage a shot on target.

When asked afterwards if he would resign, Karanka replied defiantly: ‘No chance,’ but it appears that choice has now been taken out of his hands. 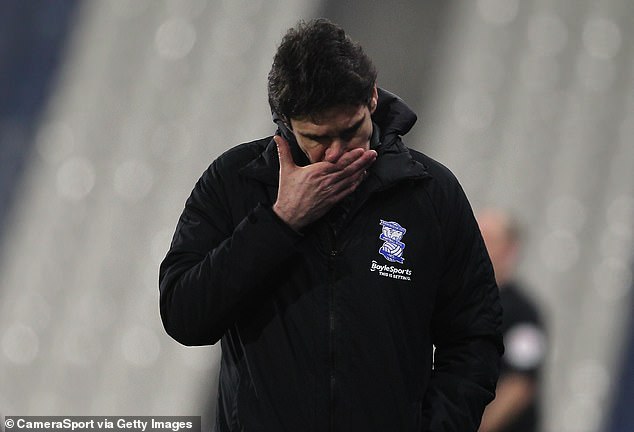 City’s players were informed of the club’s decision overnight after Karanka presided over a run that returned 13 points from a possible 57 and the worst home record in the division.

Birmingham have only won two of their last 12 matches, drawing three and losing seven – the most recent of which was a mauling at St Andrew’s by the Robins.

There are just 10 games remaining this season and the Blues board evidently wanted to give the new manager time to turn things around and steer the side away from relegation trouble. 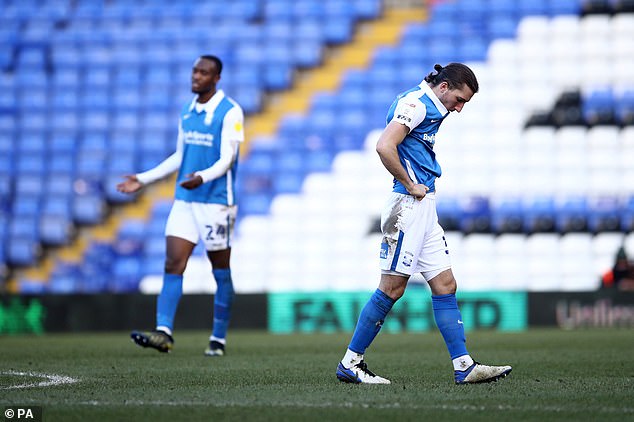 Former Middlesbrough and Nottingham Forest boss Karanka only signed a three-year deal in July, but leaves just eight months into his tenure.

He departs the club with a win rate of just 21.1%, including only eight wins and losing exactly half of his 38 games in charge.

The new boss will take over a side three points clear of 22nd-placed Rotherham, but having played four games more than the Millers.

The Blues host play-off contenders Reading on Wednesday, and will hope to have turned their form around before a crunch relegation six-pointer against Rotherham on April 17.

Mauricio Pochettino says Tottenham patience with Wembley will be worth it