Ajax have increased the asking price for in-demand defender Matthijs de Ligt from £44million to £52million amid interest from Juventus and Barcelona.

The highly-rated 19-year-old centre-half, who has been a regular in the Ajax side for two years, is being monitored by a number of European heavyweights.

It is expected Ajax will let De Ligt leave in the summer but, according to Spanish newspaper Mundo Deportivo, they won’t let him leave cheaply. 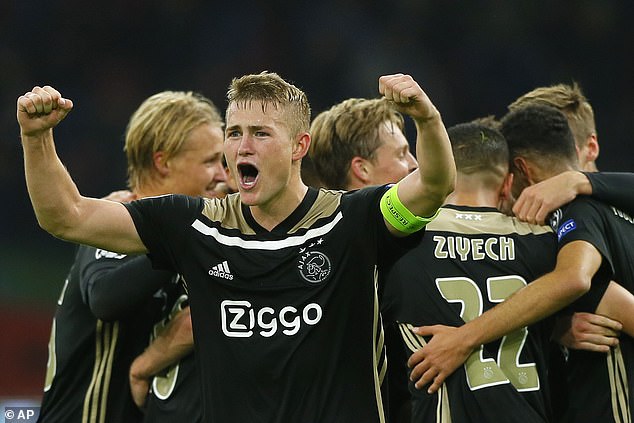 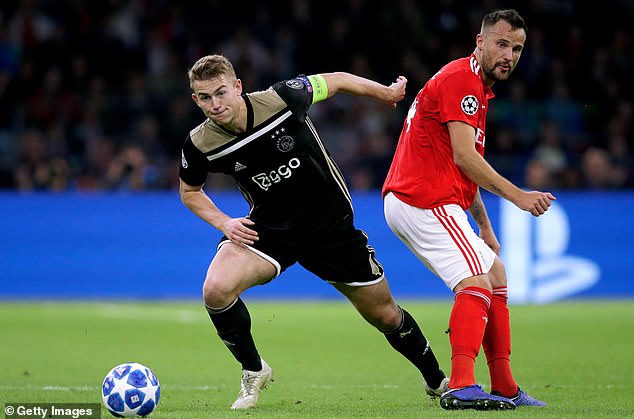 The 19-year-old centre-half is wanted by Juventus, Barcelona, Bayern Munich and Man City

The original price for De Ligt was quoted as £44m, but that has now been stepped up by £8m after Ajax became aware of the widespread and high-profile interest in him.

Juventus and Barcelona are leading the chase, but Manchester City and Bayern Munich have also expressed an interest in the Holland international.

De Ligt is a graduate of Ajax’s prestigious academy and made his first-team breakthrough in 2016.

He has since played 80 times in all competition for the Amsterdam club, scoring eight goals and contributing four assists. 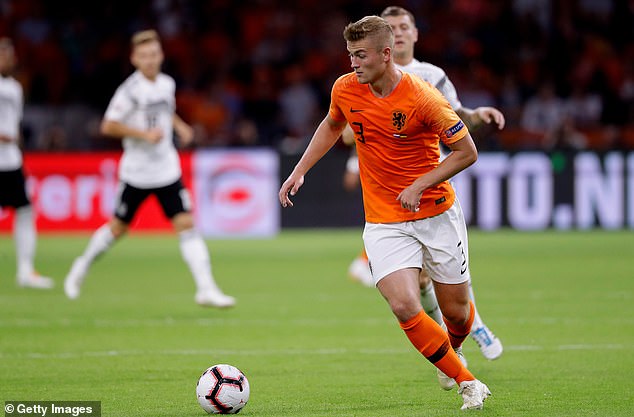 De Ligt, who broke into the Ajax first team aged 17, has won 11 international caps for Holland 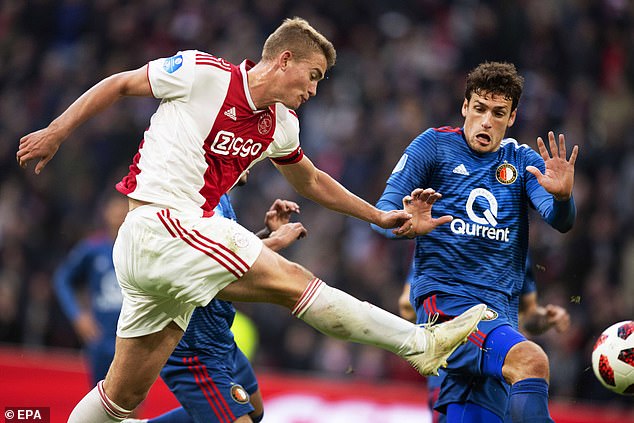 He impressed on their run to the final of the UEFA Europa League in 2016-17, when they lost 2-0 in the final to Manchester United.

The teenager made his senior international debut for Holland in a World Cup qualifier against Bulgaria in March 2017, becoming the country’s youngest debutant since 1931.

He has since made 11 appearances for the Oranje.

Petr Cech warns Chelsea not to be complacent against Manchester United

Christian Eriksen: Tottenham’s Jose Mourinho says he needs to know what is in midfielder’s heart