Liverpool might not be able to sign Ajax midfielder Ryan Gravenberch this summer due to the objections of his father. Gravenberch has established himself as one of the most exciting young talents in Europe this season and his future has been subject to some speculation recently.

The 18-year-old has been a near ever-present for Ajax in 2020/21, making 43 appearances across all competitions for Erik ten Hag’s side.

He has contributed five goals and six assists in those matches, playing as a box-to-box midfielder for the side who clinched the Eredivisie title on Sunday with a 4-0 win over Emmen.

Ajax have enjoyed a brilliant season domestically, having also won the KNVB Cup by beating Vitesse Arnhem 2-1 in the final two weeks ago.

Gravenberch opened the scoring in the cup final on April 18 to crown a breakthrough campaign, which also saw him win his first three caps for the Netherlands in March.

Unsurprisingly, his form has attracted interest from across Europe, with some of the continent’s biggest clubs scouting him. 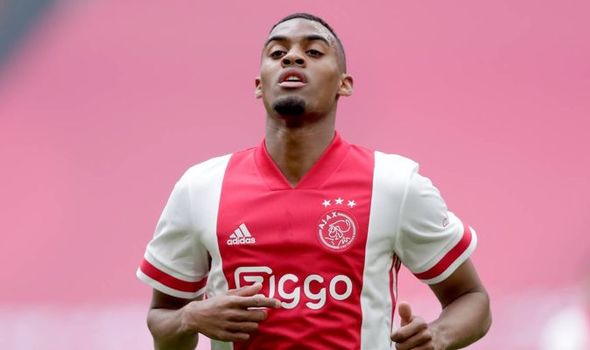 Liverpool could well be in the market for a central midfielder this summer, with Georginio Wijnaldum expected to leave the club and join Ronald Koeman’s Barcelona when his contract expires.

Italian newspaper Gazzetta dello Sport reported last month that the Reds are interested in Gravenberch and speculated that he could be available for around £30million (€35m), despite having extended his contract with Ajax last summer to June 2023.

However, Liverpool’s hopes of signing the young star have taken a blow, with Gravenberch’s father opening up on his future.

“He has to take that last step at Ajax. He just has to and he hasn’t done that yet,” Ryan Gravenberch senior told Ajax Showtime.

“I want him to fully mature at Ajax, so as far as I’m concerned he will just stay at Ajax.

“He has only played one full season now and that was of course quite good, but next season he will have to play even better.

“Then, despite his age, he really must be one of the key players, especially if he plays in the European Championships [with the Netherlands].

“Next season, he will not get away with it in the dressing room if he plays poorly several games in a row.

“I really think he should take a step at Ajax first. He has to climb in the hierarchy and stand up more for himself within the squad.

“I’m not going to push him to do that, that makes no sense to Ryan. But he also realizes that. He also thinks it is best for him to stay at Ajax.

“In my heart – and also in Ryan’s – he first continues to develop at Ajax before he takes a step higher.”