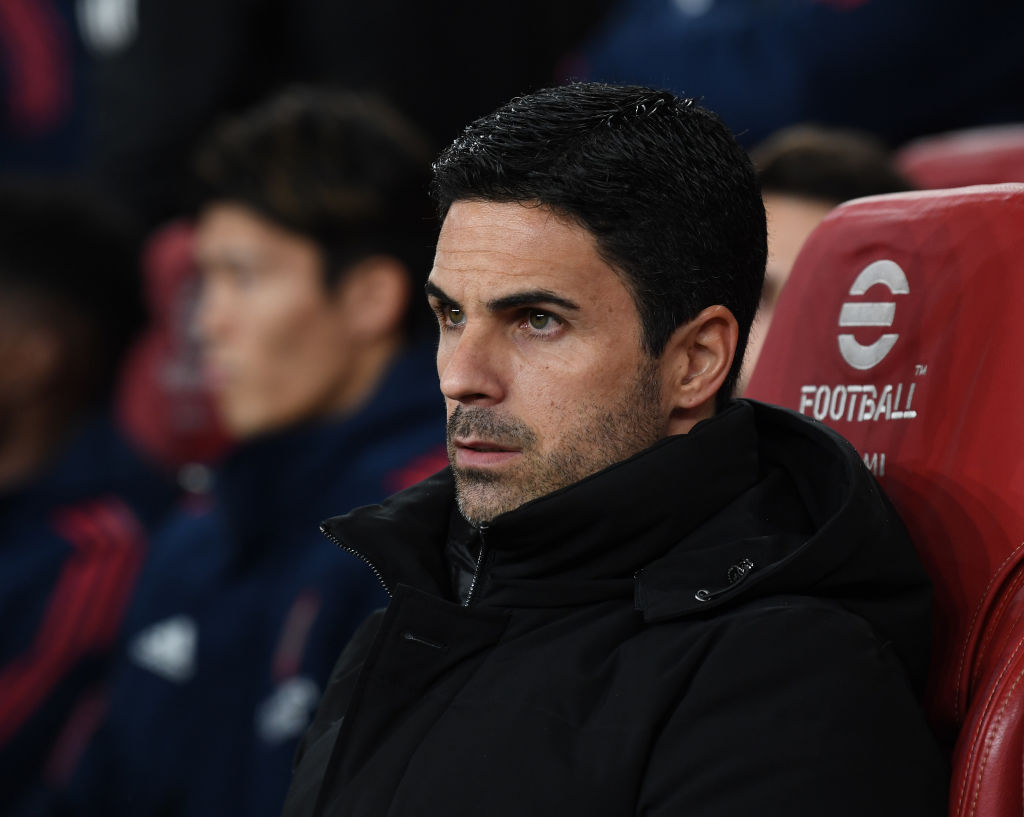 Alan Shearer has hit out at Arsenal manager Mikel Arteta over his ‘disrespectful’ touchline antics and claims his conduct ‘can’t help his players’.

Not for the first time this season, Arteta lost his cool during Arsenal’s goalless draw with Newcastle United in the Premier League.

The 40-year-old could be seen sprinting out of his technical area and confronting the fourth official as Newcastle frustrated the Premier League leaders.

Arteta appeared to be angry at the scrappy affair of the match – seven yellow were handed out by referee Andy Madley – and described the decision not to award his team two penalties as ‘scandalous’.

But former England striker Shearer says Arteta ‘needs to have a word with himself’ and ‘disrespects’ the opposition and the officials with his touchline conduct.

The Newcastle legend also claimed Arteta’s behaviour could be having a detrimental effect on his players on the pitch.

‘I think he’s disrespectful to the opposition and he’s making it very difficult for the referees who have a hard enough job as it is.

‘I get he wants to be animated but if his players behaved like him, he wouldn’t like it and it would cost him. He needs to calm down.

‘I get they’re top of the league and it’s a big game, but he’s making it very, very difficult for referees and he’s disrespecting the opposition.’

‘He needs to calm down. He’s the one making the tough decisions so he needs to stay calm. At the minute he’s just going crazy and that can’t be helpful to the players can it?’

Arsenal legend Ian Wright refused to condemn Arteta’s touchline antics and said it is no different to how several current and former Premier League managers behave.

‘He’s so plugged into the game, that’s the way he is,’ Wright said of Arteta after Arsenal’s goalless draw. ‘You see some managers like that, like Jose Mourinho, Antonio Conte, Pep Guardiola.

‘People are talking about it a lot now so I’m sure it’s something he will look at. But he’s my manager so I’m not going to find too much fault in it!’

Arsenal were looking to extend their lead at the top of the table to 10 points against Newcastle but had to settle for eight ahead of Manchester City’s game in hand against Chelsea on Thursday.