‘I laugh at them because they’re all the same’: Alfredo Morelos hits back at Greg Taylor in cryptic Instagram post after the Celtic full-back appeared to call the Rangers forward ‘fatboy’ during Monday’s Old Firm derby

Alfredo Morelos has hit back at Celtic defender Greg Taylor in a cryptic message on Instagram after the full-back appeared to call him a ‘fatboy’ during Monday’s Old Firm derby.

The Gers forward seemed to became incensed at comments made by Taylor during the 2-2 draw, approaching the Hoops defender and pointing his finger in his face.

TV footage seemed to show Taylor telling Morelos to ‘shut it fatboy’ as he waited for treatment, but four days on from the incident, Morelos has now issued what seems to be a defiant response to the jibe. 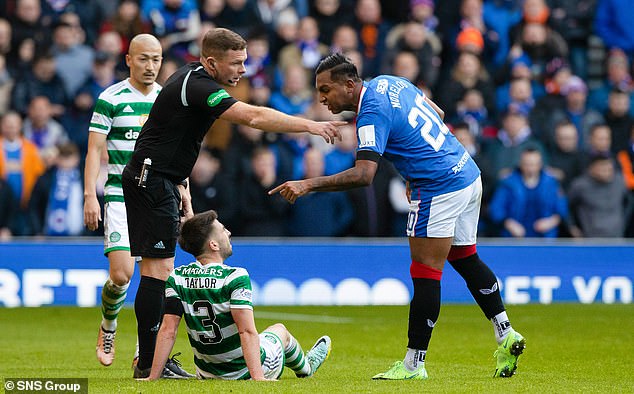 He has hit back at the jibe on Instagram saying: ‘I laugh at them because they’re all the same.’

Taking to Instagram, Morelos posted a photo of a wolf with the caption in Spanish that translates to: ‘They laugh at me because I’m different, I laugh at them because they’re all the same.’

The 26-year-old was at fault for Celtic’s opening goal in the opening five minutes, sending a stray pass into the path of Daizen Maeda who galloped through the Ranger’s defence to put the home side on the back foot. 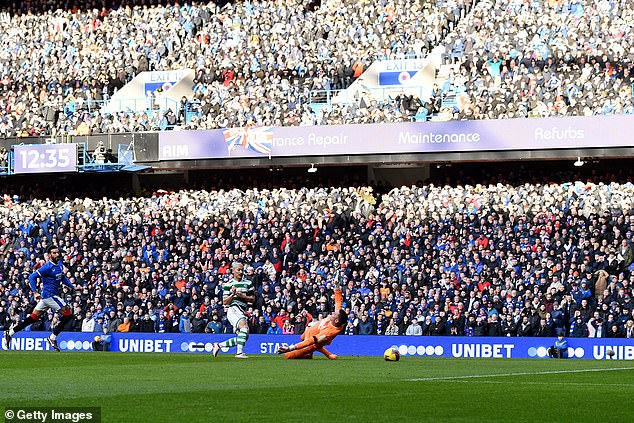 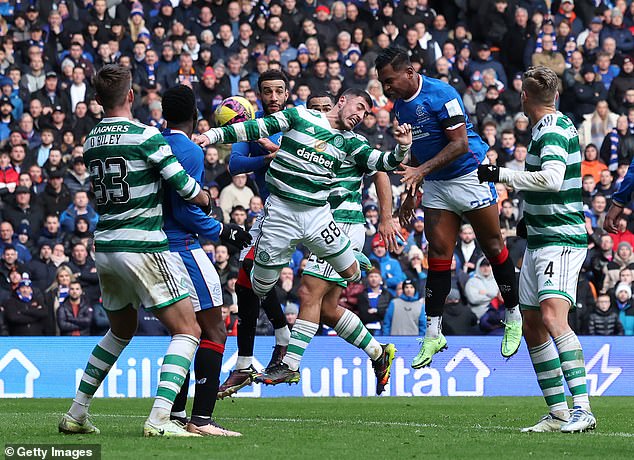 It has been a hard few seasons for El Bufalo, who struggled to get game time under Giovanni van Bronckhorst due to some fitness and attitude issues.

Yet, under new manager Micheal Beale, Morelos has been in impressive form for The Gers, scoring five times in 17 Scottish Premiership appearances this season.

While he failed to make an impact on Monday night, Rangers fans will be hopeful he can recover his form of old after the Colombian scored in their previous outing against Motherwell and against Hibernian at the end of 2022.

Despite going a goal down in the match, Rangers came back at the start of the second half with Ryan Kent darting the ball past Joe Hart in goal, before James Tavernier put the hosts 2-1 up from the spot.

But they couldn’t hold out, with Kyogo Furuhashi taking advantage of a loose ball inside the Rangers’ penalty area, to halve the points and maintain Celtic’s nine-point lead at the top of the table.

Man City on for quadruple – but is Champions League or Premier League more important?