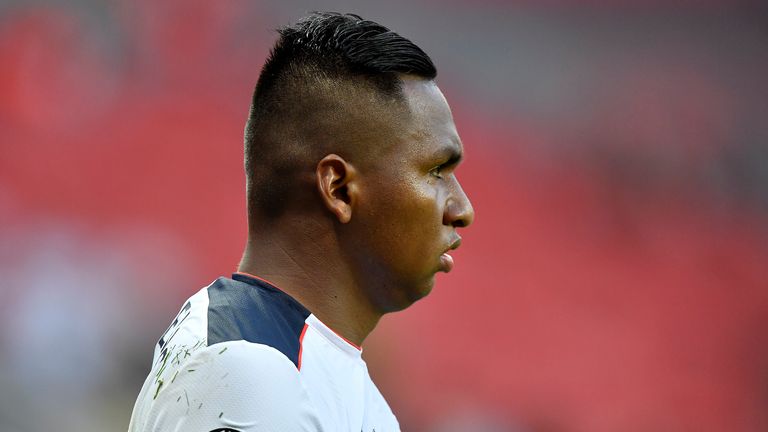 The Colombian’s future at Rangers has been the subject of speculation in recent months, with Ligue 1 club Lille interested in the forward.

Morelos has started Rangers’ first two matches of the season but Gerrard admits his striker must stay focused.

“Everyone knows Alfredo (Morelos) has had his head turned,” Gerrard told BT Sport in his post-match interview. “There is no denying that. We just move forward and my focus is on the team and the players that want to be here. 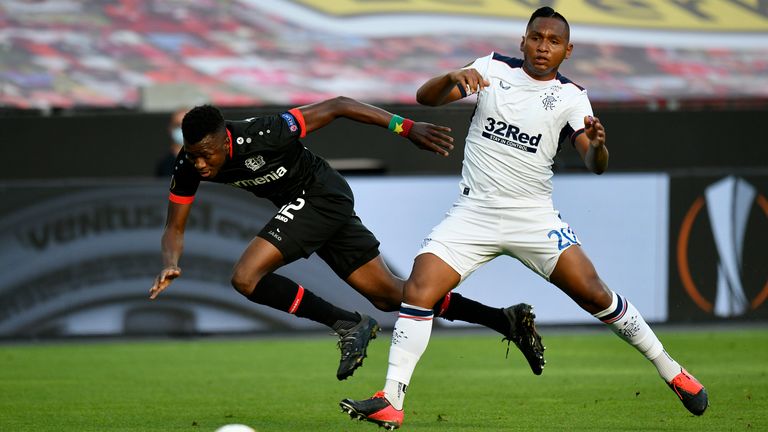 “If a bid comes that the board likes and the player tells me face-to-face he wants to go, then we’ll see what happens.

“He’s professional enough to block the noise out. He hasn’t had the best of games tonight but we haven’t as a team either.

In his post-match press conference, Gerrard was less forthcoming in his answer about Morelos.

He said: “You’ve asked enough questions on that. A lot of players under-performed, I don’t think it’s the time to pick anyone out.

“I won’t be talking about any individuals tonight.”

On Tuesday, Rangers announced the signings of strikers Kemar Roofe from Anderlecht and Cedric Itten from St Gallen. 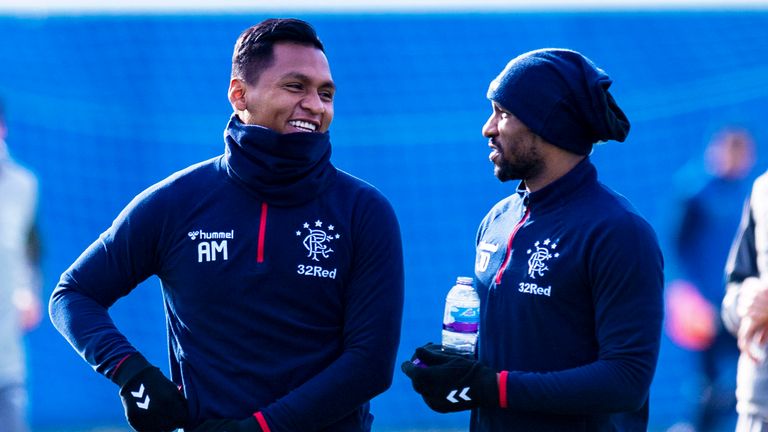 Rangers striker Jermain Defoe insists Alfredo Morelos is focused and training well despite reports linking the Colombia international with a move away from the club this summer.

Morelos has been the subject of speculation in recent months, while Rangers completed the signings of former Leeds striker Kemar Roofe from Anderlecht and forward Cedric Itten from St Gallen earlier this week, raising further doubts about Morelos’ future. But Defoe says his team-mate has dealt with the speculation well.

“He’s dealt with it quite well,” Defoe said. “You would never look at him and think ‘he’s got it at the back of his mind, he’s not training well, he’s confused or anxious’, he’s just been normal to be honest.”

What must Arsenal do to secure Champions League spot? Can they take Tottenham’s place?