‘I politely said no and moved on… it wasn’t something I thought about for too long’: Sam Allardyce confirms he REJECTED offer from Newcastle to return as manager for a second spell as revealed exclusively by Sportsmail

Former Newcastle boss Sam Allardyce has revealed he turned down the chance to regain the reins at his former club as their managerial search continues.

Allardyce, who held the position at St James’ Park, from 2007 until 2008, was under consideration to replace Rafael Benitez, who left the club at the end of June.

As revealed exclusively by Sportsmail, owner Mike Ashley is understood to have identified the 64-year-old as a replacement for Rafa Benitez, not just because of his track record as a Premier League manager but because he would not cost any money in compensation. 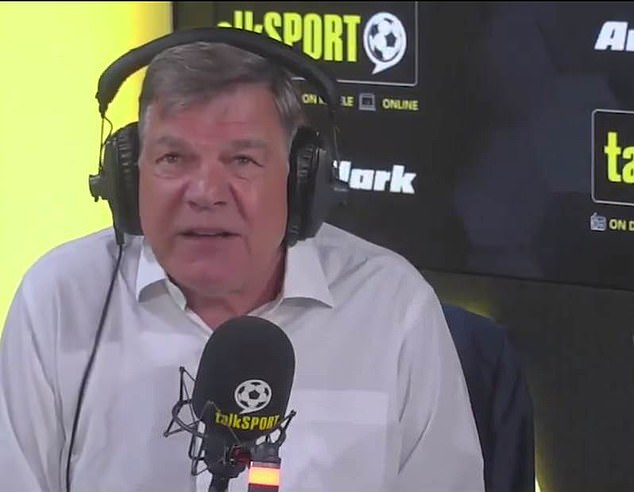 Speaking about the situation, Allardyce told talkSPORT: ‘As much as I respect Newcastle fans and Mike it wasn’t for me I politely said no and moved on.

‘I was very flattered that I was considered but it’s that thing… don’t go back.’

‘It never got to the type of talks people are suggesting but it wasn’t for me. ‘I never got to talk to Mike. My agent contacted me, I had a think about it and a quick look at the situation and thanked them very much but (it’s) not for me.

‘Maybe if it was the first time around I would have jumped at it. I appreciate the offer but I was surprised, I’ve not worked for a full season.’

‘It wasn’t something I thought about for too long.

‘I thought it’d be better to make a quick decision for everyone. We’re in pre-season now and they’re back in training.’

It is understood that another former Sunderland manager, Steve Bruce, is the man at the top of the Magpies’ shortlist and that formal contact with the 58-year-old Sheffield Wednesday boss is imminent.

Allardyce believes Bruce would love to be offered the position, adding: ‘If he gets offered the job I’ll think he’ll jump at the chance.

‘I think it would be one of his dreams to manage his hometown club.’