‘We can’t afford to drop points because Inter and Napoli are behind us’: Massimiliano Allegri warns Juventus to focus only on Cagliari with Manchester United clash looming

Juventus head coach Massimiliano Allegri has warned his players not to look beyond Saturday’s game against Cagliari, with the prospect of a huge European clash with Manchester United looming.

The Serie A leaders are at home to the Sardinian side before hosting Jose Mourinho’s team in the Champions League next week.

Allegri felt last week that Juve took their eye off the ball a little when having to come from behind to win at struggling Empoli and he does not want to see a repeat in Turin against Cagliari. 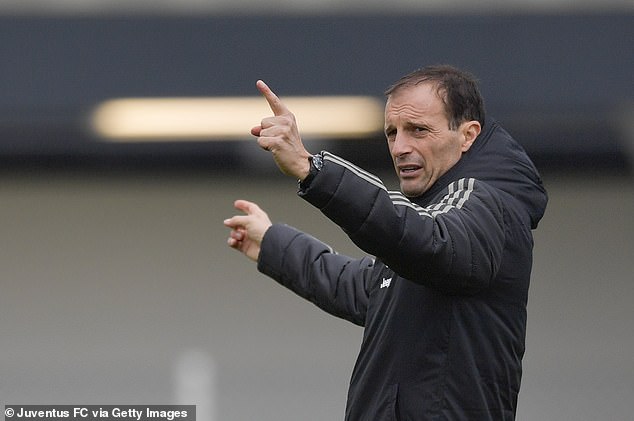 ‘I’m asking for what we have to do, which is to win the game,’ Allegri told reporters in his pre-match press conference.

‘The proof of that is Empoli where we struggled, because we started well and then fell asleep. So winning games is not easy. 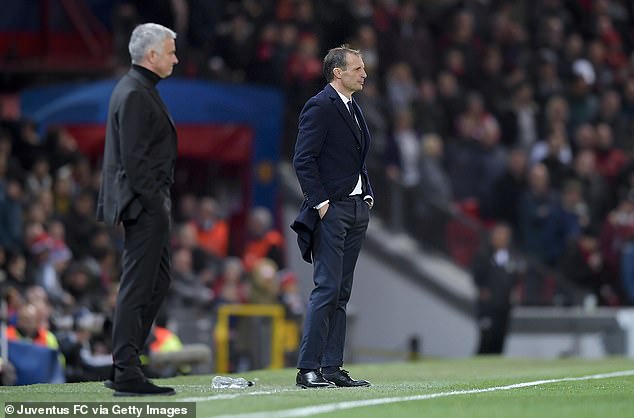 ‘We need to show great respect and keep our concentration high to win these games, which you can only win on the pitch.

Allegri feels Cagliari, who are 12th in the table, have attributes that could cause Juventus problems.

He said: ‘Tomorrow we face Cagliari, the team that runs the most. They have good technique and a striker like (Leonardo) Pavoletti who is one of the best in the penalty box and in the air. 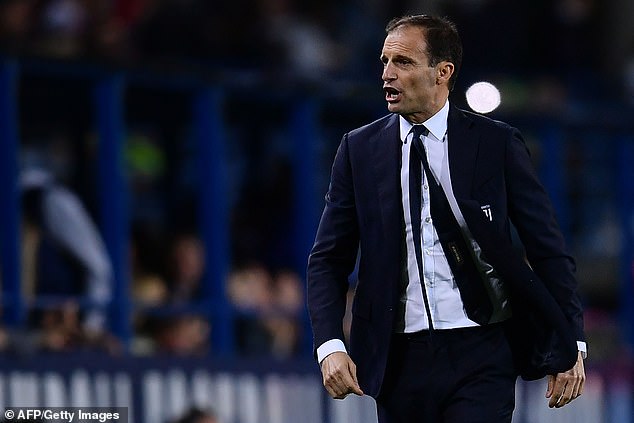 ‘Cagliari are a very fast team and above all they have Pavoletti who is very strong in the air. We are a very physical team if (Mario) Mandzukic plays, without him we become less physical.

‘We need to get back to winning ways in our stadium in the the league (after drawing with Genoa last time) and after that we can think about the Champions League.’

There was some mixed team news ahead of the game for Allegri, who added: ‘(Giorgio) Chiellini and (Federico) Bernardeschi will be out tomorrow. (Sami) Khedira and Mandzukic are back in the group.’

Richard Dunne: 'Nobody even wants to watch the Irish team anymore – and that's the worst thing'