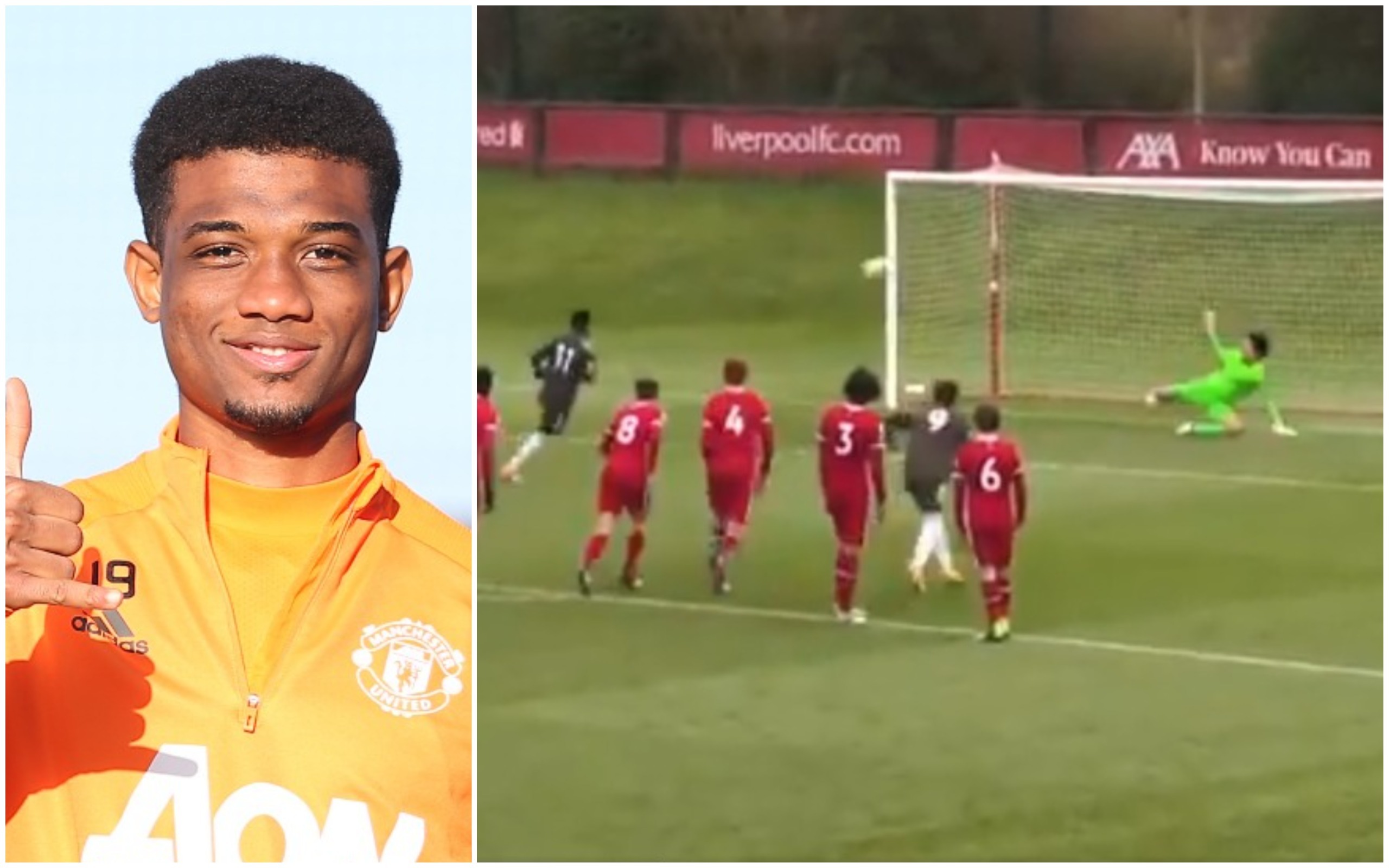 Amad Diallo has made an impressive start to his Manchester United career after scoring twice for the Under-23s in a 6-3 victory over Liverpool on Saturday.

The £37 million signing from Atalanta needed just 14 minutes to open the scoring for United as he capitalised on a poor first touch from Billy Koumeito to race through on goal and neatly slot the ball past Liverpool goalkeeper Marcelo de Araujo Pitaluga Filho.

United’s 17-year-old striker Joe Hugill was another who impressed against Liverpool with a four-goal haul.

But Diallo rounded off an excellent display with a cool panenka penalty to extend United’s lead.

The 18-year-old, who arrived at United in the January transfer window, will now be pushing Ole Gunnar Solskjaer for his first-team debut.

Speaking earlier this month, Solskjaer suggested that Diallo’s first senior appearance is not too far away.

‘I can’t see it being too long until he’s in the squad,’ said the United manager.

‘He’s definitely settled down well. The players have taken to him, he’s a good character, polite, smiley boy who works really hard.

‘He’s doing his sessions and getting used to us. There’s always a period of adjustment needed but he’s settling in well.

‘He can handle the ball, he’s enjoyed training and he makes a difference in training, which is quite remarkable at his age.’