Everton manager Carlo Ancelotti has called for his players to be braver if they want to compete in Europe next season ahead of what he called a ‘must-win’ match at home to Crystal Palace.

The Toffees have been dogged by inconsistency and have not won more than four matches in a row since Boxing Day and that has hampered a season which at one point looked like being one for a Champions League qualification challenge.

The current seven-match run of three wins and four defeats – two of which were against struggling Fulham and Burnley – highlight the problem Ancelotti has to address in the final 10 games of the season. 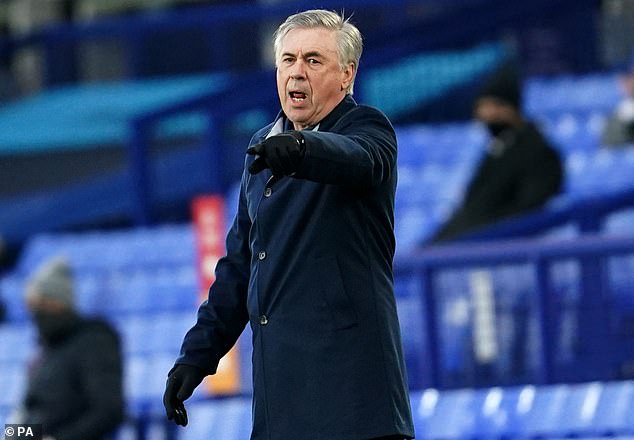 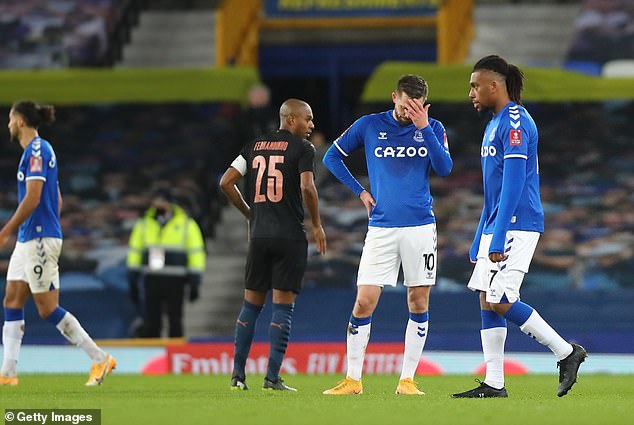 But he has urged his squad not to go into their shells during the run-in.

‘I think we did well until now because if you asked us where would we like to be in the last 10 games of the season we could answer that we want to stay and fight for European positions,’ he said.

‘There are difficult, important games, but the target is there. If we are consistent, if we are brave I think we can reach the target.

‘It will be an exciting race as a lot of teams are involved. We are convinced we can do well, we can reach a European position. Everton have struggled at home, taking just 17 points from a possible 42 at Goodison Park

‘Of course we have to fight in every game, we have 10 games and we have to improve the home run which was not good, starting with Crystal Palace.

Everton have taken just 17 points from a possible 42 at Goodison Park so far this season.

They have won just three of the last nine in all competitions and are currently on a run of four defeats in five matches at home. 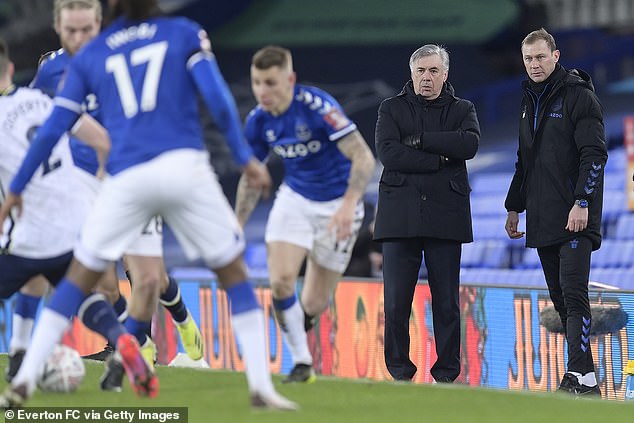 That is something which will have to be addressed immediately if they are to remain in the chase.

‘I think that the reason was because in the games where we tried to put more quality up front we lost balance,’ said Ancelotti.

‘We have worked on this and continue to work on this to put quality in our play, because we have players who can play with better quality and try to keep the balance we were used to when we played defensive matches.’

The Champions League final really does mean more for Liverpool