During a glittering 20-year career in the Premier League, Andy Cole scored a lot of goals and won a lot of trophies, but he left the talking to others.

The former Manchester United and Blackburn striker has been speaking to Sky Sports News on the launch of his new definitive autobiography, Fast Forward: The Hard Road to Football Success.

Once thrust into the spotlight at Old Trafford himself, Cole feels he is perfectly placed to comment on the work and treatment of Manchester United’s man-of-the-moment, Marcus Rashford.

At 49-years-old, Cole opens up on his mental health struggles and his triumphs, and how he experienced racism in his own career but also through the prism of his son’s footballing journey.

‘Why care how much Rashford makes?’

Rashford has drawn widespread praise for highlighting the issue of child food poverty, and getting the Government to back-track and announce free meals for disadvantaged children over the Christmas holidays. However, his increased influence has brought with it what Cole describes as unfair scrutiny of his personal finances and investment choices.

“He’s inspirational for a lot of the younger generation coming up for what he’s doing off the pitch, using his name in the right way. When all this other nonsense comes up and people are questioning him – ‘why is he doing this? Why is he investing in this?’

“That is naughty, but that is the media for you. When somebody tries to do right, they will always try to find a way to [knock him]. That saddens me but if he continues do what he is doing, he will grow as a footballer and individual.

“In football, you are always going to get that – you get yourself to a certain stage and make a name for yourself. The next agenda is how quickly can he fall back down again. Of course, you have to make mistakes when you are young.

“You should be taking your hat off to him, not looking at [how much he gets paid]. He’s not doing it for his mates, he’s doing it for the country. I don’t actually understand. Why?”

‘I never warned my son enough about racism’

Cole says his worst experiences of racism in football did not come from his own playing career, but rather that of his son Devante, who is currently at Motherwell. Cole admits a sense of anger and sadness that he never had the opportunity to prepare his son for what may come during his career.

“I remember when Devante had that experience when he was abroad, it made me angry and upset that I couldn’t shield him from it. I remember when he phoned me and I could hear it in his voice, as a father, the disappointment.

“I didn’t have the opportunity to tell him at some stage it will happen. That really hurt me.

“Of course, [racism] was about [during my playing career]. There were always snide comments but if you ever retaliated in those days, it was you who had the problem. It came back to having ‘a chip on your shoulder’, or being arrogant. Either you suck it up or you are a problem.

“Things are improving because they can speak it out. If you look at how [vocal] the young players are, they have the right to speak their minds. If it were not for the players who went before them, the chance to speak out would not be there. “[Getting into coaching and management] is the problem now, we are constantly trying to change it. Within the next two years, let’s see where we are at.”

‘I couldn’t man up anymore, I had to understand what this was’

Cole speaks extensively in his book about how physical struggles as an athlete bled into mental health problems towards the end of his career, and how it was essential to trust in others in order to help himself.

“Sometimes you get lost in your feelings and put try and put things in boxes. When you are in the game, everyone seems to think that money makes these problems go away. Money doesn’t make you happy, people fail to understand. 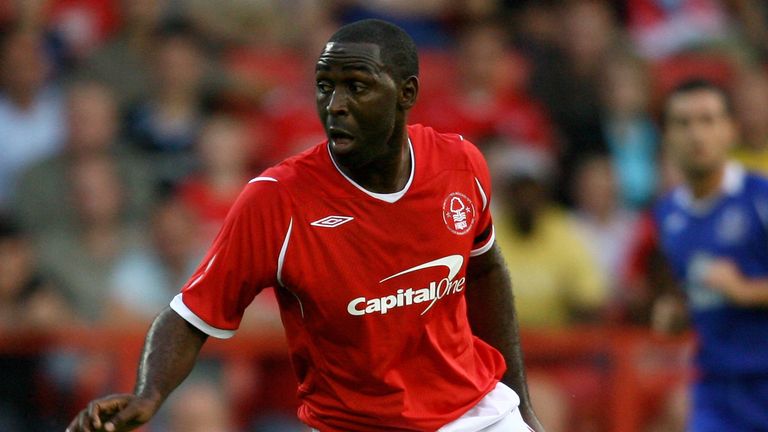 “That was the toughest thing for me to accept. You’re fit and strong and all of a sudden, you are not. You question yourself and say ‘man up, get on with it’ – that’s what I kept doing. When I realised I could not ‘man up’ anymore, I thought I was mentally not strong enough. You have something that is going to challenge you for the rest of your life and you have to accept it. What you did before you can no longer do.

“I have no patience with myself. If I have to do something, I have to do it 100 per cent. To trust other people, it was hard, there was no such thing as ‘can’t’. But gradually as they broke it down, I began to understand what this illness is really about. You have to work with it, not against it, otherwise your body doesn’t really belong to you.”

‘I am forever indebted to my nephew, Alexander’

Cole underwent a lifesaving kidney transplant in 2015, thanks to his nephew Alexander, after contracting Focal Segmental Glomerulosclerosis during a trip to Vietnam.

“When you have a big family, there are ups and downs. That’s what big families do. We can be at each other’s throats and not speak to each other for a minute, but when things happen like they have happened to me, that’s when they come together.

“I was very fortunate with my nephew. I have a few nephews, everyone was prepared to line up, my cousins, my mates, all prepared to give me the opportunity to continue my life by donating a kidney.

“My nephew Alexander was so adamant he was going to do it, nothing was going to change his mind. I am forever indebted to him. You know that someone is going to put themselves through complications, changing their life for you.”

Fast Forward: The Autobiography: The Hard Road to Football Success by Andrew Cole is available now.

Neymar reportedly tests positive for coronavirus after holiday in Spain