A furious Frank Lampard slammed his ‘lazy’ Chelsea stars after they were beaten 3-1 by struggling rivals Arsenal.

The Gunners were 15th going into the game while Chelsea could have gone second with a win but they were 3-0 down after 56 minutes thanks to goals from Alexandre Lacazette, Granit Xhaka and Bukayo Saka.

Lampard said he was angry with the way his side approached the game and accused his players of not wanting to run or put the required amount of effort in from the start. 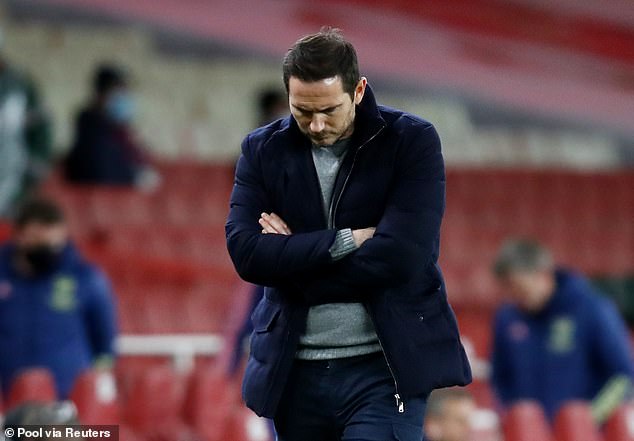 ‘First half not good enough, second half yeah good enough but a mountain to climb. We fought second half people, came on added speed and energy to our game but that should have been a given from the start. 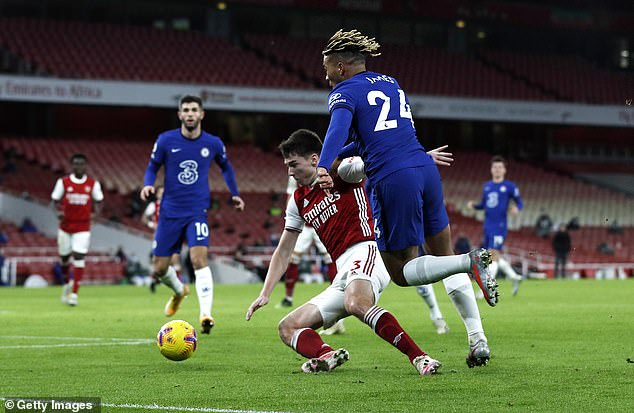 ‘Dangerous combination, the players knew that before the game, if you have a few players go out and play 60 or 70 per cent you’re not going to win any Premier League game.

‘I’m angry because I want to win games. Today was an opportunity to go to a place where they’re having a tough time but you know how that goes. You either make it more difficult for them or you give them a little opening – we did that from minute one and then we continued to do it for 45 minutes and then you get what you deserve.

‘Lazy giving away a penalty, and a free-kick, I’m very disappointed with way we approached first half. 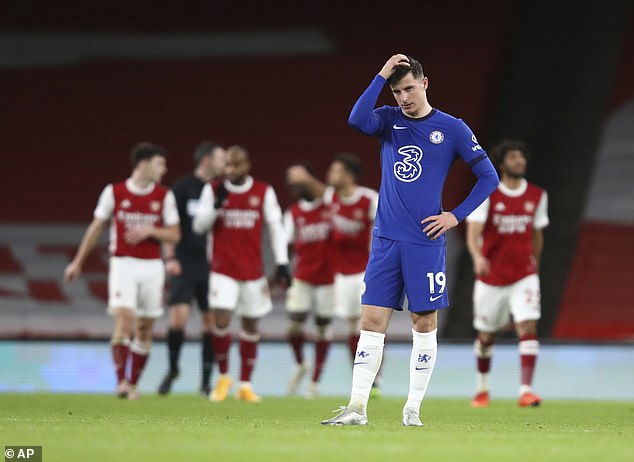 ‘Yeah (will be demanding a reaction) and the players will have to do it, it’s up to them.’

Tammy Abraham pulled a goal back for the Blues in the 85th minute before Mason Mount won a penalty late penalty as the visitors looked to stage an unlikely comeback.

But Jorginho’s spot-kick was saved by Bernd Leno and Arsenal held on to claim an emphatic 3-1 victory.