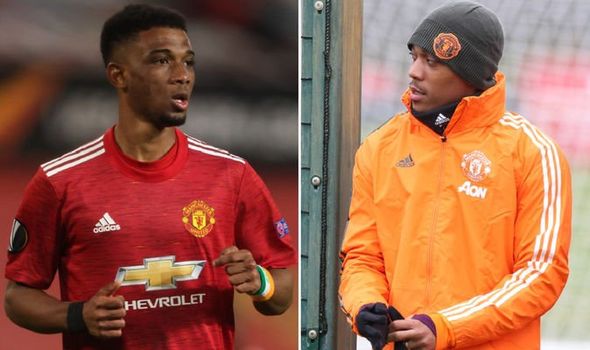 Amad has been hailed for his “absolutely stunning” impact in Manchester United’s Europa League last 16 first leg against AC Milan on Thursday night – but Shaka Hislop has hit out at Anthony Martial after United were held to a 1-1 draw.

United were pegged back by their Serie A opponents at Old Trafford after Simon Kjaer scored a stoppage-time header to give Milan a vital away goal.

Before that, teenage attacker Amad – given his longest United cameo yet – scored a brilliant header, flicking Bruno Fernandes’ chipped ball over Gianluigi Donnarumma despite having his back to goal.

The Ivorian was making just his third United appearance since joining from Atalanta in a deal that could eventually cost the Red Devils £37million.

But despite the 18-year-old’s terrific impact after replacing the injured Martial at the break, Hislop believes his performance was offset by the lacklustre performance of the Frenchman.

The ex-Premier League goalkeeper felt that Martial, who sustained a hip issue, failed to fulfil the task asked of him by manager Ole Gunnar Solskjaer. 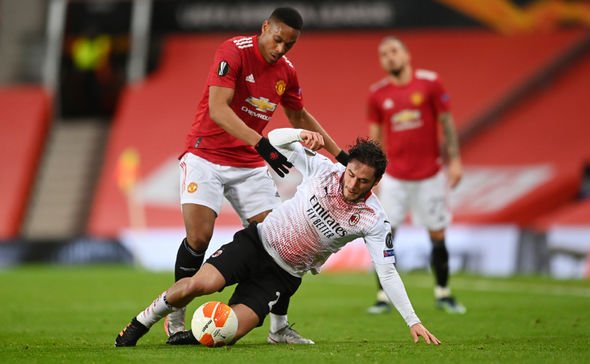 And the former Trinidad and Tobago shot-stopper felt United’s attack was far more effervescent with Amad in the team, insisting that the youngster even brought more out of talismanic playmaker Fernandes.

“This is the big criticism around Anthony Martial. Incredible talent but sometimes when he doesn’t do what’s asked of him, it weighs heavily on United.

“United wanted their front three to be pressing Milan at the back and preventing those easy balls from defence into midfield and whoever’s up front. Martial wasn’t keeping up his end of the bargain.

“Amad comes on and you see an energy around that front three, how they’re pressing, and that changes everything about the game. 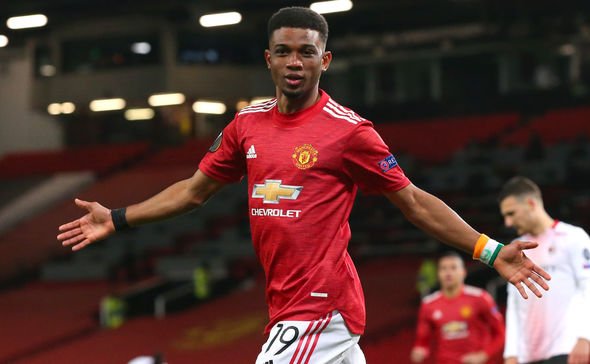 “It changes everything about how Milan move the ball from back to front, how they receive the ball in midfield and are allowed to turn and go at United.

“More to the point it changes everything about United and how they go forward. Then the run from Amad and the little ball from Bruno Fernandes, who you saw nothing of in the first half, even he rises to the ask of him with a more energetic front three.

“Credit to the young man for coming on and taking the goal as well as he did. You have to appreciate his awareness around that situation.

“Even more than just scoring the goal, he changed everything about United’s performance in the second half and that for me was deserving of all the plaudits.”

Milan’s late leveller sets up an intriguing second leg at the San Siro next week when several players for each team could return, including former United striker Zlatan Ibrahimovic for Milan.

Post-match, United boss Solskjaer declared that he hopes to have Marcus Rashford back for the reverse tie, and Hislop felt that winger was missed in the first leg.

Hislop added: “Without question they [Edinson Cavani and Rashford] were missed and you saw that.

“I thought United were second best in the first half and then the better of the two teams in the second. From that regard a draw is the deserved result.

“Quite clearly the pace and running of Rashford and the experience of Cavani will always be missed. You saw that.

“I thought Martial in particular was disappointing in the first half and you saw how much it changed when Amad came on.

“Both Rashford and Cavani are upgrades on him, taking nothing away from him, his goal and how good United were.

“I think this game is really delicately poised for the second leg and it makes it interesting.”

Romelu Lukaku he has the ultimate chance vs old club Chelsea