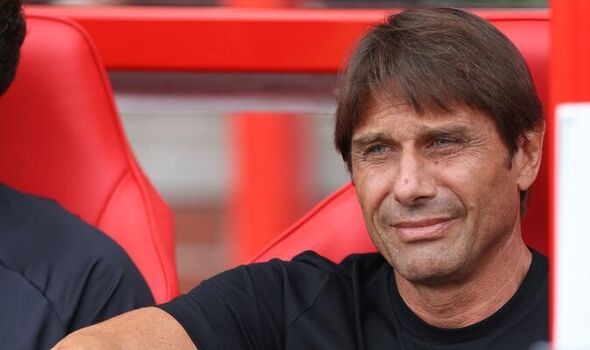 Antonio Conte praised Tottenham’s warrior mentality after two goals from Harry Kane gave them a hard-earned 2-0 win at Nottingham Forest. The Spurs manager was delighted with the stomach for the fight shown by his side in a victory which extended their unbeaten Premier League run either side of the summer break to 10 matches.

“In the Premier League there are top teams who want to try to fight. It’s always a sporting war. After a game there’s a winner and a loser. Every game has to be a sporting war for us,” said Conte.

“It was really intense. There was a lot of noise around the pitch. To play here is not easy, with the crowd against you. If you are strong mentally you survive in this type of situation. The players are improving in their resilience and also learning to suffer together.”

Kane, who had a second-half penalty saved by Dean Henderson, claimed Forest should have been reduced to ten men in the incident which led to its award. Defender Steve Cook handled under his own crossbar under pressure from Kane but escaped with a yellow card. 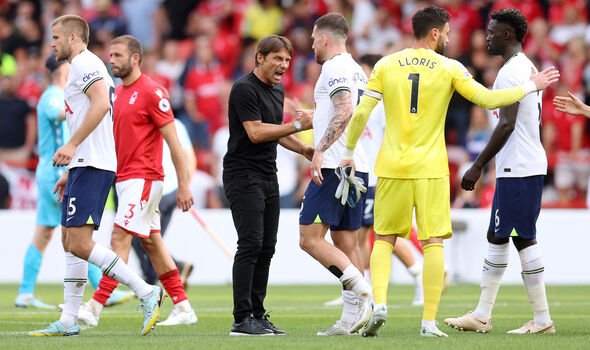 “If this isn’t denying a goalscoring opportunity then I don’t know what is. The game is over but I’m surprised with the decision,” said Kane. “I have practised a lot against Dean Henderson at England but I was pretty focused with what I wanted to do on the penalty.

“I was trying to go high and didn’t quite get it how I wanted it to. Fair play to him, he made a great save. He is a good shot-stopper and I thought he played fantastic for them today. Thankfully it didn’t matter for us!”

Forest manager Steve Cooper blamed his side’s lack of threat in front of goal for the defeat. “We did a lot of good things in the performance today. Our build-up play was excellent. What we didn’t do was the hardest bit and threaten the goal enough,” he said. 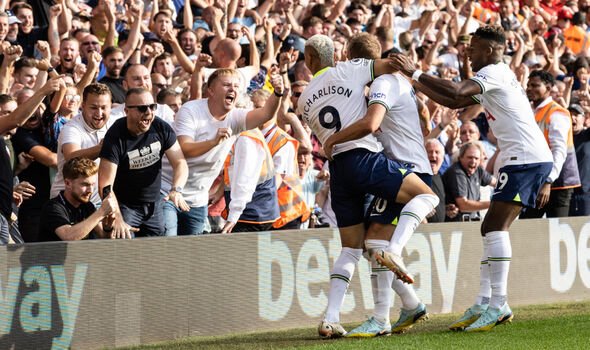 “The idea is to keep progressing and building. If we get it right, we could be a good team.” The Forest manager took exception to an exhibition of ball-juggling from Spurs substitute Richarlison after the visitors had gone 2-0 up which he viewed as disrespectful.

But Conte defended the Brazilian afterwards. “It’s a game, you are under pressure, but I don’t think Richy wanted to show any disrespect to Nottingham Forest – a really good team with a good history and we have a big respect for them,” he said.

“Richy, for sure, thinks in the same way and he doesn’t want to disrespect nobody.”