Arsenal 1-1 Liverpool PLAYER RATINGS: Virgil Van Dijk puts in another man of the match performance while Alexandre Lacazette was a constant threat

The Liverpool captain broke the deadlock after Bernd Leno parried a cross back into a dangerous area, leaving Milner to clear up the mess and score his third goal of the season.

Both sides had chances in a high tempo game and it looked like Liverpool would go top of the table but Lacazette’s late goal saw the visitors drop points but not their unbeaten start to the season. 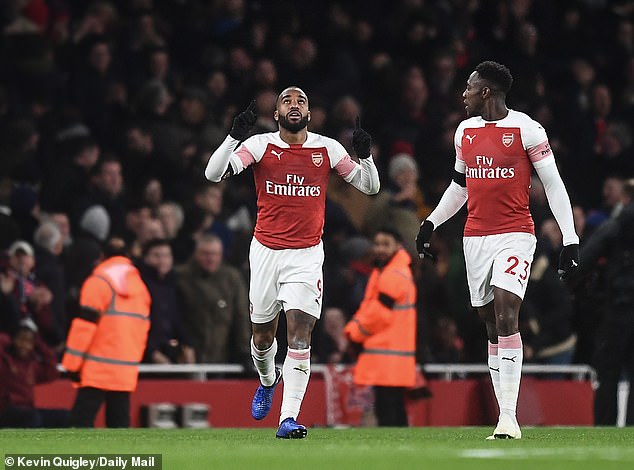 Showed why he has replaced Petr Cech as Arsenal’s No 1 with some good saves, most notably from Van Dijk, and steady distribution with his feet. Worrying choice when he clattered Van Dijk and possibly guilty of an error for Liverpool’s opener, but little he could do.

His pace and tireless running along the right flank gave Arsenal an extra attacking outlet and he also did his bit at the back despite playing with a heavily strapped upper right leg. His late lame shot proved he is pretty one footed, though.

So often the weak link at the heart of the Arsenal back four, the German was strangely secure. His ability in the air worried Liverpool at set pieces too. 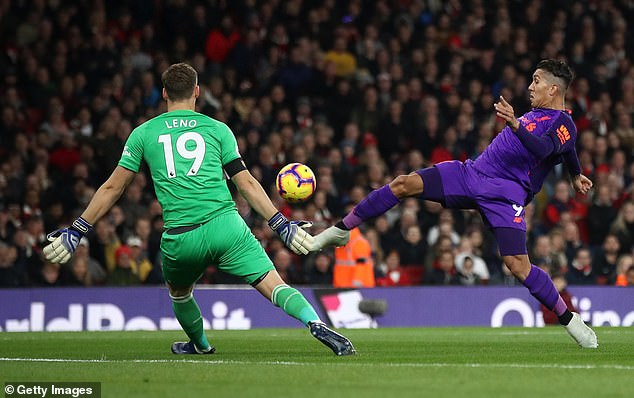 Might owe his place in the team to injuries, but is now looking like he is in Emery’s side for the long haul. A confident display against Salah and Firmino.

Looked understandably off the pace early on in his comeback from injury. Despite struggling to keep up with Mo Salah he still offered Arsenal more security at left-back than in their last couple of matches.

His partnership with Torreira in front of the Arsenal defence has been key to their unbeaten run going into this match. So often guilty of conceding unnecessary free-kicks and cautions he kept his head in this match and played an important role in the outcome of the match.

The defensive midfielder Arsenal have been missing for years. His tiny legs had to work twice as fast as nearly every other player on the pitch. Tackled well and distributed the ball effectively.

More than justified his selection of Alex Iwobi as he made good use of the ball down the right-hand side. Worked hard tracking back too and so nearly scored in the first half. Ultimately withdrawn when Arsenal were chasing the match. 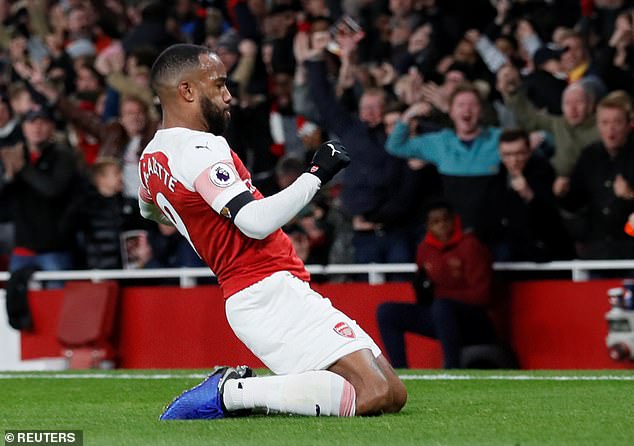 Worked as hard as he ever has with the captain’s armband but not the highest quality display from the enigmatic German.

Determined to make the most of his place in the starting line-up as he caused Liverpool no end for problems down their right-hand side. Did everything but score and was surprisingly subbed late on when presumably struggling with a knock.

Tireless and eventually rewarding evening for the French forward, who had a couple of half chances and linked well with Aubameyang. Came up trumps with a brilliant equaliser just when Liverpool looked odds on for a one-nil away win.

Alex Iwobi (for Mkhitaryan 68 mins) Struggled to get up to the pace fo the match after his late introduction. 6

Aaron Ramsey (for Aubameyang 73 mins) A decent player to have on the bench, but he did not make much of an impact this time. 5

Danny Welbeck (for Kolasinac 81 mins) Made a nuisance of himself when he came on and justified his introduction to the match. 6

Made a bold selection by going with his four most attacking players from the outset in a bid to bamboozle Liverpool with strikes from both sides of the pitch and it just about paid off. Still a Premier League beginner, but looks like he knows what he is doing. 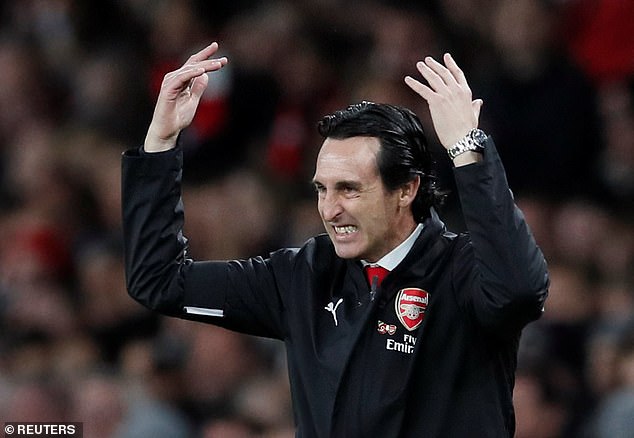 Fortunate not to concede a penalty when he wiped out Mkhitaryan after being caught out of position from a chance which should have resulted in an Arsenal goal. Recovered to produce an assured performance and made some decisive interventions in the sweeper-keeper role too.

Struggled to cope with the pace of Aubameyang early on, when he was also sloppy in possession. Possibly to blame for giving Arsenal the confidence to relentlessly attack down the Liverpool right. Improved after the break.

No wonder Liverpool almost broke the bank to sign the big Dutch central defender. He towered over the rest of his side’s back line and read the game so well. Could have scored too – twice! 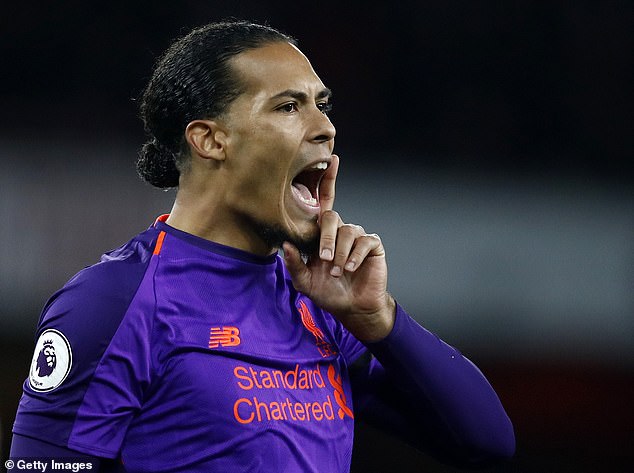 Seems to grow in stature with every appearance and this clash was no different. A brilliant block on Aubameyang kept Arsenal on level terms early on and did very little wrong.

Looked so comfortable at left-back and offered Liverpool options going forward too. Never stopped organising team-mates around him too.

A ruthless character in the Liverpool midfield, who was not afraid to commit a foul or two for the good of his team. Eventually booked for putting his arm across Torreria’s face.

A steady display in the Liverpool midfield. Did not make many significant contributions but will not earn any criticism from boss Jurgen Klopp. A key man in this Liverpool side now.

Won a couple of key early tackles to help settle some team-mates amid a blistering Arsenal start. Always looking to organise team-mates and lead by example like the good captain he is. Great finish for Liverpool’s goal. 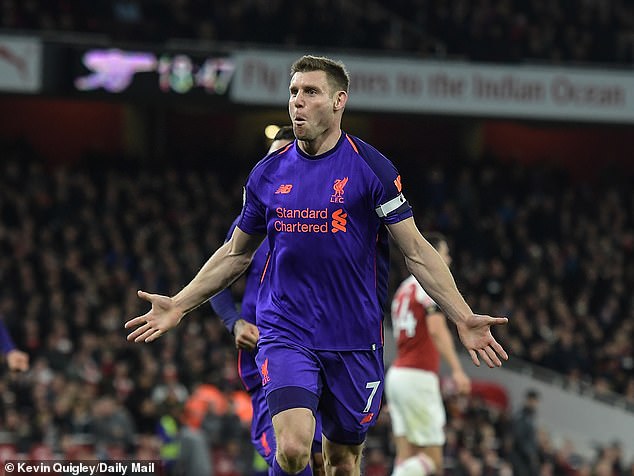 His pace and skill on the ball was a constant worry to Arsenal, particularly in the first half. Was taken off late on, but that was possibly when Klopp was trying to kill the game rather than win it.

Not the best ever performance from the Brazil international, who was not bad but not brilliant either. ran out of steam as the match reached the closing stages and was replaced by Xherdan Shaqiri.

Possibly unfortunate to have an early effort ruled out for offside, but never gave up the chase and was just as hard working helping out his defence as he was trying to get on the end of Liverpool’s attacks. Got better as the match wore on and did a lot of unsung work. 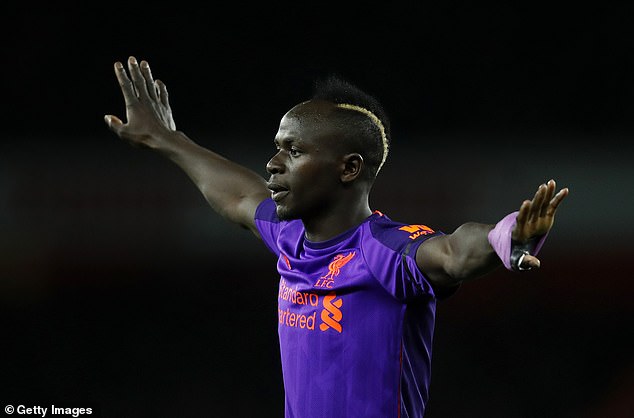 Xherdan Shaqiri (for Firmino 80 mins) Injected some pace into the Liverpool attack late on and showed once again what a valuable member of this season’s Liverpool squad he can be. 6

Joel Matip (for Salah 90+4) No time to have an influence on this roller-coaster clash 6.

Rarely far from the touchline as he barked out instructions from start to finish. He was so animated and angry at times it appeared Liverpool and 12 players.

Controlled a frantic match well and let it all flow though perhaps could have made bolder decisions.

Southgate sweating on Pickford's fitness ahead of World Cup qualifiers

Neville says an injury to Maguire would be England's biggest blow