Arsenal manager Mikel Arteta says he has put forward his transfer plans to the Gunners board and hopes the club will back him in the summer window. Arteta’s side beat Chelsea in the FA Cup final on Saturday evening at Wembley.

Two goals from Pierre-Emerick Aubameyang were enough to clinch a 14th FA Cup for Arsenal.

Arteta only took over at Arsenal in December and has seemingly bed in a new style of play, with a trophy to show for his efforts.

One thing which could hamper Arteta’s progress, however, is their spending power in the transfer window. 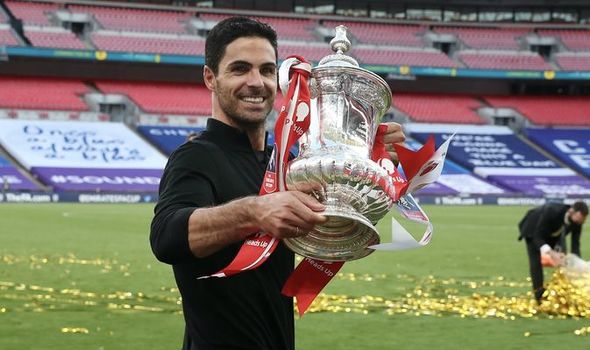 It’s been suggested that Arsenal won’t be able to spend what Arteta would like in the window.

“I have presented my vision and my plans and all together we will try our best to get the club in the best possible position,” he said.

“I know how important it was as we needed to be in Europe.

“It is a must for our club and financially because it is a bigger step forward in order to allow us to do more things in the future and have a better structure financially.

“I am very pleased for both things – winning the trophy and having the option to play in Europe.”

Arteta said after the win over Chelsea just how proud he was of his team, noting that a lot has had to change during his six months in north London. 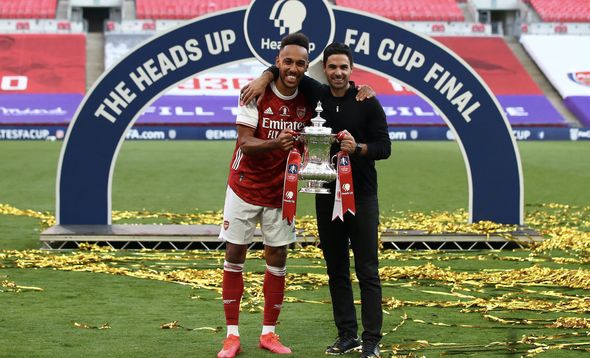 “I am really proud of what we have achieved because I know the difficulties and everything we have been through,” said Arteta.

“For me personally, it has been so tough over the past six months with a lot of things that have happened in our lives.

“But I had just one mission when I came here and that was to make the players and staff believe we could do it.

“We had to change that energy and that mentality and just by seeing them in the dressing room all together.

“And the way they enjoy their profession and their time together, it makes me more proud and as a consequence of that after we can achieve things and win titles together.”