Arsenal may have a key advantage in the race to sign Real Madrid star Martin Odegaard on loan. Reports on Wednesday claimed Arsenal have made contact regarding a move for the Norway international. Gunners boss Mikel Arteta is keen on bringing in an attacking midfielder in the January transfer window.

Norwich City’s Emiliano Buendia and Borussia Dortmund’s Julian Brandt have both also been linked with a move to the Emirates.

However, it appears Arsenal technical director Edu has turned his attention to Odegaard.

Real will allow Odegaard to leave the club on loan and the player is keen to find regular first-team football.

Fellow La Liga side Real Sociedad are also keen on re-signing the 22-year-old, who impressed on loan there last season. 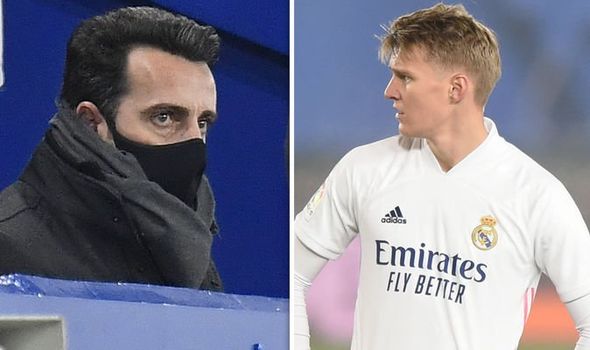 However, Arsenal may have an advantage in their pursuit.

Odegaard is represented by the NSKY agency, the same agent as Gunners youngster Nikolaj Moller.

Arsenal signed Swedish striker Moller last October from Malmo, so they have a good relationship with the agent.

The 18-year-old has scored three goals in eight appearances for the Arsenal youth sides.

And Football.london say this could be a ‘secret weapon’ for Arsenal in the race for Odegaard’s signature.

Odegaard was tracked by Arsenal before he joined Real aged 16 in 2015.

However, he has been unable to gain a regular spot in the first team at the Bernabeu.

Odegaard had spells on loan at Heerenveen and Vitesse in Holland before the season at Sociedad. 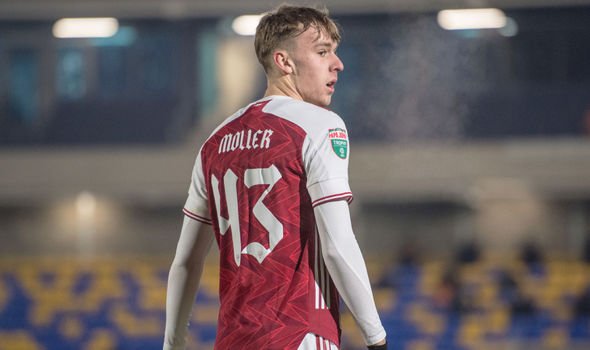 Arsenal are looking to bolster their attacking midfield options despite the emergence of Emile Smith Rowe.

Former Arsenal right-back Lauren believes Smith Rowe cannot burden the responsibility of being the only recognised No 10 in the squad at the age of 20.

Lauren reckons both Smith Rowe and Bukayo Saka need to be given time before relying on them as key members of their squad.

“When youngsters pop up in the first team, they need people around them to help them improve.

“They need top players around them to reach their potential.”

Real Madrid boss Zidane calls for fans to get behind Bale