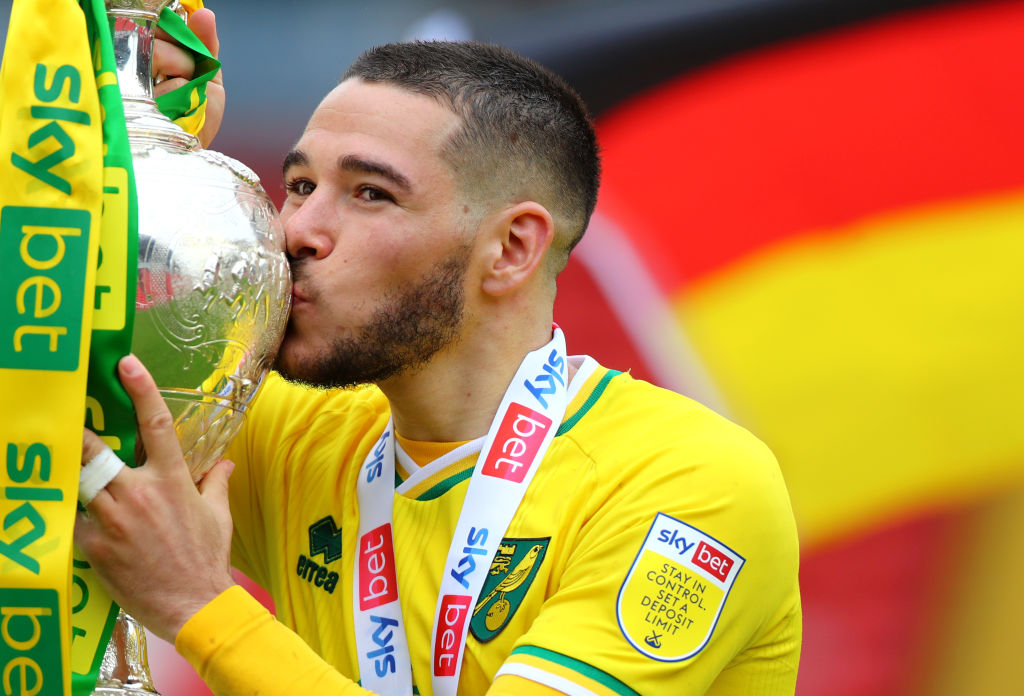 Aston Villa are reportedly set to beat Arsenal to the signing of Emiliano Buendia after having a bid accepted for the Norwich midfielder.

Buendia notched up 15 goals and 16 assists to help Norwich secure promotion back into the Premier League at the first time of asking and the 24-year-old was named Championship Player of Season for his outstanding performances across the campaign.

The Gunners initially registered a strong interest in Buendia last January but went on to complete a loan deal for Real Madrid’s Martin Odegaard before reviving their move for the Argentine this summer, making two separate bids for his signature.

However, according to The Mirror, Arsenal head coach Mikel Arteta looks set to be disappointed in the club’s pursuit of Buendia, with Premier League rivals Villa on the cusp of winning the race for the gifted playmaker.

The report claims Villa had an offer accepted by Norwich for Buendia and a full agreement is set to be finalised over the next 72 hours.

The transfer fee is likely to be close to the £40million mark which would smash Villa’s current club-record deal set by Ollie Watkins, who joined for £28m plus add-ons from Brentford last September.

Atletico Madrid and Valencia are also said to have explored possible bids for Buendia but it appears certain the former Getafe star will be playing his football under Dean Smith next term.

It remains to be seen whether Buendia will arrive at Villa Park as a replacement for Jack Grealish or to play alongside the England star, who continues to be heavily linked with Manchester United and Manchester City.

‘You always dream of being at the highest level and in the best teams in England, Spain and Europe,’ Buendia told AS Argentina when asked about his ambitions for the future.

‘You dreams of challenging for titles, it is an ambition that I have.

‘It’s a source of pride that important clubs are interested in you as it means that you are doing things well and it provides motivation to continue working and one day achieve it.’

‘Of course if one of the best clubs in the world wants Emi as a starter and makes an unbelievable offer then it could be a realistic solution for all parties,’ Farke told reporters.

‘But Emi is a key player and it is always our task to make sure that we keep the key players.

‘It is due to the great work of sporting director Stuart Webber we have them under long term contracts.

‘That means if a club wants them they have to invest an unbelievable amount of money.

‘If there is a club who want to put some crazy offers out then maybe you use this to help the club in the future, but as a head coach my first thought is to work further on with our key players.’