Arsenal are closing in on a deal to sign Barcelona forward Philippe Coutinho on loan for a year, but need the Catalans to pay a portion of his wages in order to facilitate the move, according to The Telegraph. Arsenal are believed to be the favourites to land the Brazilian, who is keen on a return to the Premier League.

Arsenal are set to focus on signing attacking reinforcements this summer.

The Gunners have been linked with a move to sign soon-to-be free agent Willian, and are said to be closing in on a deal to sign Coutinho.

The Barcelona winger is set to return from his loan spell at Bayern Munich, and doesn’t appear to have a future at the Nou Camp.

Barca are keen to sell the 27-year-old in order to ease their finances and raise funds for a move to sign Lautaro Martinez. 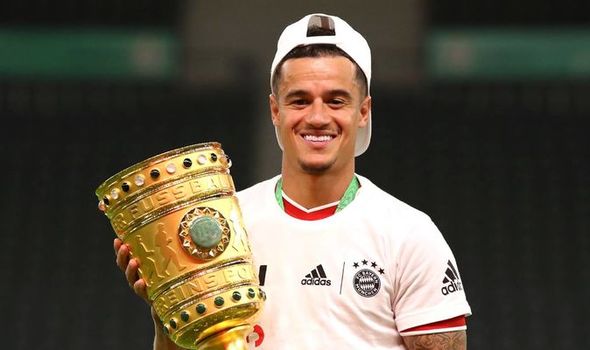 But according to The Telegraph, the La Liga runners-up will have to pay some of his wages if he is to sign on loan for Arsenal.

The Gunners made 55 members of staff redundant on Wednesday due to the financial impact of the coronavirus pandemic.

However, they are still set to push through with their transfer plans, though won’t have the funds to meet Coutinho’s wages, with the loan deal set to cost them £10million.

The forward is on a whopping £240,000-per-week at Barcelona, and those wages have put off a series of suitors from the Premier League.

Brazil legend Rivaldo believes he should do whatever it takes to return to the Premier League with Arsenal, as the move could help him rediscover his best form.

“His best option could be returning to English football where he spent the best seasons of his career and in which his qualities seem to be best suited, as he proved at Liverpool when was one of the best players in the Premier League,” he said.

“At Arsenal, Tottenham or Leicester, Coutinho could be a regular starter next season.

“It would be a good opportunity for the Brazilian to rediscover his best form and show that he continues to be an excellent player who belongs to the elite.” 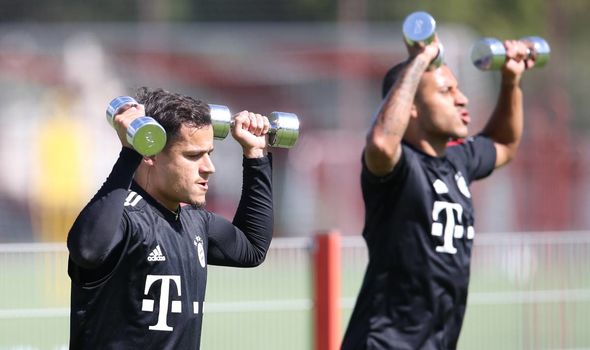 Coutinho’s agent, Kia Joorabchian, confirmed earlier in the window that the player is keen to return to England this summer.

“It is one of his priorities… but he is also not against staying at Barcelona, so it is very much open.”

Joorabchian added: “There is much genuine interest in Philippe because he is a great player and a big success. There is always interest.”