A number of Arsenal fans are getting excited about the prospect of Dominic Szoboszlai and Houssem Aouar joining in January with both Edu and Vinai Venkatesham in attendance for the game against Leeds. The Gunners were busy in the summer transfer window recruiting to help bolster Mikel Arteta’s squad.

Thomas Partey, Gabriel Magalhaes and Willian were the big signings with all three players establishing themselves as first-team regulars.

But they were unable to strike a deal with Lyon for Aouar with the French club rejecting a bid from Arsenal.

Their interest in Aouar though has reportedly not waned with some suggestions that they may try again in the New Year.

And Szoboszlai has emerged as a top target heading into the January transfer window with Arsenal struggling for creativity in midfield.

JUST IN: Tottenham ace warned joining Arsenal would be ‘too much hassle’ 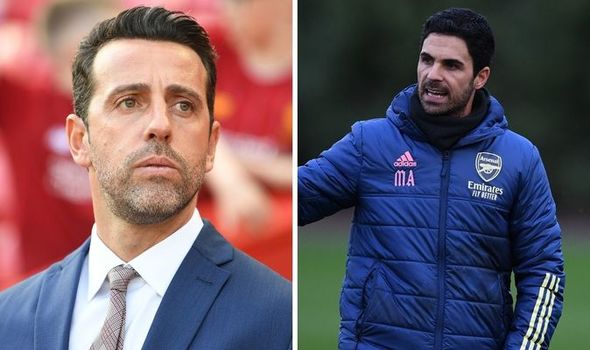 The 20-year-old has impressed since breaking through at Red Bull Salzburg, scoring twice in three Champions League group stage matches this season.

Arteta works closely with both Edu and Venkatesham in regards to who the club are looking to bring in.

And some Arsenal fans believe their attendance at the Emirates on Sunday suggests more transfer business is being lined up for January.

One fan tweeted: “That means Dominic Szobozlai and Houssem Aouar are coming home.”

Another wrote: “Going to see how desperately we need Szobozlai/ Aouar.”

A third said: “Probably trying to figure out how best can both Szobozlai and Aouar fit into the system.”

A fourth posted: “They should see that we need a creative midfielder.”

Venkatesham, Arsenal’s managing director, is tasked with trying to help push the club back up to the top of the Premier League. 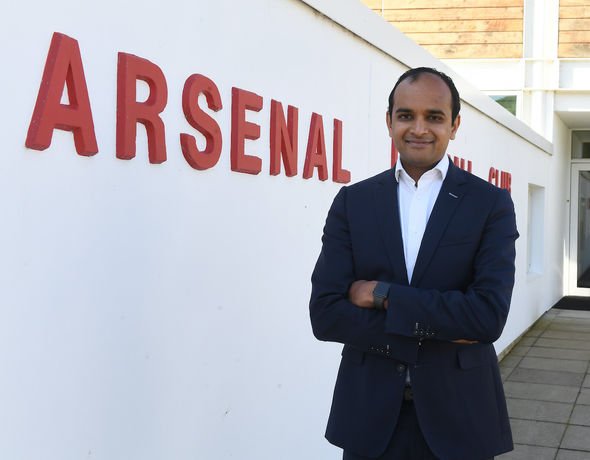 And he admitted in the summer to being “impatient” with the task at hand.

Laporte insists football must listen to experts over return to action