England were beaten 2-0 in Leuven on Sunday night by Belgium to end their hopes of Nations League glory. But there were plenty of encouraging signs for Gareth Southgate’s Three Lions side, and one of those who shone was Arsenal youngster Bukayo Saka.

Arsenal fans were left drooling after seeing what Bukayo Saka did to Kevin De Bruyne during England’s defeat to Belgium.

The Three Lions were beaten 2-0 in Leuven on Sunday night to end their Nations League journey.

But there were encouraging signs for Gareth Southgate’s side, as several fairly new members of the squad impressed.

One of those was left wing-back Saka, who has emerged as a top talent for Arsenal.

JUST IN: Arsenal advised of Aouar transfer alternative who could unleash Partey 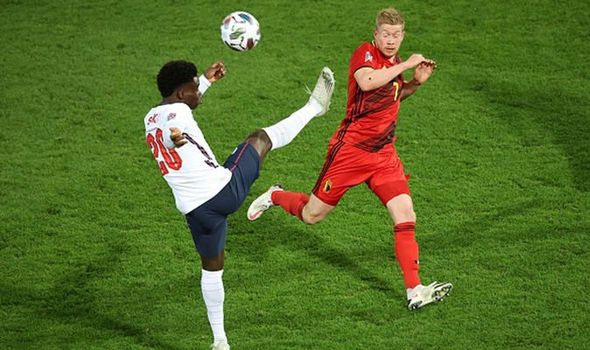 The versatile wide man bombed up and dow the left side for England during the loss to Belgium.

And there was one moment in particular where Saka left Manchester City playmaker De Bruyne a little red faced that they enjoyed in particular.

It came just after the hour mark as Saka received the ball near the touchline just inside his own half. 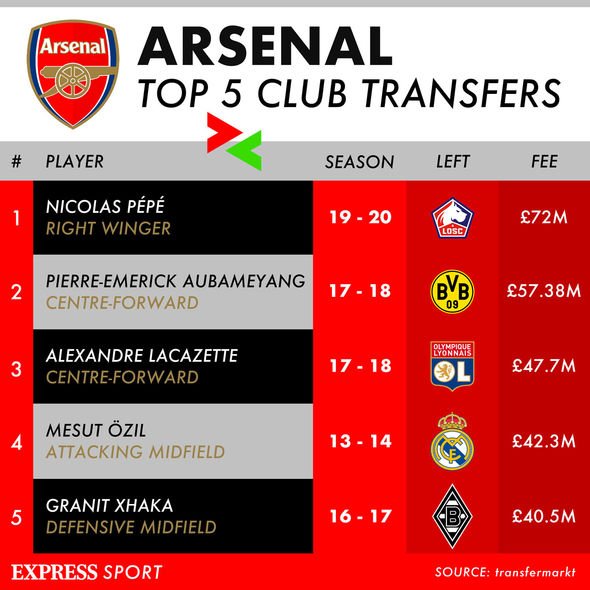 The 19-year-old looked as if he was going to dribble towards his own goal, but turned around sharply, causing De Bruyne to slip in his pursuit.

Responding to the video which had been titled ‘Nothing to see here, just Saka sending KDB back to Manchester’, one wrote: “You love to see it.”

“More like banished to the nether realm,” a second added. He’s become scarily good at that left wide space. I’d like to see him occupy the spaces Auba [Pierre-Emerick Aubameyang] is occupying.”

“That turn was absolutely filthy,” noted a third.