Transfer update: How much have Premier League clubs spent?

Arsenal have reportedly contacted Manchester United to ask about the future of Donny van de Beek. The Gunners are in the market for a central midfielder this summer and appear to have identified the Dutchman as a potential transfer target.

Van de Beek has endured a difficult time since joining United in a £35.7million (€40m) transfer from Ajax in August.

The 24-year-old midfielder made 32 appearances in all competitions for Ole Gunnar Solskjaer’s side, but struggled to make an impact, recording just one goal and one assist.

He spent most of the season on the bench, making just four Premier League starts for United, who often played the likes of Paul Pogba, Fred, Scott McTominay and Nemanja Matic ahead of him.

Van de Beek’s season went from bad to worse this week when he was forced to withdraw from Holland’s Euro 2020 squad with injury. 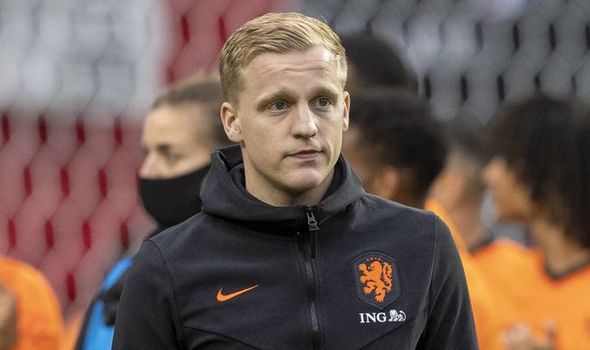 Yet his lack of impact for United has not put Arsenal off, with 90min reporting that they have ‘made contact’ with the club about his future.

The surprising link comes with Arsenal searching for players to rebuild their squad this summer.

Manager Mikel Arteta and technical director Edu are targeting as many as five new arrivals during the off-season, with as many players expected to leave the club.

Central midfield is just one of the areas they are concentrating on after a disappointing season saw Arsenal finish eighth in the Premier League and fall short in the Europa League.

In order to sign someone to play alongside Thomas Partey, who joined in a £45m move from Atletico Madrid last summer, they will need to sell some players. 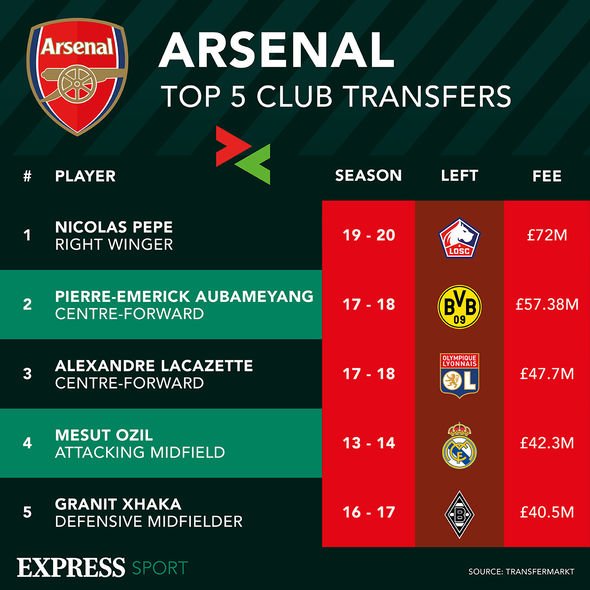 One of those leaving is Granit Xhaka, who is reportedly on the brink of joining Jose Mourinho’s project at Roma.

Arsenal are said to be holding out for Roma to meet their £21.5m (€25m) valuation, but the transfer is expected to go through.

Matteo Guendouzi has been linked with a move to Marseille following a spell on loan with Hertha Berlin, while there are also doubts about the futures of Joe Willock, Ainsley Maitland-Niles and Mohamed Elneny.

Arsenal are also in the market for a goalkeeper, right-back, left-back and attacking midfielder this summer.

Ajax goalkeeper Andre Onana and Mat Ryan of Brighton are on the radar, as well as Southampton defender Ryan Bertrand and Martin Odegaard, who could arrive on a permanent deal from Real Madrid following a successful loan spell last season.