Arsenal should have pushed to sign Leicester City midfielder Youri Tielemans, rather than Porto’s Fabio Vieira. That’s according to former Gunners striker Kevin Campbell, who believes that the money spent on Vieira should have been allocated on a midfielder with a different playing style.

The Gunners officially unveiled Vieira on Tuesday, with the 22-year-old attacking midfielder taking the No21 shirt after signing a long-term contract with the club. Arsenal will pay Porto an initial fee of £29.9million (€35m), with a further €5m due in add-ons, taking the total expenditure to £34.2m.

Vieira joins on the back of an impressive campaign in Portugal, where he contributed six goals and 14 assists in 27 Primeira Liga outings last season to help Porto win the title. Mikel Arteta described him as “a very creative player” and “such a special talent” who will offer “high quality and versatility to our attacking play”.

He generally plays in central positions, meaning he will join Martin Odegaard and Emile Smith Rowe in Arsenal’s ranks. His signing comes after Arsenal cooled their interest in Leicester’s Tielemans, who now looks set to sign a new one-year deal, rather than leave the club. That comes as a disappointment to Campbell, who saw the Belgian midfielder as the perfect addition for Arteta’s side. 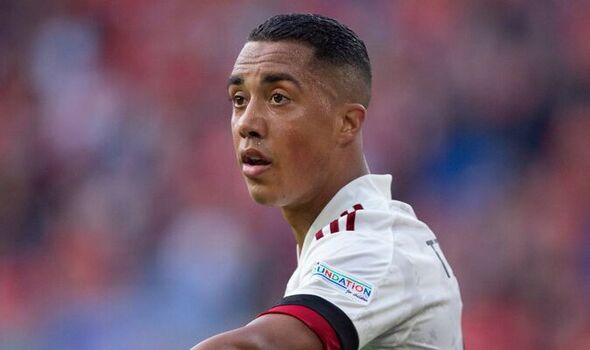 “I think Youri Tielemans is the one they will be looking at,” he told Football Insider in April. “I could be wrong on that but I think the ship has sailed with [James] Maddison. We have Odegaard now so spending another £50million on an attacking midfielder, I just don’t see it.

“Tielemans is a player Arsenal need. He has a different game to Maddison. I’m sure Arteta will see him as our type of player. For me, Tielemans is the one and I hope we can get that deal done in the summer.”

Vieira will look to change shirt history as he is handed No.21 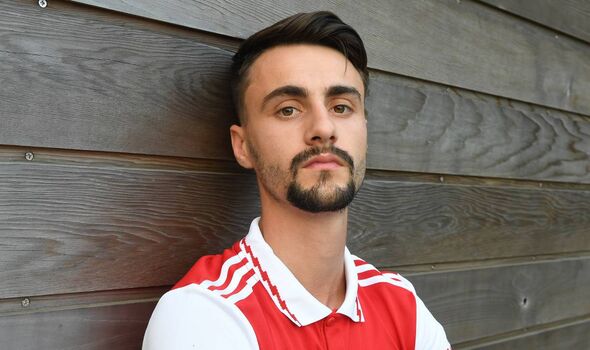 Tielemans had been strongly linked with a move to north London at the beginning of the summer as he approached the final year of his contract with Leicester. The 25-year-old Belgium international contributed six goals and four assists in 31 Premier League appearances last season to attract plenty of transfer interest.

But the arrival of Vieira at Arsenal has seen that possibility come to an end as Arsenal turn their attention to other targets further up the pitch. Manchester City striker Gabriel Jesus was identified as the club;s priority transfer target at the beginning of the summer and they are now edging closer to his signature.

According to Fabrizio Romano, negotiations between the two clubs are now ‘very advanced’ with Arsenal ahead of Tottenham and Paris Saint-Germain in the race for Jesus. Meanwhile, Arsenal have also submitted a formal transfer bid to Leeds United for Raphinha, which is expected to be rejected. The 25-year-old winger has two years left on his contract and is valued at £50m by Leeds.