Willian has rejected another contract proposal from Chelsea, reports claim. The Brazil international is expected to leave the club after seven seasons at Stamford Bridge.

Willian has enjoyed a hugely successful career with Chelsea since arriving from Anzhi Makhachkala for £27million in August 2013.

The 31-year-old has scored 63 goals and provided 62 assists in 339 appearances for the club.

He’s helped the west London side win two Premier League titles, the FA Cup and the Europa League in the 2018-19 campaign.

But his days with the club are numbered. 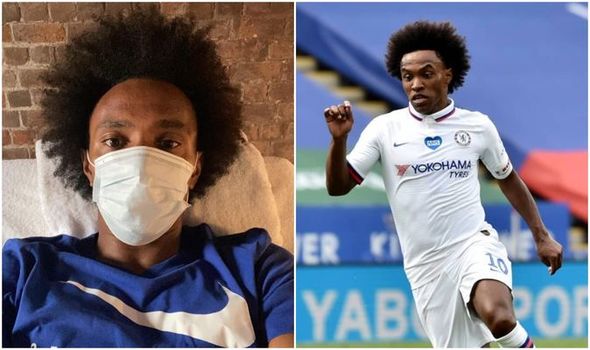 And that, according to journalist Fabrizio Romano, is because Willian has rejected Chelsea’s latest contract offer.

The winger wants a three-year deal but Frank Lampard’s side are only prepared to offer a two-year deal, expiring in June 2022.

“Willian has refused another bid from Chelsea to extend his contract until June 2022,” Romano tweeted. “Still no agreement.”

Romano continued to discuss interest from London rivals Arsenal and claims that the Gunners are in talks with his representative, Kia Joorabchian.

“Arsenal are now in talks with his representatives to sign him as a free agent – no bids from Barcelona at the moment.”

The Gunners have done plenty of business with Joorabchian in recent months with clients Cedric Soares and David Luiz having penned deals.

Barcelona and David Beckham’s Inter Miami are also interested in luring Willian to the US.