Arsenal legend Ian Wright thinks Mikel Arteta must drop Granit Xhaka, Alexandre Lacazette and Willian following the club’s 1-0 defeat to Burnley on Sunday. The Gunners were beaten at the Emirates Stadium courtesy of an own goal from club captain Pierre-Emerick Aubameyang. And that means they sit just five points above the relegation zone after 12 games played.

Arsenal went into the match against Burnley seeking a return to winning ways in the Premier League after recent defeats to Wolves and Tottenham.

But the Gunners crashed to yet another loss, with the Clarets picking up all three points in north London.

It’s a defeat that has sparked much anger on social media. Many fans have called for Arteta to be sacked, especially with Massimiliano Allegri and Mauricio Pochettino currently available.

And Wright, speaking on Match of the Day, has slammed Arteta for the faith shown in Xhaka, Lacazette and Willian of late.

Xhaka saw red on a chastening night for Arsenal after appearing to throttle Burnley’s Ashley Westwood.

And Wright said: “The manager has stuck with him [Xhaka] for a while. 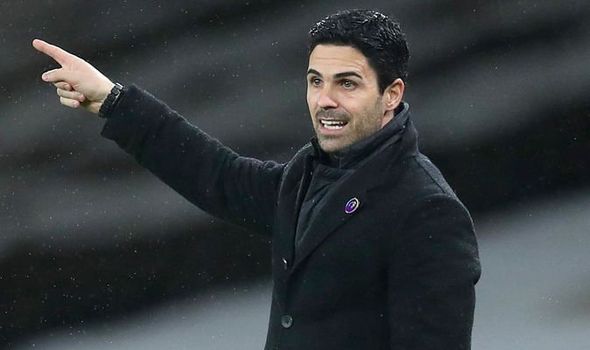 “There are players now that should be getting a blast at it now. Throw in Eddie Nketiah, Emile Smith-Rowe coming back on-loan and doing well at Huddersfield last season. Joe Willock. Ainsley Maitland-Niles.

“You need to do something different because if it carries on like this and he continues to have faith in these players, and they are not delivering, then I don’t know what’s going to happen next.

“It’s a time when you need experienced players the most.

“I feel like at this particular moment, he has had a lot of faith in them and they have kind of let him down up to this point. 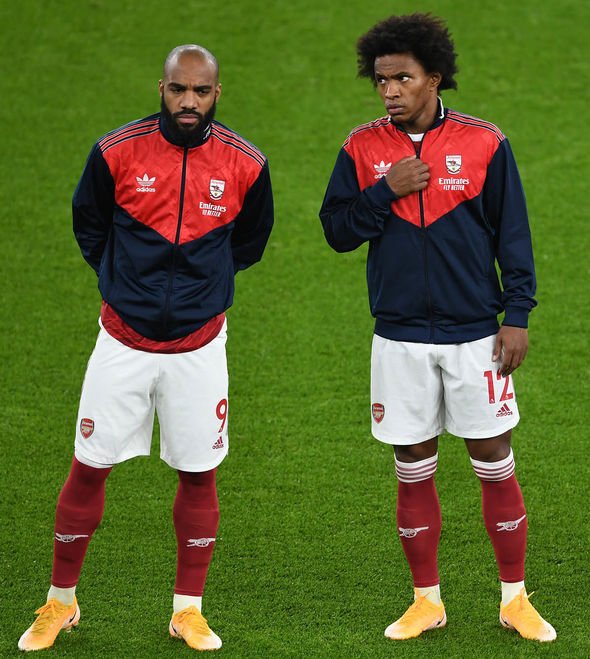 “I think Arsenal are at a real crisis point in terms of confidence. It’s going to be even lower now and it’s going to take something to build them up. This is why it needs some freshness. Just blood some fresh impetus.”

Xhaka’s dismissal was a moment of madness and Troy Deeney was also critical of the Arsenal star after the Burnley game.

“If you’re going to be the hard man, the leader, go and smash someone in a tackle,” the Watford striker told talkSport.

“Don’t get up and grab him round the throat and then go off and kick a water bottle.

“Go and smash someone or run past somebody with someone looking saying ‘that’s what they want to do’.

“It doesn’t always have to be about the quality, and in certain moments in games or in a season – like now when they are not playing well – you’ve got to run through brick walls.

“You’ve just got to show you care.

“And if you do the simple things well the quality will come in the end.”

Arsenal are next in Premier League action against Southampton on Wednesday (6pm).

Another defeat would potentially see Arteta sacked, with former Juventus boss Allegri currently the favourite to take over.