Kolo Toure has opened up on his bizarre introduction to life at Arsenal – one that left Arsene Wenger laying on the physio table with a swollen ankle. Back in 2002, Toure arrived in North London as an unknown 21-year-old, but quickly made a name for himself.

In a trial session put on by Arsenal’s legendary former manager, the central defender hurled into challenges with Thierry Henry, Dennis Bergkamp and Wenger himself.

The last of those challenges saw the Frenchman limp out of the training session, leaving the young trialist close to tears.

Speaking to FourFourTwo, Toure recalled: “I was really fortunate to be able to go to that trial. I spent two weeks there and, as you know, I put that tackle in on Arsene Wenger! 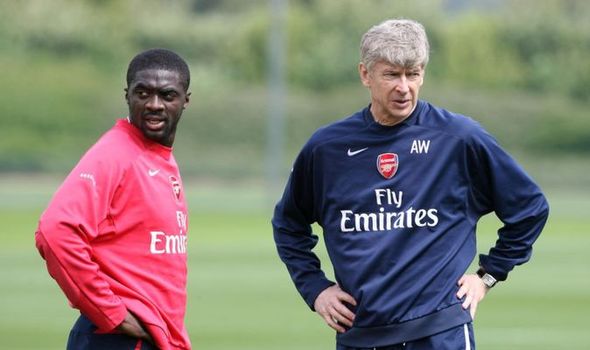 Asked how the boss responded to the incident, he believed that moment was the defining factor in Wenger’s decision to sign him soon after.

“All the players were laughing and I was in shock! I thought they were going to get rid of me there and then.

“But Arsene is an intelligent guy: he only saw a young African boy who was keen to impress him, and gave me that opportunity to express myself and show what I was capable of doing.”

And that assumption was spot on, with Ray Parlour revealing Wenger told players he would sign the defender due to his desire and bravery. 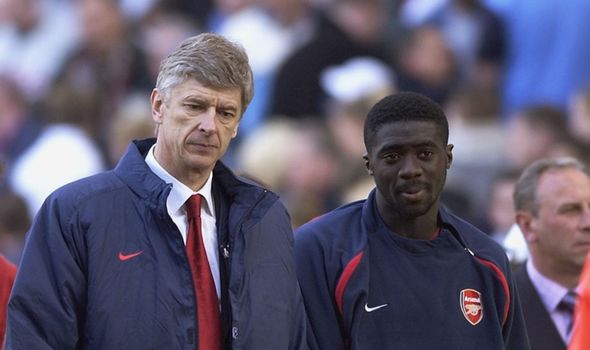 “All you heard was ‘ahhhh’. The lads are like ‘this is unbelievable. He’s took out Bergkamp, Henry and Wenger on his trial,” Parlour told talkSPORT.

“Wenger has had to limp off. He’s gone back to the medical room. Kolo Toure is like ‘oh no’ and nearly crying. He can’t believe it. It’s his big day at Arsenal and he’s took out two of our best players and the manager.

“That afternoon, I remember going into the medical room to see Gary Lewin about something and Arsene Wenger is sitting there with a big ice pack on his ankle and I felt sorry for Kolo Toure.

“I said ‘boss, I don’t think he meant to kick you like that’. 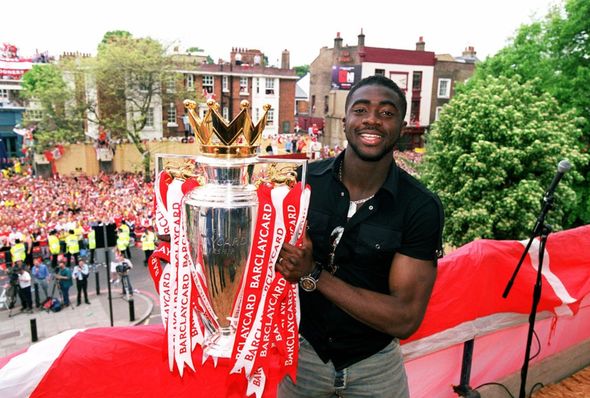 “He said ‘I know he didn’t mean it, I like his desire. We’ll sign him tomorrow’ and that was it.”

It was a deal that worked out brilliantly for all parties, with the £150,000 fee proving to be one of Wenger’s biggest bargains during his stay in the Gunners dugout.

Partnering Sol Campbell, Toure was a mainstay in the side that would etch themselves into the history books in 2003/04, completing an entire season unbeaten.

In total, Toure, who is now a coach at Leicester, made more than 300 appearances for Arsenal, proving Wenger’s first instincts were absolutely spot on.