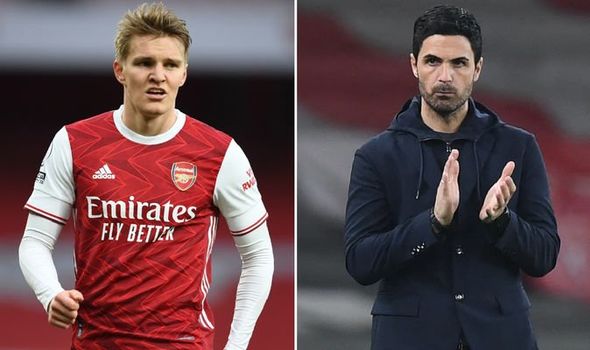 Martin Odegaard’s future is a hot subject at the minute with Arsenal keen to sign the attacking midfielder permanently in the summer transfer window. Mikel Arteta wants to link up with the Norway captain full time at the Emirates and has also been discussing his own future. Express Sport brings you a fresh round-up of all the latest Arsenal news.

Arsenal want to sign on-loan playmaker Martin Odegaard on a permanent deal from Real Madrid in the summer transfer window – and may need Real Madrid to beat Liverpool to do so.

The 22-year-old has been excellent for the Gunners and the Independent say the chances of him moving to the Emirates permanently may be tied to Real Madrid’s on-pitch fortunes.

Los Blancos are six points behind La Liga leaders Atletico Madrid and were knocked out of the Copa del Rey by third-tier side Alcoyano.

They take on Liverpool in the Champions League quarter-final though and will face Porto or Chelsea in the semis if they progress to the final four.

And the report claims that if Zinedine Zidane’s side continue to struggle, the Frenchman could be dismissed and Odegaard’s chances of having a role to play next season are increased. 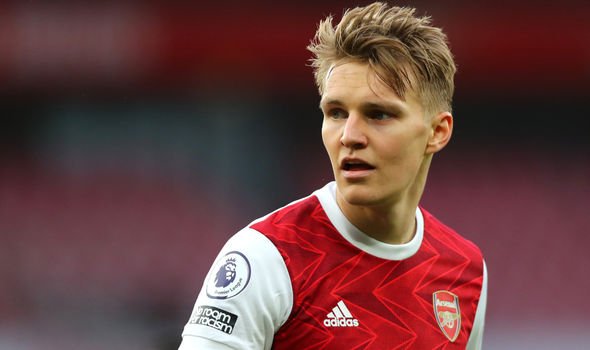 But if the Spanish heavyweights go on to win a 14th European Cup under Zidane, the legendary former playmaker is far more likely to keep his job.

And that would significantly improve Arsenal’s chances of landing Norway international Odegaard on a permanent basis.

Liverpool take on Real Madrid in Spain in the first leg of their quarter-final tie on April 6 before the return leg at Anfield on March 14.

Arsenal manager Mikel Arteta has hinted he would like to manage Paris Saint-Germain one day.

The 38-year-old former midfielder enjoyed a stint on loan at PSG from Barcelona and made 53 appearances, scoring five goals. 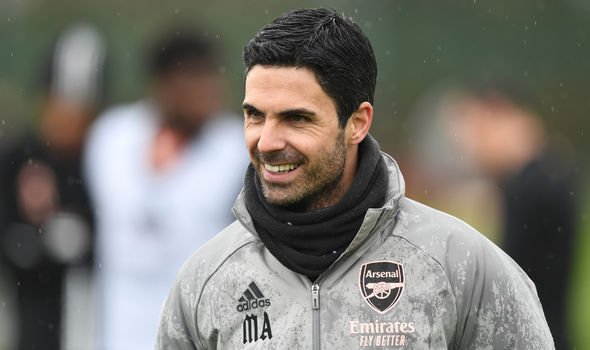 And talking to beIN Sports France, Arteta hinted he’d like a return to the French champions as manager one day in the future.

The Spaniard did make clear, however, that he has plenty of time left at Arsenal having only taken up his first job as senior coach in December 2019.

“I love Paris, I love Paris,” Arteta said. “I have very good memories from over there. It was my first club as a professional. The club is always in my heart.

“You never know, but I have a lot of work to do [at Arsenal]. PSG have an incredible team. The manager Mauricio Pochettino is a coach that I am close to because I played with him at PSG.

“He is a very, very strong manager and I hope that he will win a lot of titles with PSG.”

Troy Deeney thinks Pierre-Emerick Aubameyang has not been his “normal self” for Arsenal this season due and has been impacted by speculation about his future.

The 31-year-old has only scored nine Premier League goals this season and was an unused substitute in the recent north London derby win over Tottenham due to timekeeping issues. 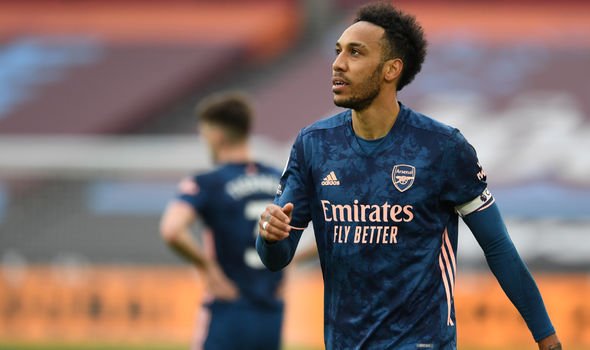 He returned to the starting line-up against West Ham but was ineffectual in a 3-3 draw and was hooked as Arsenal chased a late winner.

And Watford captain Deeney told talkSPORT of Aubameyang’s performance: “He wasn’t great yesterday. I think there was a moment just before he came off where [Alexandre] Lacazette gave him the ball on the left.

“Normally, he’d have a touch and shot and he took one, two, three touches and got caught out. That’s when you know when someone’s not in their normal rhythm.

“Let’s be honest he’s a top finisher but normally it’s one touch, shoot. Normally strikers have a favoured position and that’s his, in the box, and he’s going through one of those moments.

“He had a short pre-season and the contract stuff affected him.”