All or Nothing Arsenal: Mikel Arteta delivers dressing room speech

Arsenal’s new signing Gabriel Jesus has been compared to Thierry Henry and Ian Wright and the £45million man has already impressed Gunners boss Mikel Arteta. The Brazilian striker has scored seven goals in pre-season and recorded one assist ahead of his side’s opening game of the Premier League season away to Crystal Palace on Friday evening.

Jesus was brought in from Manchester City to lead the line after both Pierre-Emerick Aubameyang and Alexandre Lacazette departed the Emirates in the past year. Former Aston Villa striker Gabby Agbonlahor believes that the Brazilian is “guaranteed” to score at least 15 league goals and compared him to two Arsenal legends.

“I don’t really count pre-season because everyone is at different stages of fitness, the players you play against might not be as fit as you,” Agbonlahor told Football Insider. “But what you can tell from pre-season is that he is going to fit into the Arsenal way. He’s going to get so many chances, chances that [Pierre-Emerick] Aubameyang, [Alexandre] Lacezette, [Eddie] Nketiah and [Folarin] Balogun were all missing, he will put away.

“He will get at least 15 Premier League goals, guaranteed. That’s huge and what Arsenal have been missing. Over the years they’ve had Ian Wright, Thierry Henry, now this is the next one for Arsenal. I’m sure he’ll be on penalties, he’ll be on everything, he’ll be the talisman.” 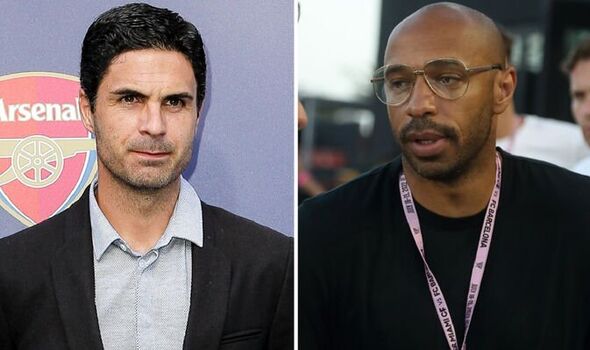 Arteta worked with Jesus during his time as assistant to Pep Guardiola at Manchester City, and is clearly over the moon with his quick transition to life at Arsenal. “You are hoping that [a player settling in quickly] that is going to happen,” Arteta said.

“But obviously a player has to adapt to a new city, to a new club, new teammates and he’s done it in a really fast and natural way. You can see the way they look for him on the pitch, on and off the ball, and what he’s able to transmit as well on that pitch so I am really happy. 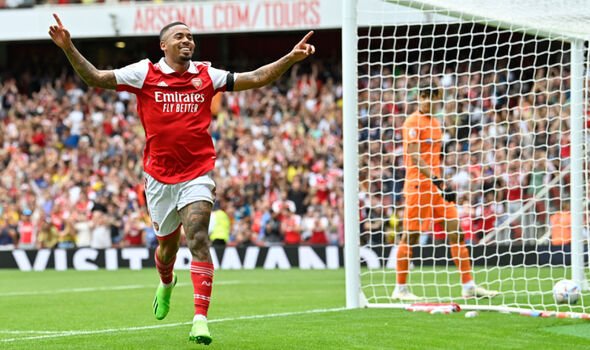 “We tried to improve the team and recruit in order to get better and obviously there were some things that we didn’t have. We tried to get them when we bring people in or develop our players and that’s always the objective.”

“We need another forward,” he told Football Insider. “I would sign a versatile forward who can play across the front line. This is where Liverpool and Man City have got it right in my opinion. They have interchangeable pieces up top.”