Arsenal have reportedly put Alexandre Lacazette on a list of players they’re looking to sell with Mikel Arteta not keen on the forward. Lacazette joined Arsenal from Lyon back in 2017 for what was then a club record fee worth up to £53million.

And he’s been a regular feature under Arsene Wenger, Unai Emery and now Arteta.

But the Frenchman has often come under fire for his lack of goals and he fell down the pecking order last season starting just 22 Premier League matches.

Academy graduates Eddie Nketiah and Folarin Balogun have all been given chances to prove themselves recently with Arsenal seemingly leaning towards their talented youth players on a regular basis.

Lacazette’s future at the club was questioned last summer with a number of clubs reportedly interested in taking him from the Emirates.

JUST IN: Arsenal boss Arteta warned he has another Ozil on his hands 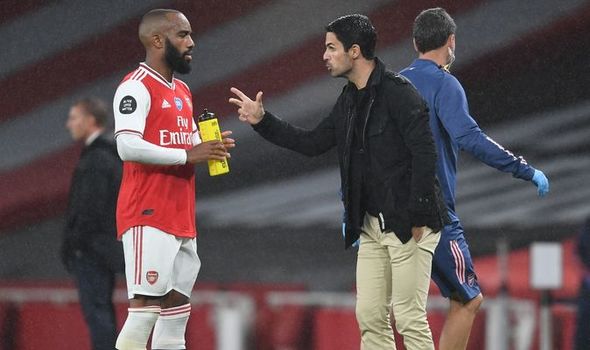 No deal materialised with Arsenal sticking with the 29-year-old, but there has been no progress on a new contract with his current deal expiring next year.

Arsenal will not want a similar situation to the one they had with Mesut Ozil and Aaron Ramsey where both players were allowed to leave for free.

Lacazette remains an enticing option for clubs around Europe looking to bolster their attacking options.

And according to Spanish outlet AS, Atletico Madrid have a longstanding interest in the striker.

It is claimed that Atletico boss Diego Simeone in particular is a huge fan, and Lacazette’s relationship with Arteta is reportedly ‘strained’.

The report goes on to state that Arsenal are prepared to sell Lacazette as part of their overhaul heading into the summer transfer window.

Atletico may not have a need to bring in another world class forward though having signed Moussa Dembele on loan until the end of the season. 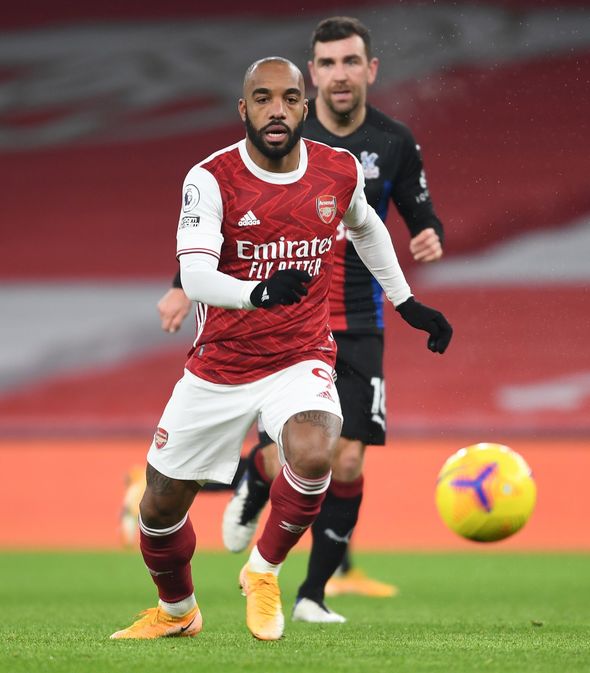 But they may be looking to bring in a replacement for Luis Suarez as he comes to the end of his career.

Despite being 33 years of age, Suarez has been a revelation since leaving Barcelona for Atletico last summer.

Lacazette though has also been in good form recently, scoring four goals in as many games with Arsenal aiming to climb up to the European spots.