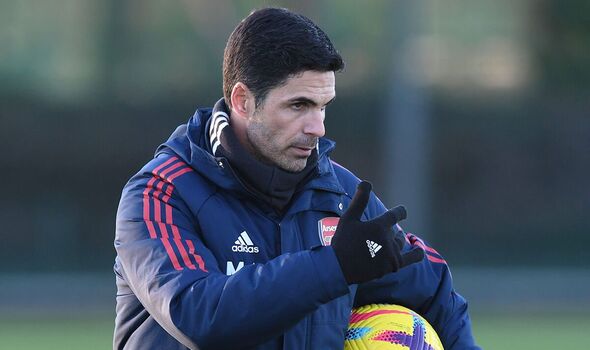 Arsenal have recalled youngster Miguel Azeez from a second loan spell in the space of 12 months. He will return to the Gunners after having his time at UD Ibiza cut short.

Azeez had a disappointing loan spell at Portsmouth in the first half of last season. He was set to spend the whole 2021/22 campaign at Fratton Park but after making just 10 appearances, between September and January, Arsenal recalled him.

The north London club saw it best for him to continue his development back with them. Azeez sat on the bench for four Premier League matches but did not make an appearance in the remainder of the campaign.

He made it clear in the summer he wanted another taste of senior football and joined Spanish second division side Ibiza for this season. However, Ibiza announced on Wednesday that an agreement has been reached with Arsenal for the deal to be cut short.

Azeez played 10 times for Ibiza but only featured in two of their last nine league matches. He failed to score or assist and picked up three yellow cards.

The news will be a blow to the 20-year-old, who was keen to gain further experience of senior men’s football. Azeez first joined Arsenal’s academy at the age of five in 2008 and has therefore been at the club for almost 15 years.

His one solitary appearance for the Gunners first team came as a substitute in the Europa League away to Dundalk in December 2020. Speaking to football.london last summer, Azeez expressed his need for playing regular football.

He said: “I want to play the full season in men’s football, wherever that is. Whether that’s here, or someone else, it is what it is, but that’s the main goal for me.”

However, he was also thankful of being able to train and work alongside the Arsenal first team players and staff. He added: “Yeah it’s been a really good experience. Learning from those top quality players, top quality managers and staff.

“So it’s been a really good experience learning from them every single day and try to take some of the stuff from over there back to the 23s. It’s important for being a leader and they have a lot of leaders in that team, so it’s good to add that to my game.”