Arsenal have provided an injury update on three players ahead of their Premier League clash with Burnley but have given little away as to how long Thomas Partey will be out. The summer signing was forced off against Tottenham a week ago with a thigh problem.

The 2-0 loss to Spurs was Partey’s first match in close to a month but he had to limp off in the first half after pulling up with a recurrence of his thigh complaint.

And the club have confirmed that it is the same problem that dogged the Ghanaian prior to the north London derby, but refused to offer a timescale regarding his return.

Arsenal wrote in an update on their official website: “Left thigh. Sustained a strain to the left thigh during Tottenham Hotspur (a) last Sunday.

“This is in the same area of the thigh as the initial strain which Thomas sustained against Aston Villa (h) on November 8.

“Thomas will be unavailable for forthcoming matches and is working hard with our medical team in order to return to training as soon as possible.” 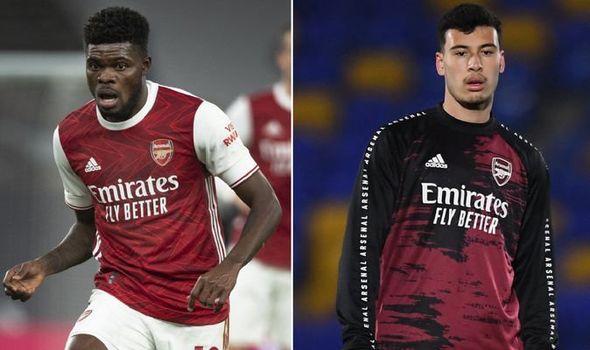 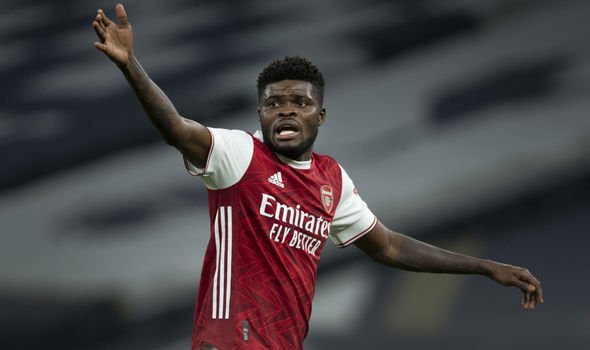 Posting on Instagram on Thursday, Partey wrote: “I have had the bad luck to suffer an injury but I hope I can play again soon and fight for this team.”

While Arteta defended his decision to put the 27-year-old back into his starting line-up at the Tottenham Hotspur Stadium.

He said after the loss to Spurs: “He did incredibly well and was very confident [he was ready to play].

“We tested him three times and he had zero incidents. In football you have a lot of unpredictable actions.”

He added: “Thomas is out for a few games. It is the same area where he got injured previously and we will have to see how long it takes to heal.” 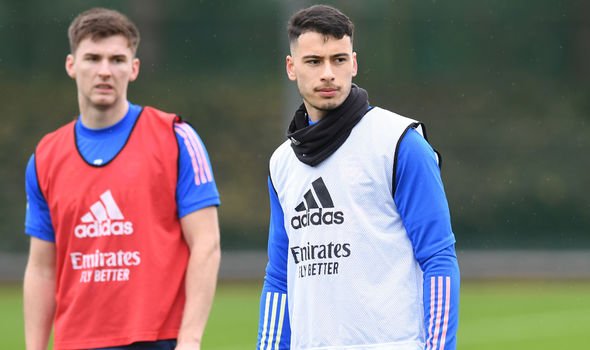 In more positive news, Gabriel Martinelli is closer and closer to a first-team return with the young Brazilian attacker having not played since March.

Martinelli had knee surgery back in July but returned to the pitch to play 45 minutes as Arsenal’s under-21s side lost to Wimbledon in the Papa John’s Trophy this week.

Arsenal said of the forward: “Left knee. Sustained injury during training on June 21. Gabi successfully played 45 minutes for the Under-21s in the EFL Trophy on Tuesday night.

“He has recovered well from the match and is now in full training.”

Arteta will hope to be able to call upon Martinelli as soon as possible with Arsenal facing 10 league and cup fixtures between now and January 16.

The Gunners also added that David Luiz could be fit to face Burnley and will be monitored following a sickening clash of heads with Wolves’ Raul Jimenez at the end of last month.

Arsenal said: “Head. David sustained a deep laceration to the head during Wolves (h) on November 29. 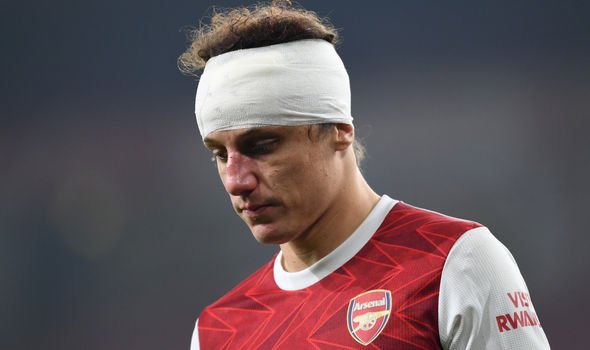 “Due to the significant impact, David has continued to be closely monitored for a concussion and has followed all protocols.

“David is now back in training and his fitness will continue to be assessed ahead of Sunday’s match.

“David has been in contact with Raul Jimenez and we were all delighted to see the pictures of Raul visiting his team mates at the Wolves training centre last week.

“The best wishes of David and everyone at the club continue to be with Raul and his family.”

Arsenal will be without Nicolas Pepe against Burnley with the Ivorian winger serving the final match of a three-game ban.

Premier League free agents: 50 out-of-contract stars your club could sign for nothing in 2019