Atletico Madrid, Real Betis and Juventus are among those interested in the 26-year-old, although it is the La Liga champions who seemingly have the best chance of landing Bellerin if Kieran Trippier decides to return to the Premier League this summer.

It is understood that the move to Atletico would almost entirely hinge on Trippier’s exit, something which manager Diego Simeone is keen to avoid, having praised the Englishman time and again this season.

Manchester United are supposedly keen on the former Tottenham Hotspur man as a more attacking alternative to Aaron Wan-Bissaka.

Elsewhere, Real Betis have got the sentimental joker up their sleeve with Bellerin’s father a lifelong supporter of the club.

The Spaniard would certainly not be short of game time at Betis who pipped Villarreal to sixth place in La Liga this season, but the club have indicated that they would be unable to meet Arsenal’s £20m valuation despite selling Emerson Royal to Barcelona last week.

As such, any move would likely be temporary unless Betis can raise additional funds. 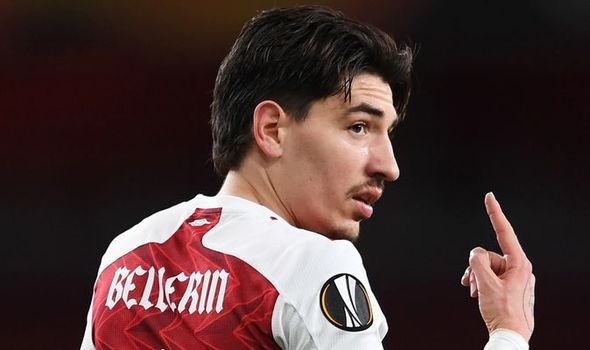 Finally, Sport have reported interest in Bellerin from Juventus, including the possibility of offering former Gunner Aaron Ramsey in a swap deal.

However, such transfers are almost always more difficult to work out.

At present, these three clubs are front-running in the race for Bellerin’s signature, although plenty more could be set to join the party.

Sums in the region of £60m have been banded about in recent weeks, with Inter needing to sell in order to balance the books which effectively led to Antonio Conte’s untimely exit from the San Siro.

With this in mind, Bellerin could emerge as a cheaper alternative to Hakimi as word spreads about his potential exit from the Emirates for just one third of the price.

Unfortunately for Bellerin, however, his tendency towards injury has restricted him to less than 30 league appearances in every season since 2017-18, a statistic which may put potential suitors off.

With Joe Willock, Granit Xhaka and Ainsley Maitland-Niles already on the list of names heavily linked with moves away from North London this summer, an additional £20m for Bellerin could trigger a wealth of transfer activity for Mikel Arteta’s side in the coming weeks.

Bellerin’s future is most definitely uncertain. Any proposed move away, whether it be to Atletico Madrid, Real Betis or elsewhere rests on a range of possible events which could spark the necessary chain reaction into life.