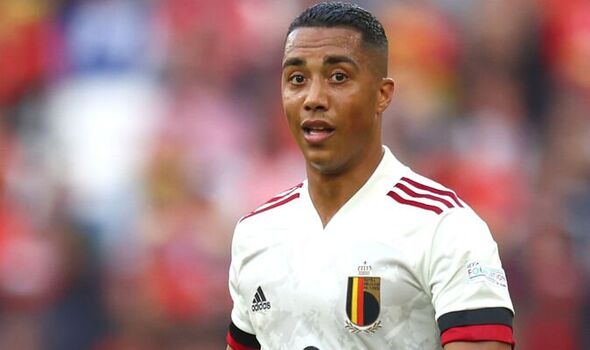 Arsenal must be wary of asking too much of Youri Tielemans in his debut season at the Emirates if they can reach a deal to sign the Leicester midfielder this summer. The Belgium international is one of Mikel Arteta’s priority targets in the current transfer window, which officially opened on Friday.

It was thought the Gunners’ failure to qualify for the Champions League might hurt their chances of signing Tielemans. But The Athletic now say the 25-year-old no longer sees it as a necessity that his next club are playing in the competition.

Arsenal are said to be confident of signing Tielemans with just one year left on his contract at Leicester. The Foxes are expected to green-light a sale this summer to avoid losing the player on a free in 12 months’ time.

But the box-to-box midfielder, who Leicester may ask at least £30million for, is coming off the back of a hectic campaign. His start against Wales in Cardiff on Saturday night, a 1-1 Nations League draw in which he scored Belgium’s goal, was his 58th appearance of the season for club and country.

Of the Arsenal squad only Martin Odegaard, with 52 appearances, and Bukayo Saka, with 51, come close to that. And Tielemans made an exhausting 66 appearances in 2020-21 too including the Euros. He started Leicester’s first match of this term on August 14 having only finished his previous season on July 2 with Belgium.

And in 2019-20 Tielemans also played 49 times. With the former Anderlecht ace likely to be the go-to starter alongside Thomas Partey if he’s brought to Arsenal, Arteta must be careful not to overload his new player given his workload in recent years.

The Spanish coach would no doubt want as much time as possible to work with Tielemans in pre-season but if he is signed, Arsenal must ensure he gets ample rest before he joins his new team-mates in training. The Gunners will need him as fresh as possible the opening day on August 6, if he’s signed before then.

With Granit Xhaka linked to Bayer Leverkusen and Roma, Arsenal may only have Partey, Albert Sambi Lokonga and Mohamed Elneny as senior midfield options before Tielemans next term. Losing the Belgian for an extended period due to him being overloaded would be a huge blow.

And given the desire for Arsenal to also sign a striker and a left-back this summer, it looks unlikely another midfielder on top of Tielemans will be brought in. Especially given the north Londoners generally only play with two in the middle anyway.

That means protecting Tielemans from fatigue must be a key task for Arteta throughout the season if Arsenal are to realise their ambitions of qualifying for the Champions League. Arteta might be wise to not to play Tielemans in any Europa League group stage matches to feel the benefit towards the climax of the campaign.

Coronavirus: Serie A given August 20 deadline to finish 2019/20 season