Gabriel Jesus could not have had a better pre-season in an Arsenal shirt following his move from Manchester City. And it is clear he already has two partners in crime at the Emirates.

Martin Odegaard and Gabriel Martinelli in particular linked up well with Jesus during the 6-0 demolition of Sevilla on Saturday. Jesus scored a hat-trick to give more than a glimpse of what is to come from him this season.

He has netted seven times in the pre-season friendlies and is raring to go ahead of the Premier League opener against Crystal Palace next Friday. And in Odegaard and Martinelli, he has the perfect opportunity to thrive in Mikel Arteta’s team.

Odegaard and Jesus linked up beautifully at times against their Spanish opponents. The duo’s close control is something to behold. 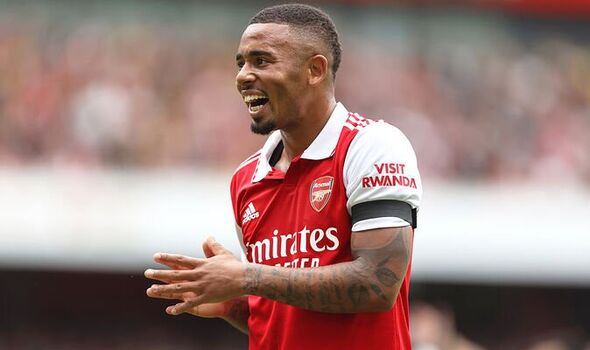 Odegaard had a fine first full season at Arsenal last term following his permanent move from Real Madrid. But many feel there is still more to come from the Norwegian.

Arteta has appointed him as his skipper, to emphasise the faith he has in him. And after the Sevilla win, the Gunners boss noted the impact Jesus has already had on Odegaard.

Arteta commented: “Gaby [Jesus] makes Odegaard better. We needed someone to make him look better. The connection is there.”

But it’s not just Odegaard who looks better alongside Jesus. Martinelli has undoubted potential but Arteta needs him to start to fulfil that this season. 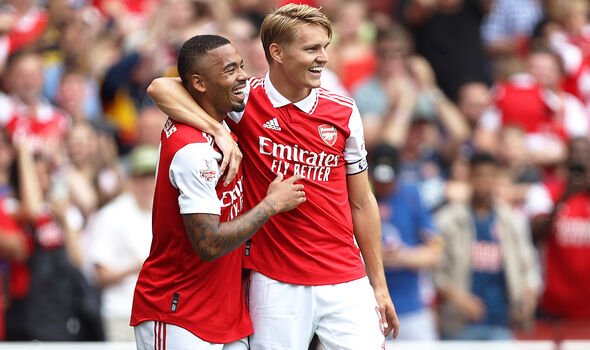 He has scored just twice in a Gunners shirt since last December. But if he continues to be given a chance alongside Jesus, that goal return will only increase.

Martinelli started on the left against Sevilla but Jesus’ tendency to drop out wide allows his fellow Brazilian to drift in towards goal. Martinelli didn’t score on Saturday but the signs were positive and the link-up with his new team-mate was exciting.

Jesus’ versatility was one of the things that attracted Arteta to him. The Spaniard said: “His versatility is well known. He can play centrally, left, right. He can play in a two like he did with Eddie [Nketiah] in pre pre-season. He gives us a lot of flexibility.”

Martinelli has the potential to play as a No 9 in the future. And both he and Odegaard in particular are set to flourish after the arrival of Jesus.

Your ultimate guide to money being spent by Premier League clubs

Messi scored some epic Barcelona goals… but which make the top 10?