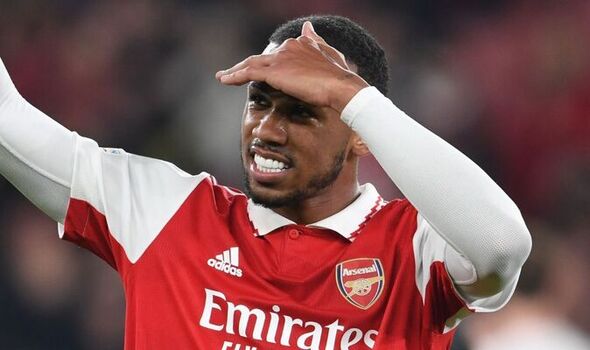 Arsenal centre-back Gabriel Magalhaes showed dignity and class on social media in light of his gut-wrenching World Cup snub that came just hours after he scored the winning goal in the 1-0 win at Chelsea. While the defender is yet to win a cap for Brazil, the 24-year-old was hopeful he had done enough to earn his place on the plane following a fine start to the season with the Gunners in the Premier League.

Gabriel received his first international call-up last November as a reward for his impressive form at club level but he is still yet to make an appearance for the national team.

Unfortunately for him, Tite was not willing to include him for the tournament after selecting Gleison Bremer of Juventus instead.

Eder Militao will also provide competition and support for first-choice centre-back duo Thiago Silva and Marquinhos – highlighting Brazil’s strength in depth as they head into the tournament as one of the clear favourites.

The vast majority of the players that made the squad uploaded a video with their families reacting to Tite’s announcement – meaning Gabriel could not escape the agony after his World Cup dream was wiped from beneath his feet.

Nonetheless, the Arsenal man was willing to like Vinicius Jr and Bruno Guimaraes’ posts on Twitter that detailed their delight at their selection.

Gabriel also shared a post onto his Instagram story which read: “I saw you grow up in football, brother. You are the pride of our neighbourhood.”

He was not the only notable Premier League absentee – to soften the blow. Liverpool’s Roberto Firmino was also left out of the squad despite an impressive start to the season.

There was positive news for Arsenal’s two other Brazilians though after Gabriel Jesus and Gabriel Martinelli both received the nod from Tite.

Jesus can perhaps count himself fortunate having now blanked in his last 10 games for the Gunners.

The striker has not scored since October 1 when Arsenal beat Tottenham 3-1 in the north London derby at the Emirates.

Arsenal still have two matches to play before the mid-season break as they host Brighton in the Carabao Cup before travelling to Wolves in the Premier League this weekend.

Beyond that, they are expected to fly to Dubai in December for a round-robin tournament that could also feature Liverpool, although they are unlikely to play the Reds.

Gabriel is expected to be part of the group that travels to the Middle East without those playing at the World Cup.

Mikel Arteta’s side return to action on Boxing Day when they host West Ham at the Emirates.