Arsenal return to Premier League action tonight when they host Crystal Palace with a few decisions for Mikel Arteta to make. Express Sport takes a look at the team Arteta is likely to select.

Runar Alex Runarsson has struggled to make an impact at Arsenal since his summer move as a replacement for Emiliano Martinez.

It’s meant Bernd Leno’s place as Arsenal’s No 1 has been unchallenged this year and he’s a certain to feature in goal against Palace.

The German hasn’t conceded a goal since the Boxing Day 3-1 win over Chelsea having kept Brighton, West Brom and recently Newcastle at bay. 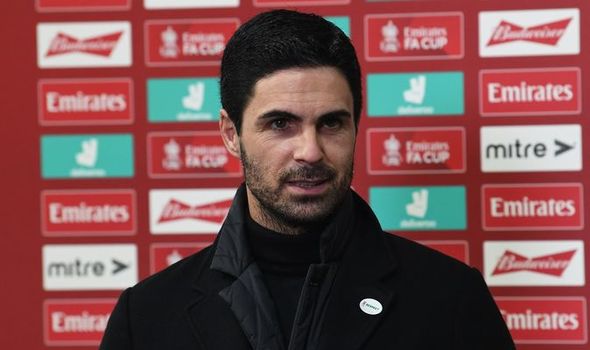 Gabriel Magalhaes could well make his return to Arsenal’s starting line-up having returned to full training.

He was unavailable for the last three games due to testing positive for coronavirus, but the defender is fully fit now to be selected.

But Arteta will probably stick with the same back line which helped keep West Brom at bay earlier this month.

David Luiz and Cedric Soares were handed starts against Newcastle in the FA Cup, but Hector Bellerin and Rob Holding should return.

The midfield trio who impressed against West Brom were given a rest against Newcastle, although the promising Emile Smith Rowe came off the bench to score.

Since being given the chance to play as Arsenal’s No 10, Smith Rowe has excelled in the position with the Gunners winning their previous four matches.

Thomas Partey could make his return to the squad, but it’s likely he will be named on the bench for this game.

The midfield duo of Granit Xhaka and Dani Ceballos are likely to start together again as well after Mohamed Elneny played 120 minutes against Newcastle. 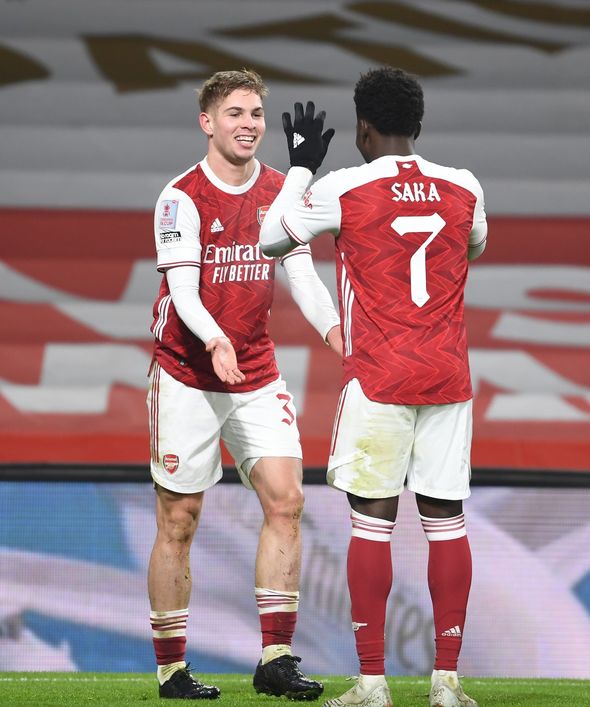 Bukayo Saka has been Arsenal’s bright spark going forward this season and his place in the starting line-up is almost guaranteed at the moment.

He ranks among the team’s best for distance, sprints and top speeds and he’s contributed to three goals in as many league games.

Pierre-Emerick Aubameyang still hasn’t managed to rediscover his best form but he did score with a neat finish against Newcastle at the weekend.

Alexandre Lacazette though has been the man in form recently with four goals in his last three league games as well as providing the assist for Smith Rowe in the FA Cup.