Arsenal, who have been long-term admirers of Raphinha, have submitted a formal bid for the Leeds winger. However, their offer falls well below Leeds’ valuation, according to reports, giving Chelsea the chance to steal a march.

Mikel Arteta identified the Brazilian as a target this summer to bolster his attacking options. The 25-year-old, has also been heavily linked with a move to Barcelona, and while Raphinha favours a move to the Cataluna, Barca’s financial problems has complicated a potential transfer.

According to The Athletic, after Barca, Raphinha would favour a move to Chelsea given they will be competing in Champions League football next season – something the Gunnners are unable to offer. At Stamford Bridge, he would also have a better chance of winning major silverware. 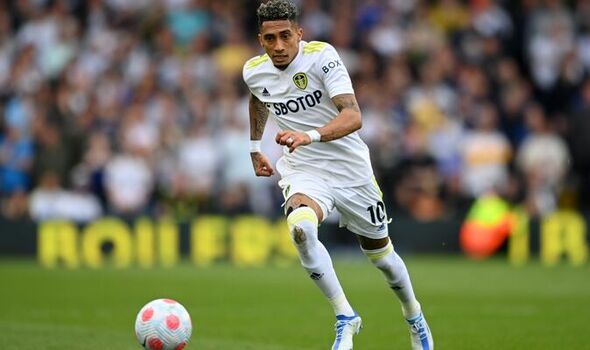 Meanwhile, Arsenal will be competing in the Europa League next season after finishing fifth last season and just missing out in a Champions Legue spot to Tottenham. Antonio Conte’s Spurs were also monitoring the player’s situation, but he is not their first-choice option.

Reports state that the Gunners would be Raphinha’s choice, if he decides to remain in teh Premier League. Though it is understood that Leeds are holding out a £50m for their player to leave Elland Road this summer.

Leeds on the other hand, are sympathetic of Raphinha’s ambition to play in European stages and will therefore not be unfair to him if his valuation is met. Midway through the season, it looked like the Brazil international would commit his long-term future to Elland Road but the club is aware he wishes to be playing in European competition.

Speaking of the player, Leeds boss Jesse Marsch said: “Raphinha is a massive talent and my challenge is, despite all of the talk outside, is to have a relationship where we can focus on his development in helping the team while he is here. 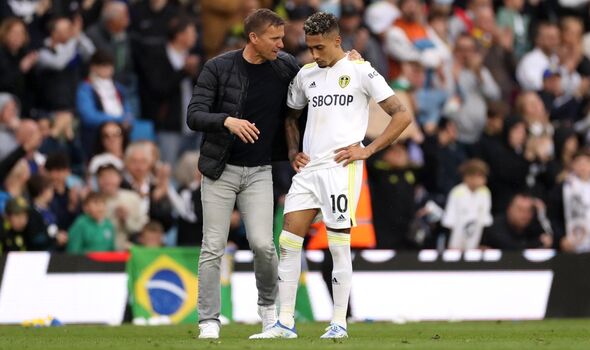 “I just want him to become the player I know he can be. Everyone here wants to enjoy the football he can play and of course we want him to stay as long as possible. Fantastic player and very good person.”

Raphinha enjoyed two seasons at the Whites following his £17million switch from Rennes in 2020 and has gone on to score 17 goals in 65 appearances. The 25-year-old is contracted until the summer of 2024.

Will Petr Cech have a say on transfers in new Chelsea role after leaving Arsenal?